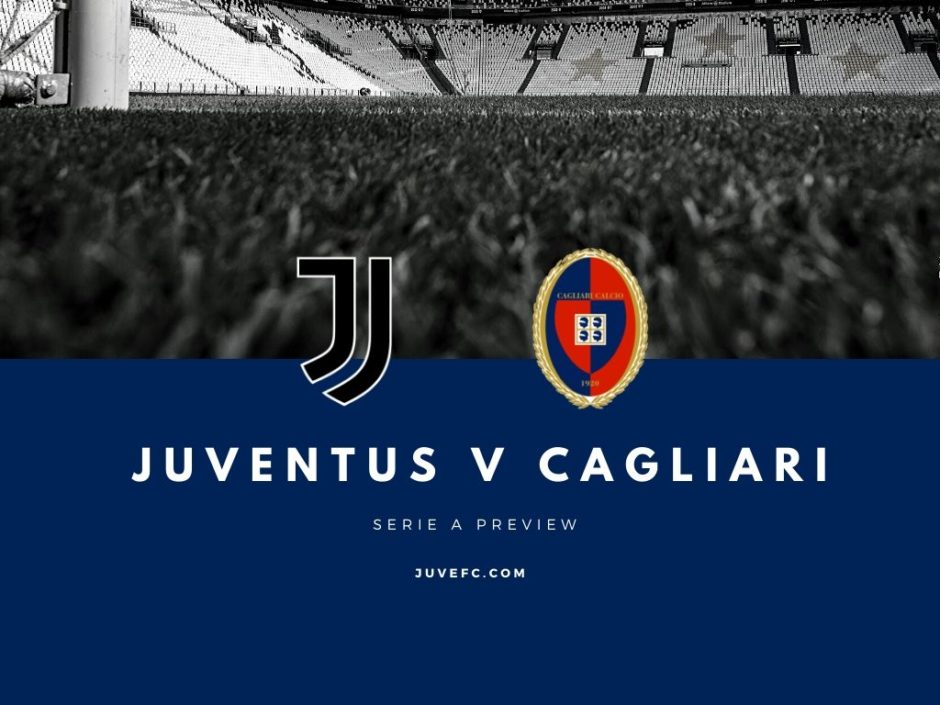 The Supercoppa in Riyad was a worse loss than the one in Serie A against Lazio, as Juventus did not come ready to play, looking outmatched for long stretches and deservedly going down, while the previous one was certainly flukier. The shorter turnaround might have had an effect as there was a gulf in the energy level of the two teams, but the Bianconeri should be more than accustomed to playing every three or four days, so that is not really an excuse. There should have been an ample rotation against Sampdoria, but that is neither here nor there at this point. In the final six weeks of 2019, the lads have lost that level of consistency they had achieved earlier in the campaign and it is hard to pinpoint the reason why.

If the Cristiano Ronaldo-Gonzalo Higuain-Paulo Dybala front-line was good to go against the Biancocelesti, there is not really any tactical or work-rate justification for it not being the main solution. It produced the bare minimum in that clash, but the whole squad did not seem to have it that day, so there is no alternative to chalking it up to an off-game and move on, even though it cast a big shadow on the Winter break.

A more constant use of the three-headed attack would have some meaningful ramifications, both positive and negative, on the roster and on the transfer market strategies in January. First of all, a back-up striker would be welcomed because it is not like they can all play all the time, especially from February when Champions League will be back. Two of them would have to always be on the pitch and that would be quite taxing. It is one of the main concerns and, considering how difficult it was to put together the list back in August, it is unlikely to be fixed. It is also where, even though there were understandable ulterior motives, letting go a talented club-trained player like Moise Kean really hurts.

On the other hand, it would free up Aaron Ramsey and Federico Bernardeschi for the midfield, which is the area where Juventus have had the most troubles so far. Miralem Pjanic had a hot streak to open the season, but he tends to disappear in big games and, when he struggles, the impact is devastating on both sides of ball. Rodrigo Bentancur has been the only consistent performer, but he will now be out for three games. Blaise Matuidi is useful but does not move the needle. Adrien Rabiot is trending positively and the upcoming matches will be a major opportunity for him and the Welshman. The team simply needs them to step up and prove their worth, as it can not be so dependent on just one or two players.

A quality addition here would be very beneficial, but the matter is intertwined with what will go down up front. The recent version of Emre Can has been atrocious, but even if he was his peak self, I am not sure he would fit well into the new playing style. The optimal solution would be to find somebody who can play next to Pjanic or in lieu of him, and that is a tall task.

From what I recall from his time in Italy, Leandro Paredes shone as deep-lying playmaker at Empoli, but was not as good at Roma where he had to challenge or feature alongside Daniele De Rossi. Christian Eriksen instead is more offensive but might be able to pull it off with his versatility: he should certainly be considered if he was available on the cheap. In my mind, the perfect piece would be Sandro Tonali, but Brescia are not really in position to sell right now.

Speaking of transfer market, signing Dejan Kulusevki was a nice coup: it is inherently risky to gamble on somebody who has been playing in Serie A for just four months, but he could not have looked any better in his first campaign in the pros. The fact that he took on a leadership role and became a massive reference point for his teammates right away bodes well for his future and a prolific assist-man is always helpful. He will not have as many opportunities to counter in a top club, the part of the game where he thrived so far, but his technique, vision and relentlessness should allow him to be fine no matter what. While he might be turned into a box-to-box down the line, he would have been able to help immediately in any offensive role, but Parma were steadfast in their desire to hold onto him.

Returning to more urgent matters, Juan Cuadrado, Danilo, Matthijs De Ligt, Adrien Rabiot and Gonzalo Higuain currently have the lead to start in the respective role, with Ramsey as the wild card in a couple of positions. 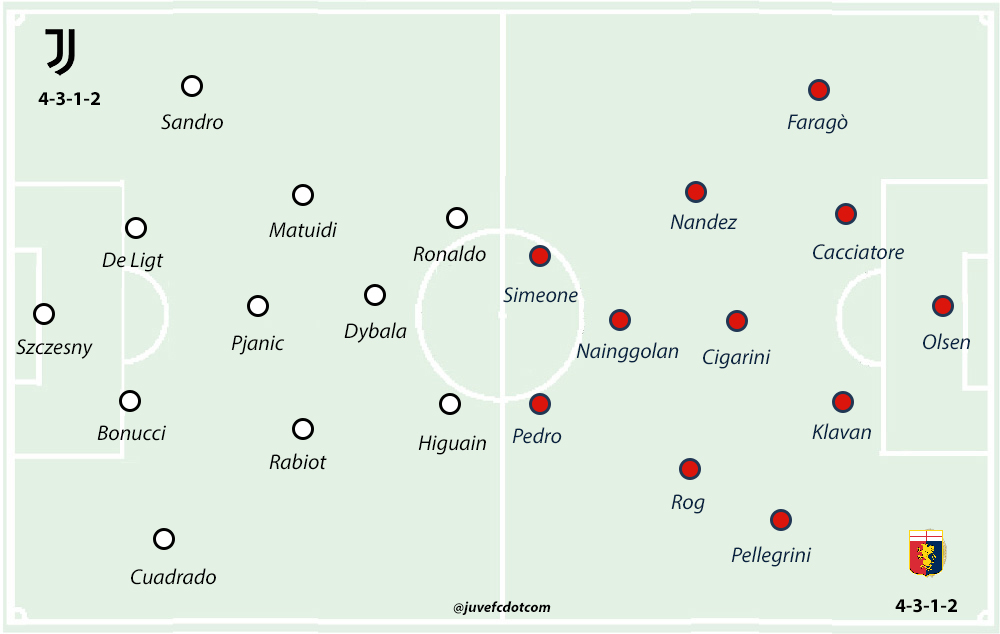 Cagliari have been fantastic in the first half of the season, but Juventus might be catching them just at the right time as they are coming off two straight losses that ended a lengthy undefeated streak. The first one was unfortunate, again with the pesky Lazio involved, scoring twice in stoppage time, while they laid an egg in Udine the following week. However, the leap they made this year was visible there too as, even though they did not fare well, they still managed to tie with five minutes to go and picking up points when you have no business doing so is a clear trait of a strong team.

They have snatched ties or victories late in matches on multiple occasions, sometimes even in improbable ways, so it is one of the those matches that the Old Lady will have to put away and can not just let their enemies hang around.

They were able to reinvent on the fly after two of their linchpins, Alessio Cragno and Leonardo Pavoletti, sustained massive injuries late in August. Robin Olsen has been fine between the sticks, while Giovanni Simeone has been predictably inconsistent, but his style, on top of Joao Pedro moving to a new dimension, have changed the way they play.

While the flank-game remains strong, sending in a host of crosses for one of the best air specialists in Europe is no longer their main strategy. They play more with the ball on the ground and rely more continuously on counter-attacks. The return of Radja Nainggolan has gone as well as hoped, he does a masterful job of orchestrating the offence out of the no.10 position, he is a terror on the open field and a threat from distance. He almost single-handedly raised the profile of the club with his charisma.

Pedro not only has turned into a full-fledged striker, but he has significantly picked up his scoring, basically filling in for Pavoletti there, and he is second in the capocannoniere chart behind Immobile. His past as a trequartista and touch give him a vast arsenal when it comes to finishing.

They cashed in on Nicolò Barella in the summer, it took them two players to replace him, but Nahitan Nandez and Marko Rog provide a similar amount of hustle and dynamism, on top of the occasional forays on offense. Luca Cigarini has proved once again to be an underrated pivot.

On the negative side, their back-line has been leaky for few weeks now, Luca Ceppitelli has been out for a while with plantar fasciitis and Fabio Pisacane is suspended. Ragnar Klavan will be forced to pair with rookie Sebastian Walukiewicz, who is said to be talented but has yet to debut in Serie A, or with an adapted full-back like Fabrizio Cacciatore. It is a situation that needs to be exploited.

Luca Pellegrini, who is owned by Juventus, is progressing nicely even though the coach occasionally picks Charalampos Lykogiannis over him because they do ask a lot out of that position, so they rotate. He is an above-average crosser and ball handler and for that he sometimes takes some unnecessary risks, which will need to be cleaned up when he moves to Turin, on top with some mental lapses on the defensive end, but the glaring mistakes were limited and were offset by his contribution in the final third. He still has a bit to go before reaching the desired level, but he is on track.

Looking to the future – Will Juve give youth a chance?