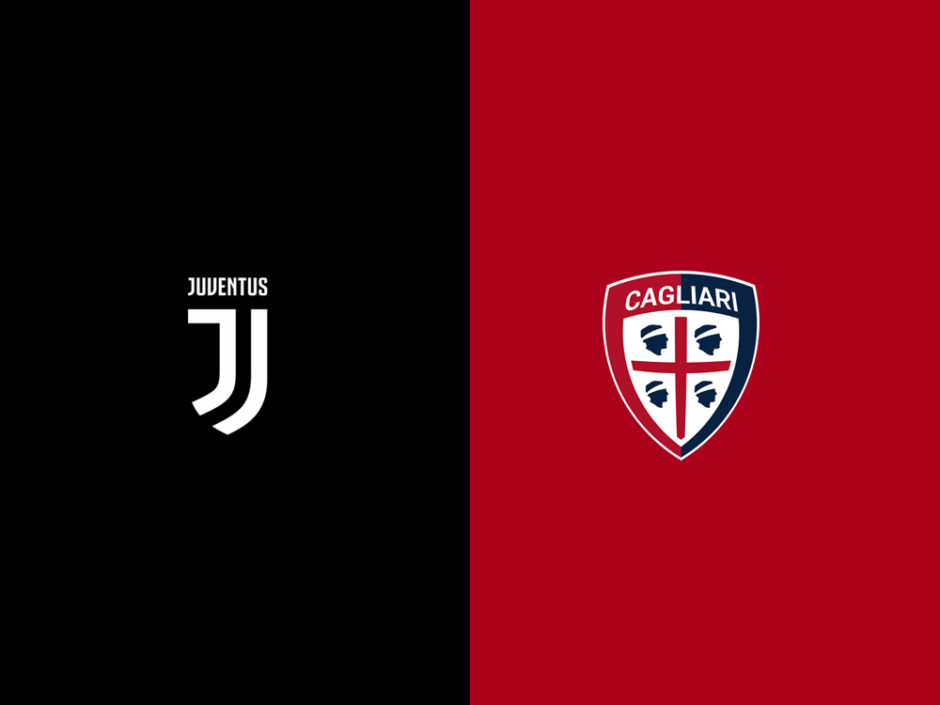 Last Sunday, Juventus missed the opportunity to lift the first trophy of the year, the Supercoppa Italiana. While the loss itself is no big deal, there were indeed some worrying indications. Massimiliano Allegri opted for the 3-4-1-2/4-2-3-1 hybrid using Andrea Barzagli as right back and it was right away a weird choice. I don’t think this combination has ever worked too well for us, because it makes the offense too predictable: we always end up gravitating towards the left flank, where Alex Sandro is a machine, while Juan Cuadrado on his own is not dangerous enough. The wing game will realistically improve very soon.

That obviously was not the most troublesome part of the game: the squad looked disjointed and the defence therefore was unprotected. The three centre-backs did not look in good condition and that is understandable considering their size, but it ended up being costly. The popular pundit Carlo Nesti has been hammering a point the whole summer: it is time to move on for 4-2-3-1 because the attackers are not tracking back enough, exposing the rest of the formation. I do not necessarily agree, but there was something to that on Sunday. The next weeks will determine whether we can simply chalk it up to poor form.

Two positive aspects: despite playing abhorrently for an hour, Juventus still managed to came back thanks to two set pieces by Paulo Dybala and would have had a solid chance of stealing the cup if it was not for Mattia De Sciglio forgetting the basics of defending in the stoppage time. This year’s squad has an overwhelming strike force and always a couple of playmakers available off the bench. Speaking of whom, Douglas Costa changed the course of the game and will quickly become an indispensable part of the roster: he does not simply move the ball, he whips it around, creating danger every time he touches it.

Despite Giuseppe Marotta’s words at Villar Perosa the other day, there could still be many changes in the transfer market, so we will have to wait for a better assessment. It is unusual for Juventus to have so many open situations this late, but hopefully something good will come out of the whirlwind. Blaise Matuidi will soon join the team: maybe not the greatest fit with the current scheme, but it is an interesting purchase because not only he adds muscle and experience, but it gives the coach more flexibility from the tactical standpoint.

The starting lineup at the vernissage probably provided some good hints about who is not going to feature from the get-go on Saturday against Cagliari. This early in the season, we can always expect Gianluigi Buffon to play. Considering the poor showing by De Sciglio, Stephan Lichtsteiner at this stage is the safest option at right back, with Alex Sandro on the other flank. Andrea Barzagli and Giorgio Chiellini are the frontrunners to start in the heart of the defence, but the pecking order there will take a while to shape up. Let’s not forget that Daniele Rugani started the preparation late because of the U21 European Championship.

Sami Khedira did not look particularly sharp on Sunday, but he still has an edge on Claudio Marchisio for the starting job. Allegri did not gave much away about the starting lineup in the pre-game presser, but he did say that Dybala, Cuadrado and Pjanic are in better conditions, and Douglas Costa as well, because of their physique. The Brazilian could be the only change in the XI, replacing Mario Mandzukic.

Cagliari did not have the most exciting summer. They were able to add a couple of players that will become centrepieces of the regular lineup, but they also lost a pair of valuable pawns without getting anything in return. The big case in Sardinia right now is that the relationship between the coach Massimo Rastelli and Marco Borriello seems to have run its course and the two are no longer compatible. The striker could leave the team in the next few days, with Spal as the leading candidate to sign him. It would be a massive loss for them because Borriello was not only a reference point, but he scored 16 goals last year and had one of his finest seasons. That being said, he is not irreplaceable and the first option that emerged, Leonardo Pavoletti, could be right one.

This situation leaves them in a pickle for Saturday: despite some offers from abroad, they have held onto Duje Cop so far and he is the closest thing they have to a center-forward on the roster. He did not impress in his previous stint in Serie A, but he did score 16 goals in the last two years with Sporting Gijon and Malaga and he fits the physical profile. Niccolò Giannetti is a little lighter. The other option could be to rely on a speedy attack, featuring both Marco Sau and Diego Farias, who after all are their two best attackers.

In the summer, they have lost Mauricio Isla, Bruno Alves and Davide Di Gennaro for nothing. They might not be great players, but they were all starters and letting them leave for free was a bad look. They have yet to find a replacement at right back: they have tried Paolo Faragò with poor results; at his age, it could be the ideal position for beloved former Juventus Simone Padoin, who should start on Satuday. Serie A veterans Marco Andreolli and Luca Cigarini will substitute for Alves and Di Gennaro. They have also brought in Filippo Romagna, but he will need a little time to climb the hierarchies, especially considering that Fabio Pisacane has been brilliant as centre-back. They have cashed in on Nicola Murru: Senna Miangue and Marco Capuano will battle to take his spot.

It looks like they will give the returning Alessio Cragno a chance right away: it will be an important year for him after an impressive season at Benevento. Other battles for the starting XI involve Niccolò Barella and Daniele Dessena. A more defensive scheme than the usual one is always a possibility when facing a top team: in this case they would sacrifice a striker to insert a centre-back, likely Luca Ceppitelli, forming a stout 3-5-1-1. Federico Melchiorri is still rehabbing an ACL tear, while Rafael and Alessandro Deiola are nursing minor injuries and could recover in time to make the squad list.

Last year, they performed way better at home. The defence was their Achilles tendon and they did change three quarters of it, but time will tell whether they really improved it. The main threat comes from the dynamism of their midfield: Joao Pedro and Artur Ionita are capable cutters and have a knack for scoring, also from distance. Whether it will be Sau or Farias, or both, he will be an handful for the defenders, so Juventus will have to watch out on the counters. 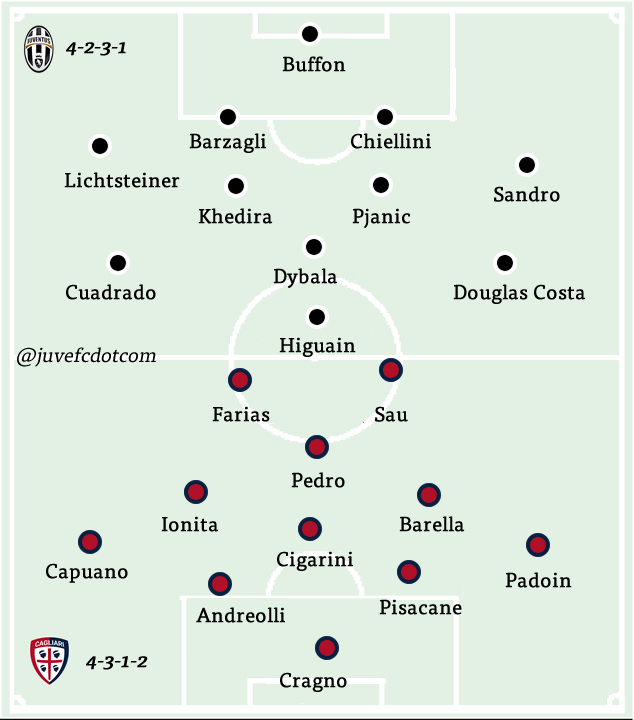