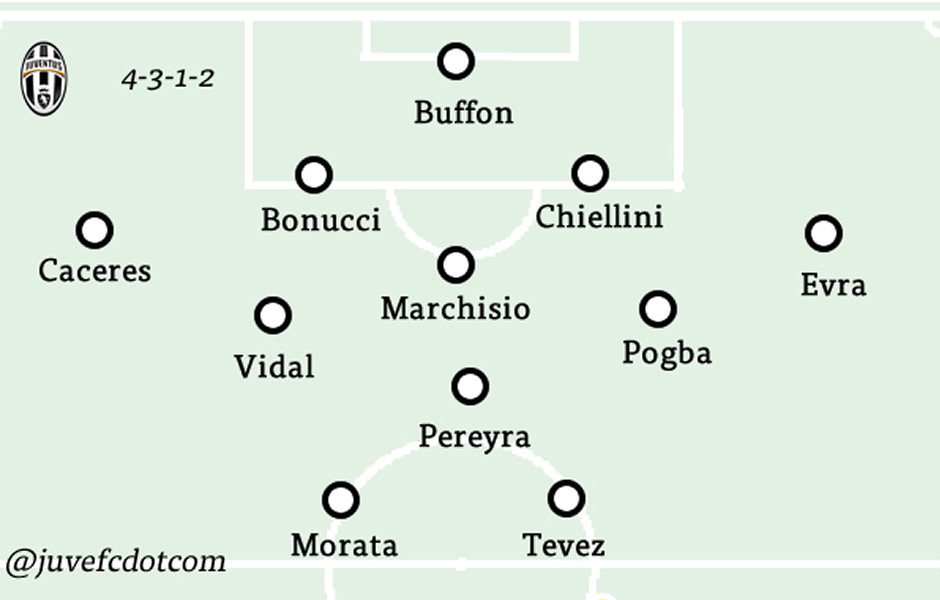 Juventus dominated Chievo and ran out 2-0 winners thanks to goals from Paul Pogba and Stephan Lichtsteiner.

Chievo were resolute in the first half,  and did a good a job of keeping Juve’s chances to a minimum. A spirited second half display from the Bianconeri finally paid off as Paul Pogba scored a sublime goal from range before setting up Stephan Lichtsteiner for Juve’s second.

Untroubled and untested for almost the entire game. Had one simple save to make but was a spectator for 90% of the match.

Dynamic and forceful. Bombed down the right and whipped crosses at every opportunity.

A solid performance, despite making one wayward clearance which almost let Chievo in.

Could have had a hat trick to his name with 3 headed efforts – two went wide, one saved. Solid in the heart of the defence, covered for Evra on occasion and solid overall.

Made some great overlapping runs with Pogba, early on. Gave away a stupid free-kick but was turned in a decent performance overall.

Had a straight forward first half before coming into his own in the second. Pinged crosses around the pitch, completed 90% of his passes and had 3 shots of his own.

Started off well by breaking up Chievo play and trying to get Juve moving forward. Took a daft dive in the box and was booked as a result. Had a chance to open the scoring early on and another late on. Subbed, and frustrated.

Another game, another man of the match performance. Scored for his fourth successive game, once again from distance. Tackled, harried and pushed the team forward. Almost scored a sublime second. Getting better with each game in 2015.

One of his best performances in a Juve shirt. Had a shot saved by Bizzarri and kept creating chances for his teammates with his clever runs and passing. Brilliant.

Fired at least two shots wide of Bizzarri’s far post, a constant threat to the Chievo defence. Had chances from his free-kicks and tried his best to create chances for Morata.

Underrated tonight – Tracked back every time Juve lost the ball in the Chievo half, tried to bring his teammates into play when he could and should have done better with his chance early on.

Came on for Vidal and made an almost immediate impact. Squeezed home Pogba’s parried shot to put Juve firmly in control.

Conte: ‘We achieved miracles together’