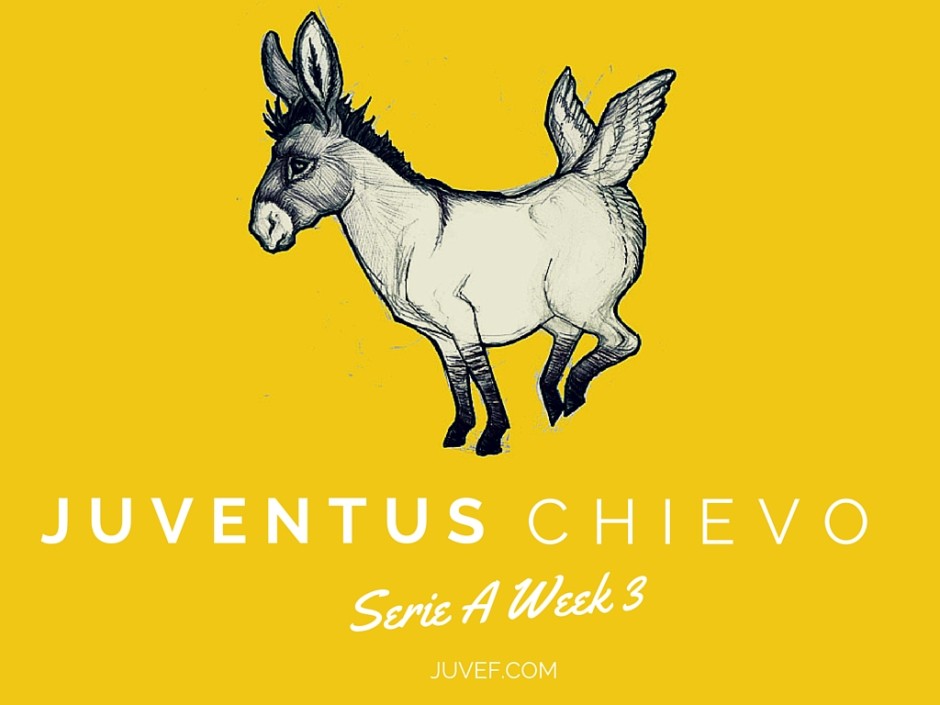 After the worst start in Juventus’ history, they had not lost the first two games of the season since 1912, when the Italian league was not called Serie A yet, redemption is necessary as a surprisingly fiery Chievo Verona visit Turin. Despite the zero in the standing, there are reasons to be optimistic, first of all the furious reactions in ten men against Roma that was almost enough to produce a tie.

The last day of the transfer market window brought Mario Lemina and Hernanes and, also thanks to the return of Claudio Marchisio, we go from no options in the midfield to plenty of alternatives. As the coach stated, the group is complete and the season starts now.

Even if he was not the player we pursued the most, Hernanes is a quality reinforcement, he has proved with Lazio that he can be a difference maker in Serie A and had a nice end of his 2014/2015 campaign with Inter. More importantly, it might not be a sexy acquisition, but Hernanes is a full-fledged trequartista who fits in perfectly, has a knack for scoring from outside the box, is very creative, can easily glide past his man and is an excellent free kick taker. Had he been five years younger, we would be being parading in San Carlo square. It is a patch after the Draxler fiasco, but it is a good one. As Giuseppe Marotta admitted, he likes to buy players who have Serie A experience and there are not many option in that role: Franco Vazquez, Marek Hamsik and Riccardo Saponara, all reported Juve targets at some point, turned out to be either not for sale or too expensive.

The final additions mean that we are not going to see 3-5-2 from the start anytime soon. It is not a knock on the scheme as I do not think there is any formation that ultimately makes you win, but, more often than not, the approach we used with 3-5-2 was too passive. With Massimiliano Allegri at the helm, we have never seen the Contian 3-3-4 with the two wing-backs constantly on the opponent’s final third. It is ok though, every coach is a master of his own tactics, Allegri was smart in easing the transition last season, but now it is 4-3-1-2 time.

Sami Khedira remains out, while Kwadwo Asamoah has resumed practicing with the rest of group last week, but it is probably too early to ask him to contribute. Patrice Evra is suspended, so Alex Sandro will make his debut in black and white. Allegri announced that Andrea Barzagli will start, so probably Giorgio Chiellini will get some pre-emptive rest ahead of the Etihad clash. The midfield should be composed by Paul Pogba, Claudio Marchisio and probably Stefano Sturaro. Hernanes is slated to start in the hole as Roberto Pereyra has returned from international duties only on Friday. Alvaro Morata has been slowed down by the flu during the week, but he should be in starting XI, if not Mario Mandzukic is ready to take his place in the attack with Paulo Dybala.

Chievo Verona have had a stunning start: a comeback win against Empoli on the road and a battering of Lazio. The most surprising part is that they have scored seven goals in two match after being dismal in that aspect last season. The credit goes to the strikes, Alberto Paloschi and in particular Riccardo Meggiorini are on fire, to Rolando Maran, who has always been an offensive minded coach, and to the management who has added some useful weapons.

Lucas Castro, Paul-José Mpoku and Simone Pepe are set to contribute greatly in their scheme: a very pragmatic, almost old-fashioned, 4-4-2 that exploits brilliantly the wing game and can easily turn into a diamond formation as Valter Birsa can play as no. 10 and Castro as box-to-box midfielder. Massimo Gobbi is a boring purchase, but he fills a hole at LB left by the departure of Ervin Zukanovic, who was the only valuable player who departed from their relatively successful last season’s campaign, when they easily avoided relegation and finished in 14th position with 43 points.

Seeing the first two matches, you would have never guessed that this team, which all in all is not that different from last season’s version, scored only 28 goals in 2014/2015. They have already tallied ¼ of that in 180 minutes. If Maran could maintain the same defensive balance, clearly their strongest suit as they conceded only 41 goals in the previous year, better than the fourth-placed Fiorentina, he would have built a team that could go really far. Even when the performances of the strikers will inevitably regress to normalcy – I do not expect Meggiorini to dish a falling back-heel volley assist every week – Chievo will remain one of stoutest low-table team and one of the toughest to score against.

Chievo’s defense is hard to attack because of Dario Dainelli and Alessandro Gamberini’s quiet leadership, Bostjan Cesar’s physical presence and the work rate of the fullbacks Nicolas Frey and Gobbi. Scoring early will be the main task for Juventus, so they can avoid getting frustrated, panicking, attacking recklessly and conceding on a defensive lapse. This is what cost them the Udinese game.

Maran has some problems only in the midfield: the nominal starters are out both as Mariano Izco will miss a good chuck of the season because of an ACL tear, while Ivan Radovanovic is dealing with a knee sprain. In the last match, the coach picked Nicola Rigoni, who played at Cittadella in Serie B last season, over Anders Christiansen to play alongside Perparim Hetemaj in the middle. In the deadline day, they have added the experienced Giampiero Pinzi from Udinese, so he could be a viable option in a big game, where a rookie could be a little rattled.

The reports say that Maran intends to confirm the lineup that pounded Lazio, which means that Gamberini should play over Dainelli, who had some problems in the preseason, while Castro, Valter Birsa and Meggiorini should win the battle with Mpoku, Pepe and Sergio Pellissier for the starting jobs on the flanks  and in the attack. 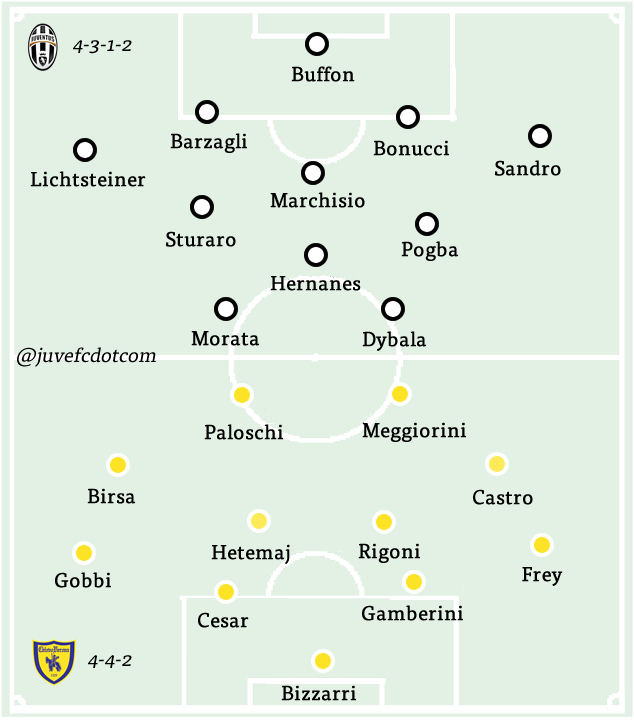