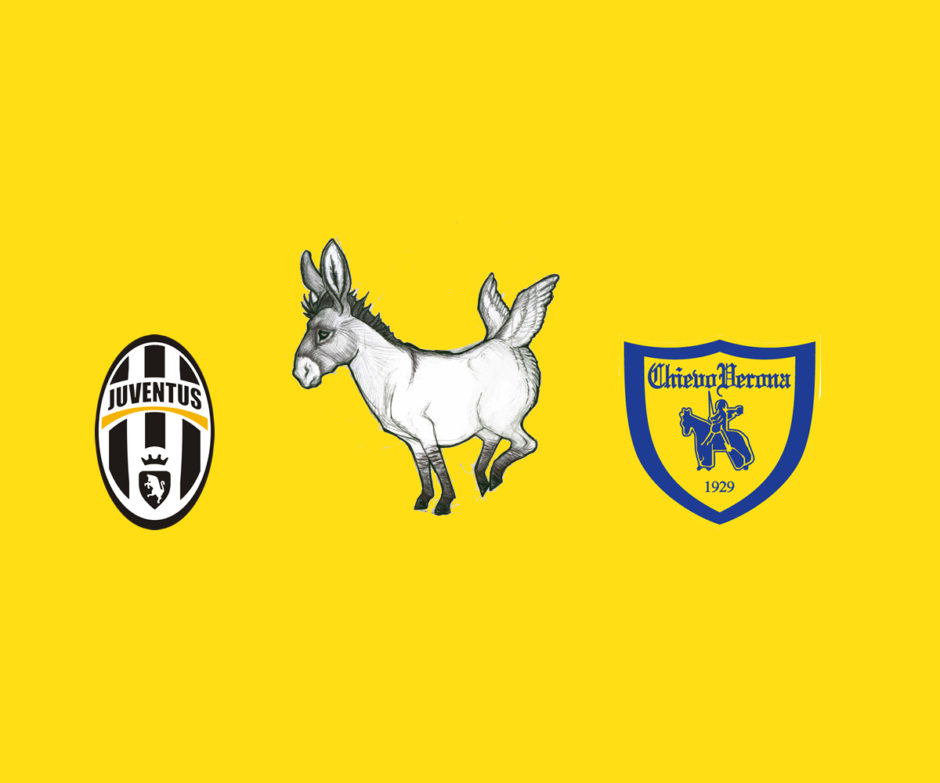 It was not pretty at times, but Juventus survived the two-game trip to Napoli. The first one was about survival and the squad succeeded thanks to an early, and rather anticlimactic goal by Sami Khedira and then worked its tail off defending. Napoli scored anyway but it was good enough: not having must-win games is the reason why you try to build a lead in the standings. The second one was about scoring and Gonzalo Higuain took care of that with a fabulous performance: I really enjoyed the swagger with which he faced the Coppa Italia bout, while he was quiet in the previous game. The Bianconeri lost anyway, but it was a platonic result.

One more stop before the crucial first leg against Barcelona: Chievo Verona on Saturday night. Juventus have a six-point gap over Roma: still cushy, but you want to avoid going into one-game territory. The Bianconeri have a rather easy schedule, but so do Giallorossi. Therefore, the real danger is mental, especially in this apparently easy encounter before ginormous appointments.

Mario Mandzukic is out as his knee is still acting up and the staff will be careful after he suffered another blow there on the first Napoli game as well. 4-2-3-1 will live on despite being down three viable left wingers, including Moise Kean, as Massimiliano Allegri has proven to be willing to go to great lengths to preserve his beloved new toy. Mario Lemina and Stefano Sturaro do not exactly work on the flanks: they have very little pace and their contribution is merely defensive. I would prefer the coach to at least stick with fullbacks up there: Dani Alves, Alex Sandro and Kwadwo Asamoah can glide past the defender and know what to do when they make their way down the flank. At this point, to be honest, I would pick Miralem Pjanic wide like sometimes happened with Paul Pogba in the past, rather than Lemina and Sturaro.

Leonardo Bonucci should get a game off, thus Daniele Rugani will get to start, alongside either Andrea Barzagli or Medhi Benatia in order to keep Giorgio Chiellini fresh. Allegri is micro-managing the rotation in the midfield: Tomas Rincon and Sami Khedira started on Wednesday, so Claudio Marchisio and Pjanic are poised to feature from the kick-off. Sandro and Asamoah should play together, one obviously in a more advanced position. Stephan Lichtsteiner is favourite to start over Dani Alves, whom they want at his best against his former team, but there is a chance both play if Juan Cuadrado is rested.

Paulo Dybala is now in the phase of his recovery where he needs to play to return to peak form. Allegri floated around the idea of benching Gonzalo Higuain and using La Joya as lone center-forward. That might work, but in this occasion the lineup around him would be really weird-looking. So El Pipita should be trotting out there on Saturday night.

Props to the coach for deflecting the questions about his future now that the focus really needs to be on something else. He stated that the will stay 100% because he has contract with the club for 2017/2018. That is certainly technically true, but top teams do not enter the season with the coach being a lame duck: extension talks will be forthcoming, but there will be a better place and time for those.

Chievo Verona are not in a great period, but they have comfortably reached their goal for this season, which was avoiding relegation, and therefore they are starting to pack it in a little bit. They have lost three out of their last four games, against Milan, Bologna and Crotone. Dropping points against lesser opponents and conceding multiple goals is rather out of character, but it is understandable. They came away with a point the last time they visited the stadium.

Rolando Maran, who could be set to join a bigger club in the summer, has recovered the regular starters Perparim Hetemaj and Massimo Gobbi, who missed some time with muscular injuries. They are in the squad list and likely to start, but still not a lock. Jonathan De Guzman and Nicholas Frey would be the replacement if they ultimately could not go.

Stefano Sorrentino has had a vintage season, but he is not a spring chicken and the coaching staff decided to give a chance to Andrea Seculin in the last game to see what they have in him. They could decide to stick with him in the final weeks. The other usual doubt involves the centre-back duo: they have rotated everybody. Alessandro Gamberini is out, so the battle is between the bruisers Nicolas Spolli and Bostjan Cesar.

The other absentees are Nicola Rigoni and Gennaro Sardo, but they do not play a lot. The main doubt is up front: Roberto Inglese has had some strong showings, Riccardo Meggiorini is probably their most constant striker despite not scoring a lot and Andrea Pellissier is a legend. But only two of them can start. They rely a lot on the offensive contribution of Lucas Castro and Valter Birsa, who have had terrific seasons.

There are obviously some perils in facing a team that has nothing to play for: they are carefree and willing to take more risks and use a more offensive approach. That has not exactly worked out for them over the last month but you never know. Of course in Serie A you can not take anything for granted. 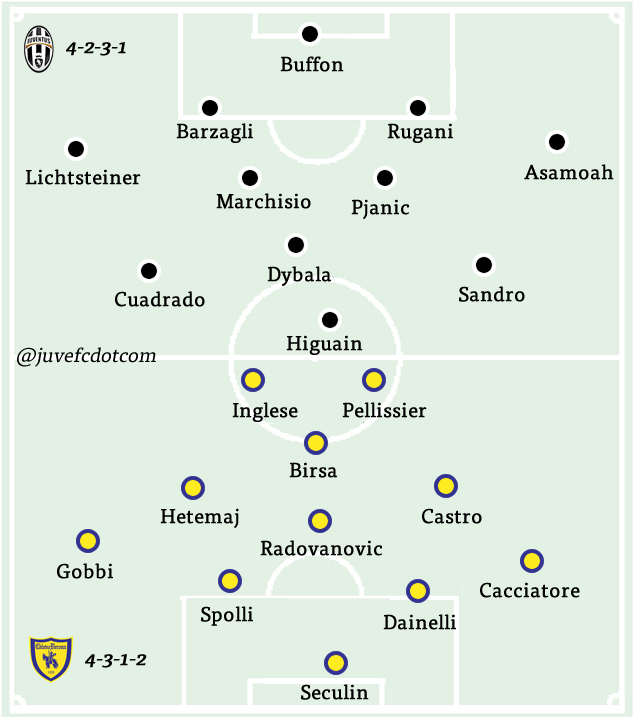 Corentin Tolisso: “It’s hard to say no to a club like Juventus”