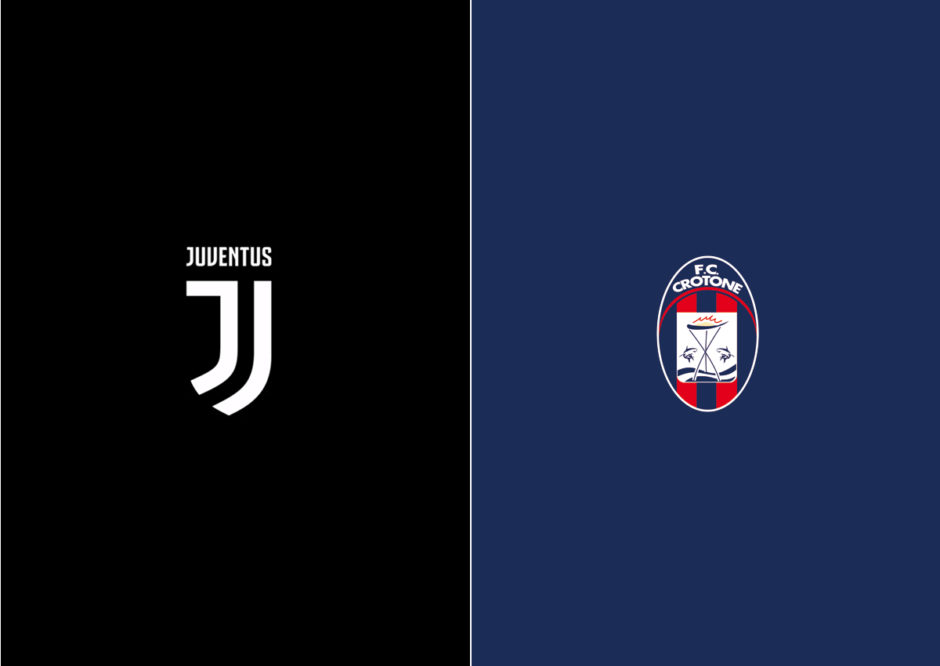 Juventus are coming off two rather dissatisfying games against Sampdoria and Barcelona: one cost them three points in the standings, the other one delayed the qualification to the next Champions League round to the final game day. Obviously, you will take a nil-nil against Blaugrana on most days, but they were not particularly interested in winning on Wednesday. The midweek outing showed that, despite the summer investments, this squad has ways to go before measuring up with the cream of the crop in Europe. Whether it simply needs time to gel, a different tactic or further improvements, the team will have to be much better to compete for the Champions League in the spring.

The performance against Sampdoria was weird. The opposition was extremely dangerous, but it looked like Juventus had started the game very well, controlling the ball and the pace and creating a few scoring chances. It all fell apart when we conceded an unlucky goal: we pushed too hard, became unbalanced and Blucerchiati feasted. The attempted comeback in the final stages was commendable, but it was too little, too late.

There are few deep issues that the coaching staff will have to solve as a very demanding stretch is coming up. First of all, the defence needs to be helped by the rest of the squad. The backline can not be hung out to dry, otherwise it will plummet. On Wednesday, the whole line-up contributed to the passive phase, and it showed. That kind of commitment is what made 4-2-3-1 thrive in the first place, but it faded over time. It has to come back, or the exciting tactic will have to be nixed. Massimiliano Allegri chose a 3-4-2-1 against Barcelona, which did OK. I do not if we can afford the Miralem Pjanic-Sami Khedira duo in the midfield anymore, maybe some more muscles and/or dynamism is needed. Also, the countless technical errors and misplaced passes needs to be cut down.

Giorgio Chiellini and Federico Bernardeschi missed the Barcelona tilt due to injuries: the veteran defender will not be available against Crotone as he will try to recover for the crucial Napoli game. The former Fiorentina winger was used as no.10 against Sampdoria: he was active but can do better, he has the passing skills and shooting ability to have a greater impact when playing centrally, unluckily his performance was marred by that botched clearance that led to the Duvan Zapata’s goal. Juan Cuadrado is out with a sore hamstring. On a more positive note, Medhi Benatia had a great game on Wednesday shadowing Luis Suarez.

A three-man defence is probably too conservative in this case, so the choice will be between the usual 4-2-3-1 and 4-3-whatever. Douglas Costa is the last man standing on the right wing, while Mario Mandzukic was benched midweek. The absence of Bernardeschi and Cuadrado could very well push Allegri to deploy a less crowded frontline. Sami Khedira will be rested, Miralem Pjanic could as well, but it is not a sure thing: as of right now, Claudio Marchisio and Blaise Matuidi are likely to start. Benedikt Howedes could get his first minutes of the season: he has a slight edge on Daniele Rugani. The battle on the defensive flanks are the usual ones.

UPDATE: There is a growing belief that Gonzalo Higuain will be rested, with Rodrigo Bentancur taking his place. Andrea Barzagli and Alex Sandro have a good chance to be in the starting XI:

Crotone looked on the up and up after two wins against Fiorentina and Bologna, the second being a rare road one, but then laid an egg at home against a direct rival like Genoa. I guess putting together three good games in a row is hard in those position of the table. Anyway, they are in 15th position and have collected 12 points, something that took them forever a year ago. In the summer, despite losing some of their best elements because they were on loan, they had the benefit of continuity, especially coaching wise, and they had a very clever reinforcement campaign, where they cherry picked players who would fit their scheme.

Stefan Simic, Rolando Mandragora and Ante Budimir are the prime examples of that. The striker returned after a disappointing stint at Sampdoria: it took him a while to get going, but he has resumed scoring. He might not have the same charisma of Diego Falcinelli, but he is good enough and has done wonders here in Serie B. Davide Nicola has tried different combination upfront, but it is easier when you find your linchpin. The two youngsters are on loan from Milan and Juventus. Simic started behind in the hierarchies but managed to beat out the other newcomers Leandro Cabrera and Arlind Ajeti to pair up with Federico Ceccherini: considering it is his first season in Serie A, he looks promising. Mandragora has performed very well after a lost year due to injury and could be on track to being a contributor at Juventus in the near future.

They use a stout 4-4-2, but they can give it two different looks depending on who plays on the right flank. Marcus Rohden is an hybrid, as he can be fielded as central midfielder as well, but he has grown into that role and has become very effective. Andrea Nalini is more offensive-minded, he can be used as second-striker as well. Considering the caliber of the match-up, the first option is the favourite.

In the attack, they recently recovered Oleksandar Tonev, a winger at Frosinone, whom Nicola likes to use upfront. They have tried Nalini and Simy along with Budimir, but the better pairing is with Marcello Trott: an old-fashioned couple, both very physical and hard-working, they also have some mobility and some sneaky technique in them. They make their presence felt. Marco Tumminello, the young striker they long coveted in the summer, suffered an early ACL tear and will be out for a while. The only other absentee is Oliver Kragl, who is recovering from meniscus surgery.

The usual battle for the starting line-up is between Daniel Pavlovic and Bruno Martella at left back. They briefly used a 3-5-2 against Bologna, but it was probably a desperate measure: a very defensive formation is always possible when going toe-to-toe with Juventus, but it is unlikely at this point.

Their plan is pretty straightforward: they field one or two physical centre-forward and they feed him through long balls and crosses, hoping he can make the opponents pay with his physicality. They have playmakers on both flanks and the Mandragora-Barberis duo in the midfield is well-assorted as gives them a good foundation to rely on, more technical than the average low-table team. Despite Simic’s recent play, their defence remain their Achilles’ heel, the fullbacks in particular. They lack a leader that can drag them through tough times, so they can be dangerous when they whole team is on, but they struggle when they are having an off day as they miss someone who can make a play out of the blue. 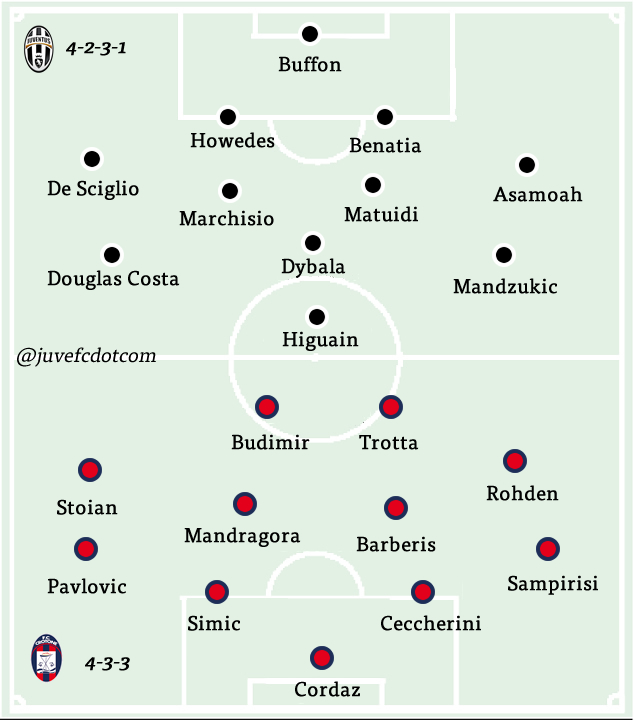