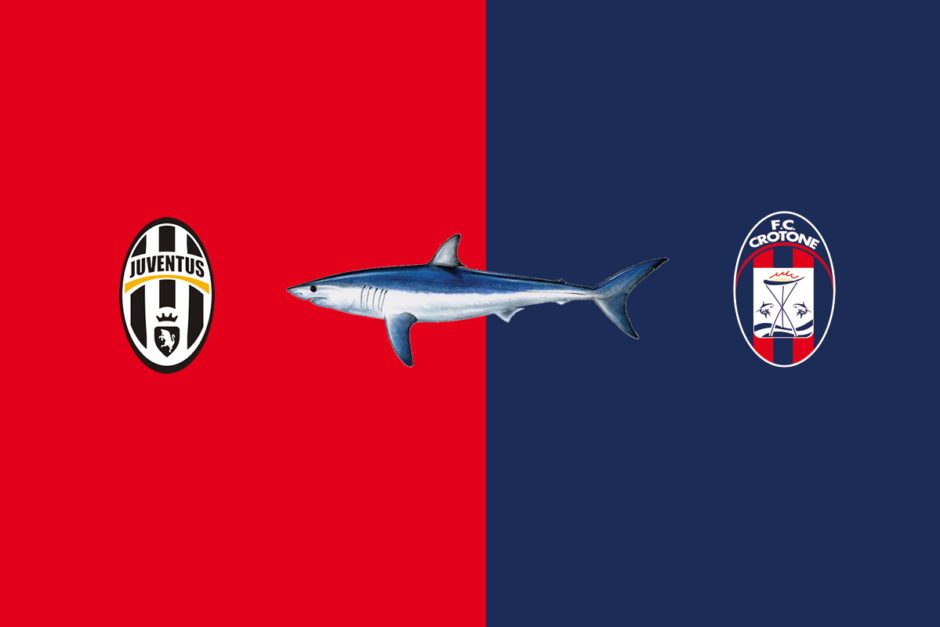 Juventus bounced back in an excellent way after the disappointing performance against Roma and laid the smackdown on Lazio in the Coppa Italia final, lifting the first cup of the season and for the third time in a row. After an early scare due to a Balde Keita finish that bounced off the post, the rest of the game went as scripted. Dani Alves once again proved to be the man of the hour and Alex Sandro was spectacular as well. An all-around game by Bianconeri, who administered very well once they got the lead.

The second trophy could arrive on Sunday as we take on Crotone and need a win to seal the record-breaking sixth Scudetto in a row, regardless of Roma and Napoli’s results. The 33-home game winning streak was snapped by Torino, so it is time to start a new one in order to avoid useless worries in the final match day.

There will not be much rotation as Allegri underscored the need to wrap things up. Gianluigi Buffon will return in goal: even though he did not need to do many saves, Norberto Neto had his best game since joining against Lazio. I do not know whether he will stay or go, with the management maybe looking to bring in the heir apparent to the throne for a one-year tutorship, but he certainly helped his value in Rome. Massimiliano Allegri announced that Dani Alves, Leonardo Bonucci, Giorgio Chiellini and Alex Sandro will start: it remains to be seen whether the former Barcelona will feature in the defence or as right winger; Juan Cuadrado will play in the first case, Stephan Lichtsteiner in the second.

Sami Khedira will be at disposal and that is great news: if things go well, he might make a cameo on Sunday or next weekend. Miralem Pjanic will play from the get go, alongside Claudio Marchisio, even though Mario Lemina and Tomas Rincon might have a chance if the coaching staff decide to not overload Il Principino. There were some concerns about Mario Mandzukic’s fitness after blows to the back and to the head, but he is a warrior. If he was not ready, Stefano Sturaro would take his place. Paulo Dybala did not show any sign of ailments on Wednesday after some pre-game alert. Gonzalo Higuain will complete the attack.

Crotone are scratching and clawing in a late push to avoid relegation. They would be in much better shape had they performed this well all year long, but we see every year teams turning it around when they really get desperate. They have not lost in their last seven matches, winning five of them, three of which on the road. This stretch allowed them to put great pressure on Empoli and Genoa, who have only respectively one and two more points. This will likely go right down to the wire. It would be hilarious if Genoa got relegated after they arrogantly thought they were already safe in January and cashed in on their best players, disrupting a squad that was doing just fine.

They play exactly how you would expect a low-table team fighting for its life to play. They are sturdy, gritty and unspectacular. Davide Nicola opted for a primordial 4-4-2 with Marcus Rohden, who is more a of a central midfielder, on the right, Adrian Stoian on the left and two pure centre-forwards. It is basic football. It started being successful when the defence put it together and stopped conceding too many goals. They do have some quality there: Federico Ceccherini and Gianmarco Ferrari are skilled centre-backs, and the second one has already been purchased by Sassuolo.

The coach has understandably stuck with the same XI for weeks, but they are dealing with some injury concerns. Stoian has been hospitalized for a couple of weeks because of a virus and he will not play. They have used either Andrea Nalini or Aleksandar Tonev to replace him, who are OK but not as inventive as the Romanian winger. The only constant duel is between Leonardo Capezzi and Andrea Barberis as Lorenzo Crisetig’s partner in the midfield, with Barbers getting most of the starts.

Bruno Martella was a late scratch in their last match and there have not been many updates on his status: should he be out, he would be replaced by Mario Sampirisi. The more concerning news involve Marcello Trotta, who is dealing with a sprained ankle. The pairing with Diego Falcinelli has worked well although they are similar players and it would be a significant blow if he was out. The giant Simy has proved to be effective only in limited stints: he is better suited as a late-game sub. Without Trotta, they would probably switch to 4-3-3 or adapt a winger to a more offensive position, but there is optimism about his recovery. 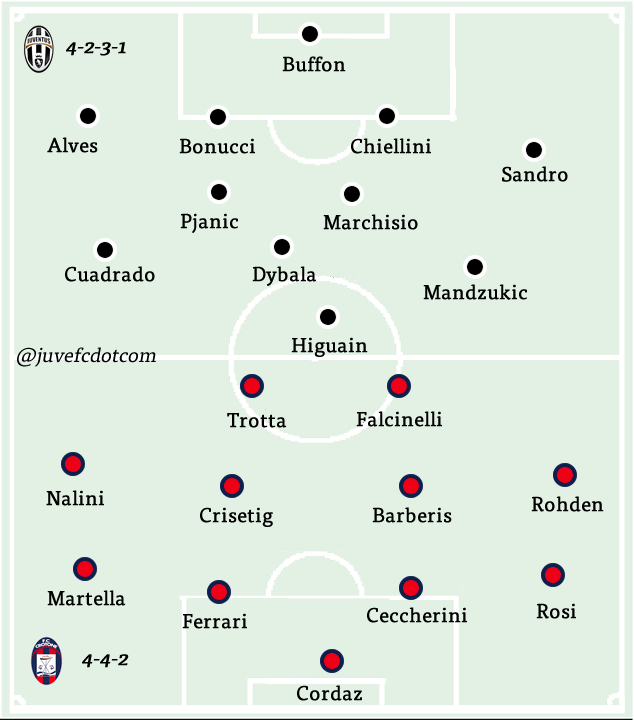 Vote for your Juventus player of the season