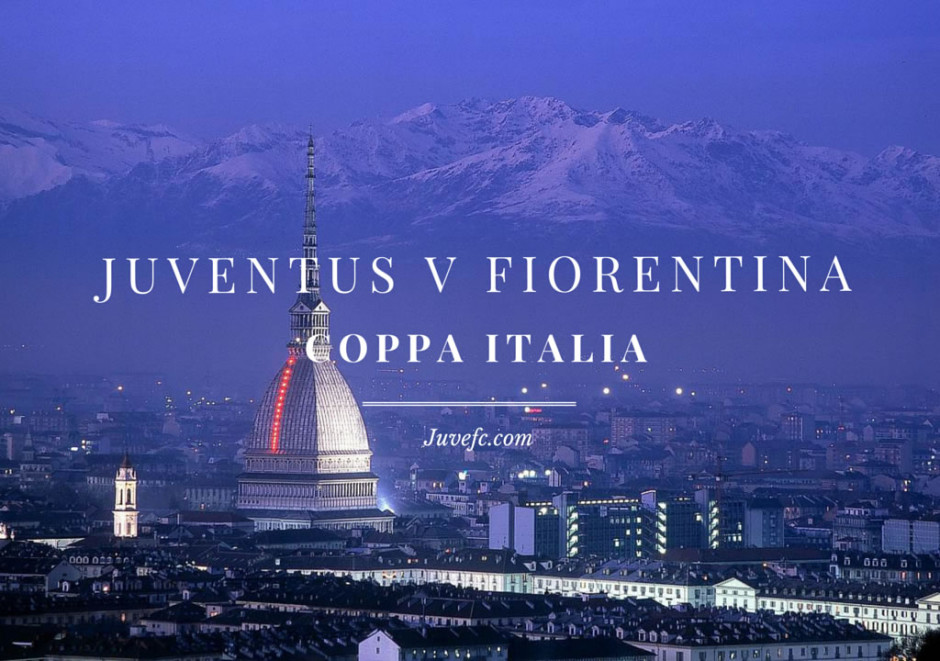 Juventus will have to put Monday night’s disappointing draw behind them as they head into the semi-finals of the Coppa Italia against a Fiorentina side undefeated in their last 12 matches.

The Bianconeri had all but ended Roma’s title-challenge after going ahead through Carlos Tevez but the Giallorossi fought back to net a late equaliser and earn a vital point. Both Juve players and the management were quite vocal in agreeing that they should have won the game while coach Max Allegri warned they can’t ‘switch-off’ against Fiorentina as they did against Roma.

“Fiorentina are a team that handle the ball quite well, thanks to the skills of their players and the mentality instilled in them by Montella.” Allegri told reporters in his pre-match press conference earlier today.

“For our own part we’re a group that can command our games, so we’ll see who has the strength to dominate tomorrow.

“But that’s not essential to win a match. Often you can win with the least possession or lose with the most.

“What matters is that you read the game correctly. You must interpret the clash correctly from the word go.

“[Paul] Pogba and [Stefano] Sturaro are both doing well. Pogba already came to Rome but I didn’t want to risk him, so he’s certainly going to be in this match. Sturaro’s doing better and will be on the bench.”

After switching from 4-3-1-2 to the tried and trusted 3-5-2 against Roma, Allegri may make yet another formation change. Sky Sport Italia suggest Juve will lineup 4-3-3, similar to the formation used against Parma in the quarter finals last month.

Marco Storari could start in goal with Martin Caceres reverting to right-back and Simone Padoin coming in for Patrice Evra at left-back. Andrea Barzagli has recovered from his injury woes and might make his first start of the season alongside Angelo Ogbonna.

Andrea Pirlo will be out for at least another 3 weeks leaving Claudio Marchisio the clear choice to replace him at the base of midfield with Paul Pogba confirmed to start as well. Arturo Vidal and Roberto Pereyra were both exceptional against Roma, albeit for different reasons,  so it could be a toss-up between the two for the final midfield spot. Up front, Fernando Llorente will spearhead the attack while Kinglsey Coman and Simone Pepe on either flank to offer some width in attack.

Fiorentina are in a very good moment: they haven’t lost a match since January 6, they have won seven of their last eleven games, they have cut down the gap from Napoli’s Champions League-qualifying third place to just three points and they have knocked Tottenham out in Europa League. But, most importantly, it feels like that the whole squad is clicking and the vibe around them is excellent.

The midseason acquisitions have added quality and depth, especially up front: Mohamed Salah (three goals in four matches) has those Cuadrado-esque pace and unpredictability and is a good scorer, Alessandro Diamanti hasn’t lost his trademark playmaking ability in his hiatus in China and Alberto Gilardino is a valuable replacement in a department that has often been injury ridden.

The lineup is pretty much up in the air and we’ll have to wait for the squad list to see who’s available and who’s not. In this particular match, the problems lie in the defense for La Viola. Gonzalo Rodriguez is the only healthy centre-back available: Josè Maria Basanta, who has a minor thigh muscular injuries, will probably be forced to play through pain, or the coach will have to come up with a creative solution to field a respectable defensive line, maybe fielding the fullbacks Micah Richards and Marcos Alonso as centre-backs.

After the January window, Montella has used 4-3-3 more often than his usual 3-5-2, basically because Salah and Diamanti have been indispensable. However, there’s a chance to see a three-man defense on Thursday, considering the injuries, just to have one more body in front of Norberto Neto (what a weird game it will be for him…). They intended to rest the Egyptian winger against Inter, but he had to be subbed in because Khouma Babacar got hurt (he won’t be available for at least a couple of weeks). They are eking out Mario Gomez’s appearances as of late, turning him in a sort of Cup specialist, and he has bitten Juventus before.

In the midfield, Mati Fernandez, Borja Valero and Alberto Aquilani are all banged up. Milan Badelj has started to perform well recently and he’ll fill in for the injured David Pizarro. Jasmin Kurtic is the backup option if the others aren’t healthy enough. As far as the attack is concerned, Montella will likely go with his best trio Salah-Gomez-Diamanti, but a little bit of rotation is always possible is a cup game and Joaquin or Josip Ilicic could crack into the starting lineup.

So far in this season, they have been an excellent road team: they have collected 24 points in 13 matches (record 7W 3D 3L) and they trail only to Juventus in this category. They have a very good defense, as they have conceded 24 goals, third in the League behind Allegri’s side and Roma (but they’ll have some absences…).

Since Montella took over, they have always played a very European brand of football, with a lot of proactive possession, off-the-ball movement, trying to control the game and having territory dominance. If you mix that with very skilled players, you obtain a remarkable result, even though Fiorentina haven’t always been able to fulfill its potential and looked inexplicably flat in some games. However, they have caught fire in the last few matches and Juventus will have to be extremely careful in this first leg of the Coppa Italia semifinals. 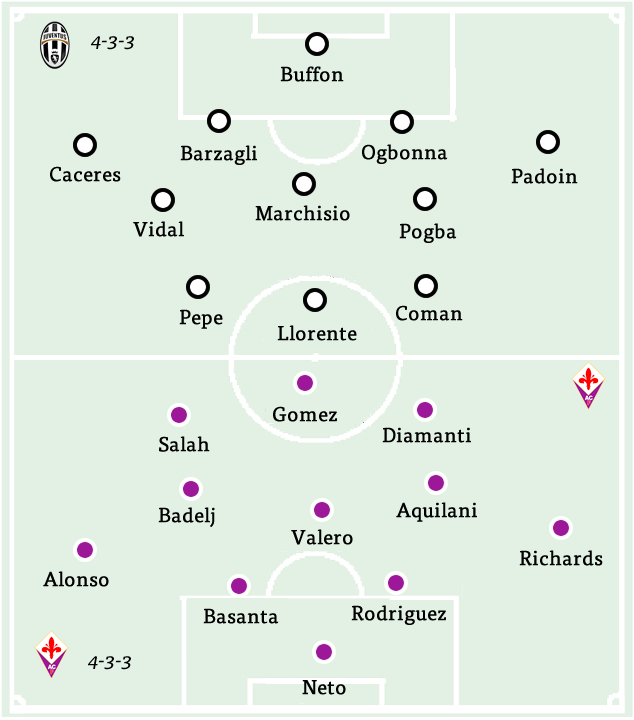