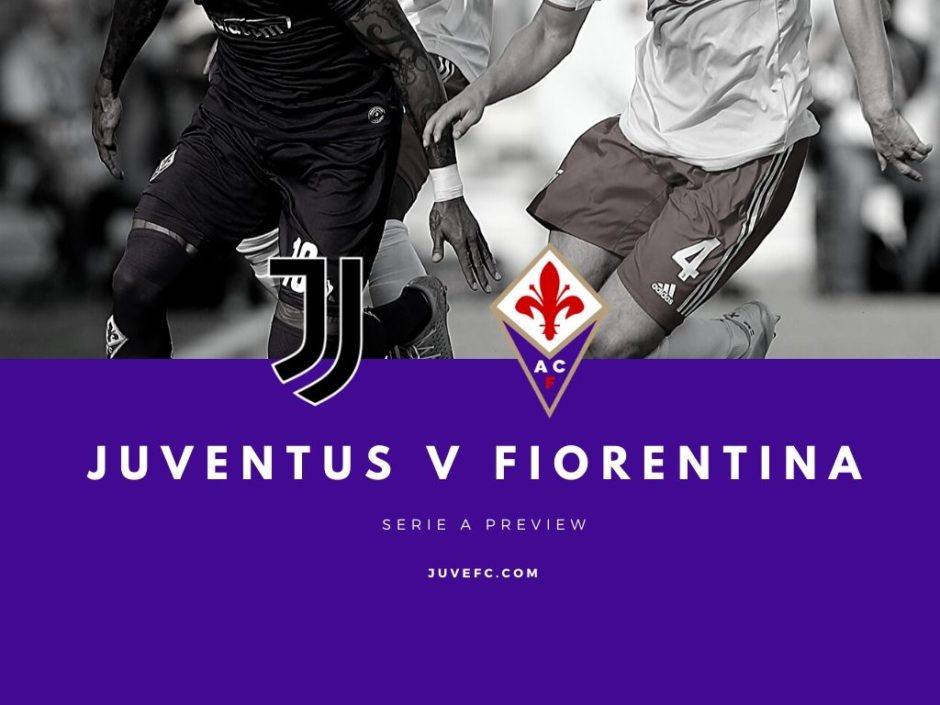 There are ways to lose and there are ways to lose and failing to show up against a fierce rival that was floundering in a contest that could have given a decent advantage in the title race is surely the worst one. Whether it was complacency, perhaps even arrogance, tiredness after a midweek fixture, (but the opposition had played too) or lack of hunger, Juventus just did not match Napoli’s intensity and deservedly got beaten.

It was a crushing loss because the squad appeared to be going in the right direction recently, and that was perhaps one of the reasons behind a listless performance, and it was even more frustrating because, it takes very little for them to have success offensively, they basically just have to give a damn for few minutes to score.

The worrying sign is that the worst displays recently have come versus quality teams, Lazio and Napoli, the opposite trend compared to the beginning of the season, and that does not bode well considering what the ultimate goal is and the difficulty of the roadblocks inbetween.

The two duds have come while the trident was deployed and whether or not that played a part is a big question mark. It does make the squad a bit haughty, but that recondite belief that the bout will eventually turn in our favour due to sheer superiority in terms of talent should by no stretch lead to a complete lack of fire and desire. The conceded goals did not come from the formation being too unbalanced, so the tactical musings are quite moot. While the back-line needs to clean up the mistakes, the biggest issue was on the other end and the scarcity of offensive production and ball possession was baffling. The players and the coaching staff will have to look within for a solution because the Bianconeri are being their own worst enemies right now.

As for the transfer market, the Emre Can situation ended in the most logical way, with his leaving and the club making a decent profit. Despite his impressive physical traits, he never found the perfect tactical role here and the coaching change did him in, on top of his confidence being completely shot: he is not mobile enough to be a box-to-box and not technical enough to be a deep-lying playmaker. He probably is better suited to be a pivot in a two-man line or as third-centre back, which is where he was when he played his best games here. The decision not to replace him is understandable since he did not play much, and a tight rotation could benefit the other midfielders, but it is also a big gamble on his teammate’s health. Hopefully it will not come back to bite us.

The Mattia De Sciglio-Layvin Kurzawa swap would have been interesting for the improved offensive contribution the Frenchman would have been able to provide, but it would have reduced the versatility of the squad and it probably would have taken him a while before getting acclimated. With Luca Pellegrini in waiting, it would have been a temporary fix unless they plan to cash in on Alex Sandro, but I am not sure his price tag is particularly high.

Switching back to the task in hand, Miralem Pjanic is good to go after subbing off last week. The give-and-take seems to be that if Gonzalo Higuain plays, then Blaise Matuidi, and not Adrien Rabiot, is in the XI, instead with Aaron Ramsey the midfield can be completely technical. The wild card is Douglas Costa, who could lead to a pair of changes, both in personnel and tactically. 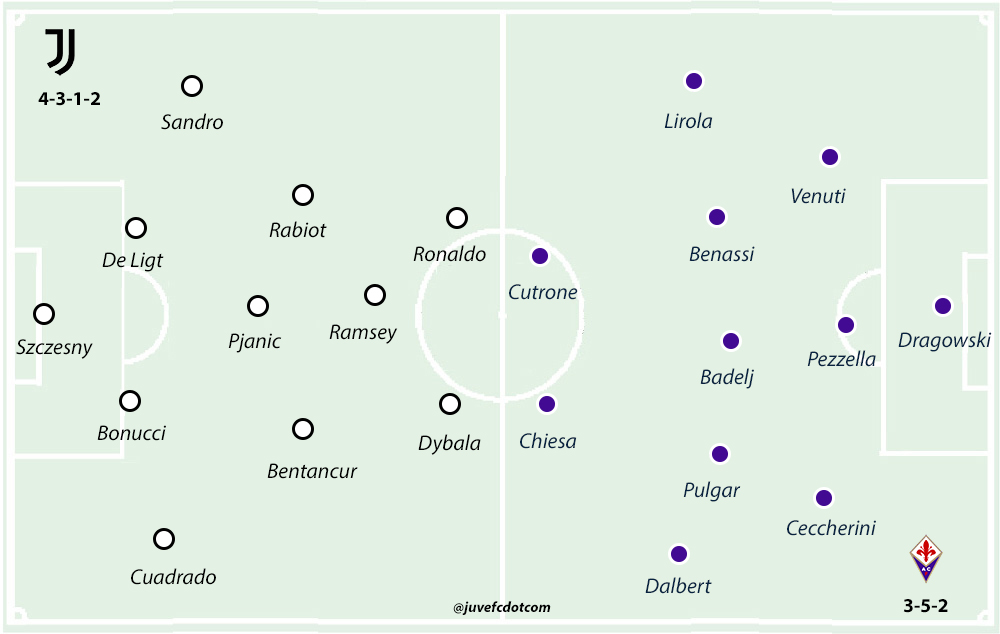 Fiorentina have collected plenty of points since Giuseppe Iachini took over from Vincenzo Montella during the Winter break: they were pipped at the post by Bologna, squeaked by SPAL, upended Napoli on the road and then tied with Genoa at home. After they had eliminated Atalanta in Coppa Italian, Inter handed them the first loss of the new course on Wednesday.

While the results have improved, they had not won since October 30th, I am not sure the product on the pitch is much better and Iachini never impressed for style points in his previous stops. They were sliding in the standings and were afraid of a finish like last season, where they avoided relegation only in the final game, so they got a gritty coach that had experience in those situations and had an emotional connection with the fans, having played there in the past.

They have indeed turned up the intensity though, and he had made a pretty logical change to the midfield, reinserting Marco Benassi over Milan Badelj and moving Erick Pulgar from box-to-box to pivot. They lacked dynamism with both Badelj and Pulgar and Benassi is also a pretty decent goal-scorer. They addressed the need and went on to sign two pretty good players on deadline day to remedy that: Alfred Duncan from Sassuolo and Kevin Agudelo from Genoa, so they will be pretty loaded in the second half of the season. The rest of the 3-5-2 has stayed the same and it makes sense until Franck Ribery comes back. Pol Lirola and Dalbert are pretty offensive-minded and the role is pretty perfect for them, even though it took a while for the ex-Sassuolo man to adjust to his new team and start performing well.

They will have to deal with some key absence in this one as two starting centre-backs, Nikola Milenkovic and Martin Caceres, are suspended and Gaetano Castrovilli, who has pretty much their main driving force, is dealing with a head injury and it is obviously a very delicate situation. Duncan and Agudelo are probably not ready to feature, the former was also dealing with an injury lately at Sassuolo, so they will probably go back to the previous solution, especially since Valentin Eysseric, who filled in last week, was shipped to Verona.

Federico Chiesa has had a weird season so far, reconciling only recently with the fact that he did not leave in the summer. He has not been the leader he showed he can be in the past and has not taken a step forward scoring-wise. He has been faring better lately, like the rest of the team, and a full-fledged resurgence can not be ruled out. He will pair up with their big January addition Patrick Cutrone, who has a pretty limited skill-set, but is surely electric in the box and needs just a sliver of daylight to bag one. Dusan Vlahovic is a fantastic prospect and he already boasts a very complete game and, while he will be a bit overshadowed by the more experienced Cutrone, he has been able to do some damage off the bench.

Milenkovic and Caceres being out will force them to field two between Federico Ceccherini, Lorenzo Venuti and the newcomer Igor in the back and the drop-off is substantial and German Pezzella has not been as polished as in the past. Bartlomiej Dragowski instead has grown a lot over the course of the season and has been able to pull off some monster performances.

With the coaching change, they have veered from trying to have a proactive style to being a more typical Serie A side that defends stingily and attacks quickly, which is not the most pleasing proposition but often works out and suits their top contributors, as Chiesa and Cutrone are very capable on the open field. They will be on their sixth game in two weeks, so they might be a little spent and there could be some surprises in the lineup.