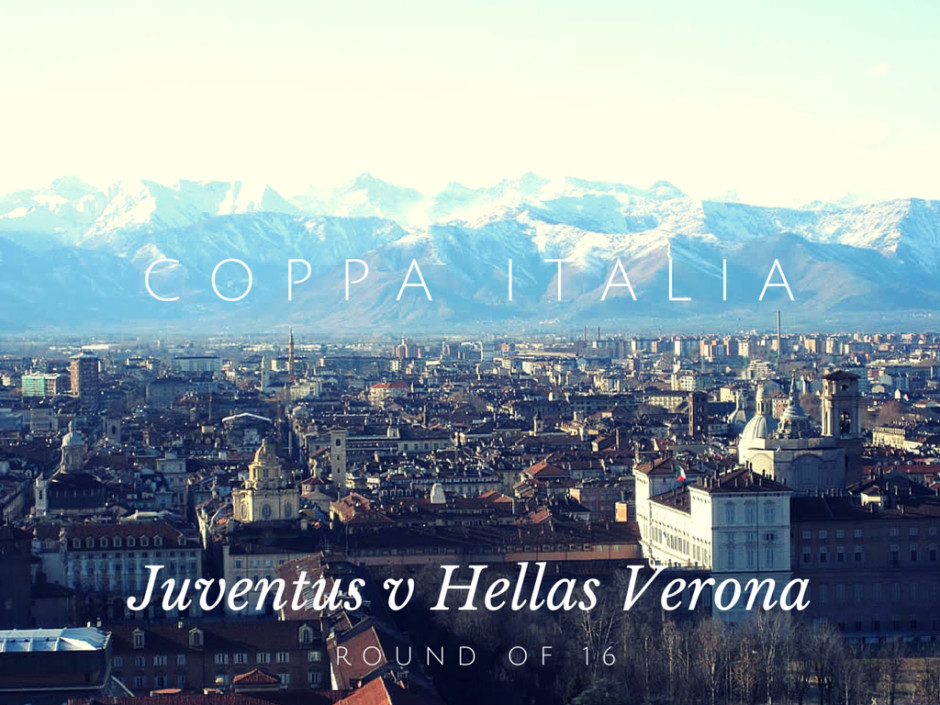 After big games versus Inter and Napoli the fixture list for Juventus has calmed down somewhat. They face Hellas Verona in the Coppa Italia – and then again over the weekend in Serie A – which is an opportunity for Max Allegri to rest some of the stars and start some of the bench players. Also, he may throw in some youth players. This is something more or less unheard of at Juventus from the years 2011-2014. I’m not sure why.

As in all Coppa Italia competitions, Gianluigi Buffon will sit and Marco Storari will start. I’m hoping Storari will be motivated by the rumors of a Neto transfer to Juve (in the summer) and will have a terrific game. Either way, Storari has always been a fine deputy for Buffon.

The backline will feature some rotation as well. Right now it’s reported that Leonardo Bonucci will start alongside Angelo Ogbonna at centerback. Meanwhile, Patrice Evra will be rested and Simone Padoin will start in place of the Frenchman. It’s less clear at right back. Stephan Lichtsteiner is of course the usual start, but he should be rested. Who replaces him? Roberto Pereyra? Martin Caceres was not called up, so I can’t see how Lichtsteiner is benched. Technically, Simone Pepe is on the roster.  He played right back once, like in 2010. So, I suppose that is an option.

The midfield also has some stars being rested. Andrea Pirlo wasn’t called up for the game, and Arturo Vidal is expected not to start. So, Claudio Marchisio should start in Pirlo’s regista role. That leaves Paul Pogba and perhaps the youngster Federico Mattiello in the middle two positions and finally Roberto Pereyra in the trequartista role. With Pogba and Marchisio still in there, it’s hardly a weak midfield.

Finally stalwart Carlos Tevez is also not listed on the roster and will be rested. Fernando Llorente is unlikely to start, but Alvaro Morata, Kinglsey Coman, and Sebastian Giovinco are all being considered. I expect Morata to start, and then to be partnered with one of Coman and Giovinco, hopefully Coman.

Juve will have a look at the whole Hellas Verona roster as they’ll face them twice in four days. Without Juan Manuel Iturbe and Romulo (and Jorginho too, who left in January), Hellas Verona are no longer that explosive team that plays an exciting brand of football. They added some experienced players and they rely heavily on the veteran play to salvage some points here and here. They are substantially a standard low-table team that tries to navigate through adversities without sinking. They have succeeded so far: they have 21 points, six more than the 18th team in the table, but they are a distant cousin of last season’s squad, which was a legitimate contender for an Europa League spot until the final third of the season.

The main problem is that they haven’t been able to find the change-of-pace players they needed to replace the ones who left. Nico Lopez has had a good run two month ago (four goals in six matches) but he hasn’t scored since November 29. He’s their main offensive creator, but he’s wildly inconsistent. Luca Toni needs to be fed properly to unleash his old-man tricks in the box. The former Bayern Munich and Fiorentina striker is still getting it done at 37: he has scored seven goals in 19 matches and he’s still their focal point.

They are likely to be without several players in both matches: Bosko Jankovic, Mounir Obbadi, Artur Ionita, Juanito Gomez and Vangelis Moras have been nursing injuries for a while and they probably won’t be able to return in time. Lazaros Christodoulopoulos is questionable because of a back issue, but he might be available. These absences dramatically reduces the options at disposal of the coach Andrea Mandorlini so Juventus won’t square off against two completely different lineups in the two matches.

In the first one, some of the least used players will be inserted in the starting XI, like Pierluigi Gollini, Frederik Sorensen, Antonio Luna, Gustavo Campanharo, Mattia Valoti, Jacopo Sala, Javier Saviola or Nene, even though the word coming from Hellas is that they really want to pass the turn, so they could field their best lineup. However, they have been forced to use so many different formations because of injuries and inconsistent performances that they really don’t have a ‘best XI’. It will be interesting to see what Mandorlini does with Toni: the centre-forward can’t bear playing twice in four days and the coach will have to pick one. UPDATE: Toni is out with flu-like symptoms.

They have recently used 3-5-2 more than last season’s 4-3-3 due to injuries to the wingers and to the lack of quality upfront. They added a little wrinkle to their offensive strategy by acquiring Leandro Greco, who can play as advanced midfielder and support the strikers better. Mandorlini is starting to use Sala in the midfield more and he’s an interesting player. Differently from other small teams, Hellas Verona have a lot of quality in the midfield, which is now their main (only?) strength. Furthermore, they are tall, tough and physical, thanks to players like Rafa Marquez and Guillermo Rodriguez who add a lot of muscles.

On the road, they are in the middle of the pack, having won two games, drawn four times and lost thrice. Last year, when Hellas visited the Turin, Mandorlini built a bunker to avoid conceding, he might do the same again. In any case, Juventus will have to pay attention to the counter-attacking game, which, as usual, is the sole weapon of this kind of team against a top club. They have fast players (Nico Lopez clearly stands out, but also Sala, Valoti, Christodoulopoulos and Toni runs hard when he sees an opening to score) and they have the technical skills to find them in the open field. They shoot a lot from distance and it’s better not to be caught off guard. They don’t score a lot, but they are good in protecting the lead. 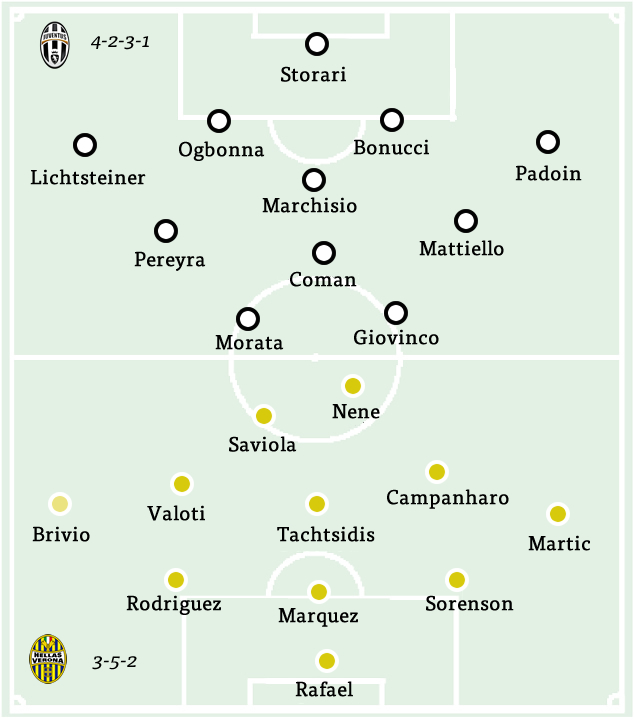 Stevan Jovetic on loan for Juventus ?