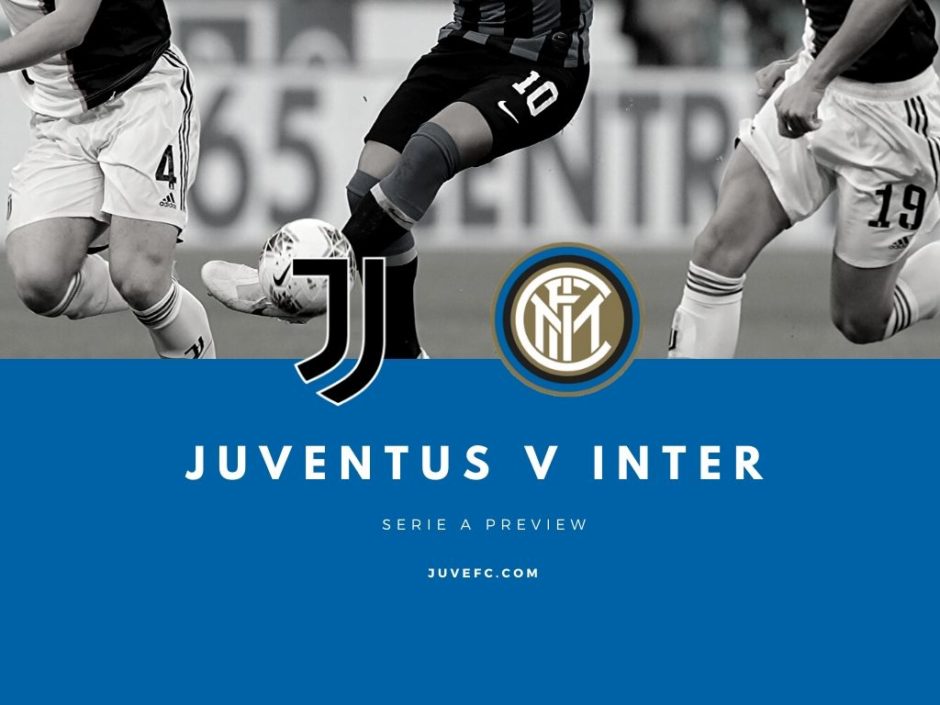 Finishing third in the Champions League group stage isn’t an achievement, especially when you win just once, but it’s better than nothing. Considering that Juventus are ways away from really competing for the big-eared cup, they should definitely turn in a decent effort to go far in the second continental competition when the times come. A trophy is a trophy, even more so for a side with very little European success. But that will be a matter for February and March.

The display versus PSG was half-decent, and the Bianconeri have shown fight and determination in the last few matches. It took a plethora of injuries and the energy of a few youngsters, but the coach has finally been able to rally the troops, so the shortcomings are strictly technical and no longer motivational as well. While the performances haven’t been superb, playing with the right attitude and vigor has been enough to best some minnows and put together the first domestic winning streak of the season. Hopefully, the dreadful and rudderless showings like those versus Monza and Maccabi Haifa are a thing of the past.

The challenge is to maintain the same spirit and concentration following the return of key players. Everybody tends to give more in dire situations, but that shouldn’t change once the injury crisis relents. The top four is within reach, and the next three fixtures are an opportunity to stake a serious claim, although they are far from easy pickings. A win in this one could easily be a turning point of the season. It has been so long since the Old Lady has prevailed in a crunch game.

The coach should keep the starlets involved under normal circumstances and not just when there are no alternatives. They are often less encumbered by sticky patches than veterans, because they don’t know any better. While Federico Gatti is going through the ups and downs of facing much better opponents, Fabio Miretti and Nicolò Fagioli provide real oomph to the midfield, which has been a weak link all year long.

In addition, it would be better not to go back to the tactical confusion of the previous weeks. The squad works just fine with 3-5-2, as more contributors are in their natural habitat, starting with Leonardo Bonucci and Juan Cuadrado, who can be liabilities in different formations. Using Filip Kostic as a wing-back hasn’t caused defensive problems, even with Alex Sandro behind him, and Gleison Bremer is coming back and will play either there or as the anchor when Bonucci can’t go.

Federico Chiesa and Angel Di Maria probably won’t be able to shoulder full minutes before the World Cup, so integrating two pure wingers will be a problem for later on. Who knows if the latter will ever be able to string together a few appearances in a row without getting hurt. Considering the time off, there shouldn’t be heavy expectations on the Italian winger, but he couldn’t have looked any better in his return. In any case, they both can feature as a second striker/no.10, and the Argentine maybe even as a box-to-box with two bulldogs next to him. Plus, with Leandro Paredes, the only pure regista, not managing to become an indispensable player, a slight tweak to a 3-4-3/3-4-2-1, which works wonderfully for many Serie A sides that copied it from Gian Piero Gasperini, could and should be the final destination. It’s one of the few lineups Allegri hasn’t tried yet in his season-long whirlwind, though.

Bremer and Di Maria are good to go, while Dusan Vlahovic will be a late call, and he’ll at most be a bench option. The easiest solution would be the same configuration as versus PSG, with the ex-Torino ace in the back. The gaffer hinted at some changes, which could involve Fagioli and Miretti and most likely a schematic change since the only other alternatives are in different roles.

Inter have managed to do what Juventus dreamed of pulling off after their early woes, which is returning to almost elite levels by tightening the screws and without doing anything too drastic. They have looked like last season’s selves in the past month. While them beating up on inferior Serie A sides is par for the course, what they have achieved in the Champions League, with some help from Barcelona, is outright impressive.

Their early losses were baffling for a team with so many certainties to lean on, and the problems turned out to be primarily mental. A faux-pas here and there can happen when you meet in-form opponents but experiencing five stumbles in seven rounds, even though against strong sides, was ghastly. It couldn’t possibly last, and in fact it didn’t, although it may have cost them the Scudetto already. Making up eight points to this version of Napoli is hard to conceive, but the season is still reasonably young. They have rattled off four straight victories domestically, with the best one coming versus Fiorentina on a dramatic finish and the most comfortable one against Sampdoria. They also topped Sassuolo and Salernitana, which were no walks in the park.

They got rid of lapses and lack of cohesion that hindered them beforehand, plus their top players got back on track. Lautaro Martinez snapped out of a scoring drought, Nicolò Barella resumed being a fury, and the defense ameliorated, although it’s not quite superb quite yet. They are bound to keep improving once Romelu Lukaku and Marcelo Brozovic are fully back. The two injuries did rock the boat initially, but they eventually found a new equilibrium.

The way they coped with the absence of their midfield linchpin has been the biggest contribution by Simone Inzaghi thus far. They signed a young and promising deputy in the summer, Kristjan Asllani, but they hadn’t used him early on, so he floundered when first called upon during their skid. The gaffer turned to experience, moving to Hakan Calhanoglu to deep-lying playmaker, something that he’s probably destined to do in the later stages of his career since that he’s not the quickest cat, and starting Henrikh Mkhitaryan, who became an all-around player in his Roma seasons. They now have plenty of technique and savviness in the role, and they haven’t had many troubles defensively since Barella can run for three guys, and the other two aren’t slouches either, plus 3-5-2 is naturally sturdy.

Another brilliant call by the manager was to expedite the changing of the guard on goal. Samir Handanovic can still have the occasional great display, but he’s almost immobile at this point. André Onana isn’t the most dependable goalie, but at least he flies around and routinely makes difficult saves. Moreover, Federico Dimarco has been the starter on the left flank, which wasn’t a given considering they paid a pretty penny for Robin Gosens last January, and they aren’t in a position to waste an investment. But the ex-Atalanta ace has been a shell of himself in Milan coming off of a major thigh injury. In addition, their home-grown product is more similar to Ivan Perisic, as he’s a prolific crosser and a decent playmaker, while the German is more of a finisher. That’s particularly helpful since they have a closer on the other flank, Denzel Dumfries, who isn’t having a devastating season but is always a major threat to making a winning play when they need one. If Lukaku ever gets right, containing their physicality will be challenging for any team.

They fully exploit it on set pieces, thanks to two pristine takers like Calhanoglu and Dimarco, but their defense is still somewhat shoddy considering its talent. They have improved lately, but they aren’t all the way there yet. They haven’t had blunders but rather collective and perhaps systemic mishaps. Plus, they aren’t rock-solid psychologically, and things can snowball on them and they can come unglue when they get sloppy, so that’s maybe something to take advantage of.

On the other hand, they have a plethora of weapons and still some untapped offensive potential. Lautaro Martinez can sting the opponents in a variety of ways, and he just needs a sliver of room to deliver. Edin Dzeko isn’t the greatest scorer but is an ideal second fiddle for his size and passing. Joaquin Correa is finding continuity off the bench, which should probably be his natural role, even though his price tag suggests otherwise. Their strikers attract so much attention that it’s easy for midfielders to slip into the creases, and Barella and Mkhitaryan are tremendously effective. And their flank game is a major source of offense on its day. They are a front-running team one way or the other, and they are in rhythm right now.

Brozovic will be available for this one, but he’ll be eased into action. Alessandro Bastoni is feverish, so he’ll be assessed late. He’ll start if in good enough shape; otherwise, Stefan De Vrij and Francesco Acerbi will get the nod together in the back. They are set to go with their best XI in the other positions.