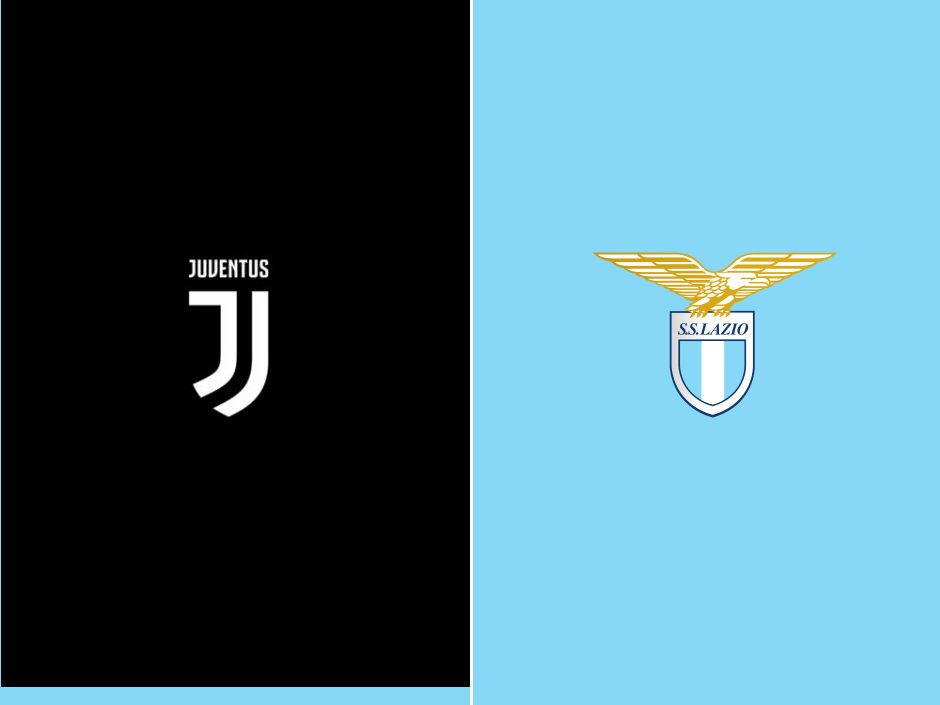 After the break, Juventus are seeking a double redemption: the Atalanta game had a bitter ending and Lazio defeated us in the Supercoppa. The Bianconeri managed the result very poorly in Bergamo: you can not let an opponent come back after you are up two-nothing. Obviously, the disallowed goal and the missed penalty by Paulo Dybala make it all worse: a game that needs to be forgotten very quickly. Napoli are still perfect so we are now hunting them, two points behind.

There was no major injury during the international games: Mario Mandzukic sprained an ankle but toughed it out and played the next game and Andrea Barzagli skipped an Italy tilt but his hamstring ailment is minor. They are both available for this game, then it will be up to the coach to decide.

The two-week pause helped Sami Khedira recover and he could start in this one, considering that Rodrigo Bentancur is coming off a trip to Uruguay. Claudio Marchisio is still a little bit behind and will be re-evaluated next: he is not technically injured but the medical staff fear further damage to the knee if he returned too soon. Miralem Pjanic is out with the hamstring issue he suffered right before the Olympiakos game, but in this case the timetable is pretty standard and we should see him out there next week.

Massimiliano Allegri does not particularly like to field the South Americans right after the break, but we are facing a challenging match up and he will have to bend a little. Juan Cuadrado was the last winger to return to Vinovo, so he is unlikely to start: Federico Bernardeschi is expected to be in the XI for the second time in a row, but Douglas Costa has a chance as well. He scored against Atalanta and had a decent performance overall, but I think he still has ways to go in terms of chemistry with his teammates. Douglas Costa would feature from the beginning if Mandzukic was spared, but it looks like Mandzukic will play. The magnitude of the game requires Dybala to start and he did not play with Argentina, but that has not stopped Allegri from resting him in the past: without him the tactic will likely switch to a 4-3-3.

There are some doubts concerning the defence: Mattia De Sciglio and Benedikt Howedes are still out, Barzagli is a little banged up, Giorgio Chiellini played twice with Italy and Alex Sandro was with Brazil. Chiellini is rumoured to start, but the Sporting Lisbon game that is coming up in three days is as vital, so I would not be shocked to see him benched, with Medhi Benatia and Daniele Rugani anchoring the backline. Stephan Lichsteiner will play on the right flank. Otherwise these two will simple battle it out to flank Chiellini: I think it is time to trust Rugani a little more.

Marko Pjaca resumed practicing with the rest of the group and we might see him on the bench in the upcoming fixtures: it will be interesting to see how and where the coach decides to use him. After the arrivals of Bernardeschi and Costa, the attack is much more crowded and the Croatian forward could find playing time hard to come by. I would not be super surprised if he was sent on a loan spell in January.

Lazio have had a great start to the season: after lifting the trophy in early August, they went on to win five out of seven Serie A. They lost only to Napoli, in a game where they were leading and then were hit by a number of injuries, especially in the defence. The way they navigated through the absences of key players, such as Felipe Anderson, Luis Nani, Stefan De Vrij, Dusan Basta, Bastos and Wallace, was brilliant and Simone Inzaghi has deserved much praise. His name has been linked to the Juventus bench and, considering how much the management likes Italian coaches, I would not dismiss the rumours so easily.

They are now automatic against smaller teams and that fuels their European ambitions. They dismantled Sassuolo in the last game even though the opponents scored the first goal. The Biancocelesti easily came back and won 6-1. Due to Anderson’s unavailability, the coach tinkered with the scheme and built a stout 3-4-2-1 with Sergej Milinkovic-Savic and Luis Alberto as attacking midfielders. The former Liverpool player had shown some flashes last season, but he stepped up greatly when his number was called upon this year: very elegant, he can dish it and he can score from distance. The Serbian is more an off-the-ball threat, so they complement each other very well. Having a player with Milinkovic Savic’s physicality in that position helps a lot also in the early defensive phase and in the air.

Some players are starting to come back from injuries: Bastos is expected to re-gain the starting job as right centre-back, so the backline will return to a more normal composition after they were forced to experiment with Patric, Luiz Felipe or Lucas Leiva there. It will take a little longer for Basta, Wallace and Jordan Lukaku to recover, while the situation of Anderson is unclear: he is reportedly dealing with a tendinopathy and has been missing since the start of August.

Inzaghi seems to have a very clear hierarchy in is head and therefore the only real doubt in on the right flank: Adam Marusic is not in tip-top shape and could be supplanted by either Patric or Alessandro Murgia, who scored the game-winning goal in Supercoppa. De Vrij is not in perfect condition either, but he should be a go on Saturday.

Lazio have had very little success in Turin over the years, but they acquired so much confidence last season: they are a different, much more dangerous team than in the past. They have a clear game plan and they execute it. Ciro Immobile basically scores in every game, but they are not a one-man band. They are particularly threatening through the middle, thanks to the cuts by Milinkovic-Savic and Parolo and Alberto and Immobile’s play-making. It is a very cynical team so you can not allow them to create too much. 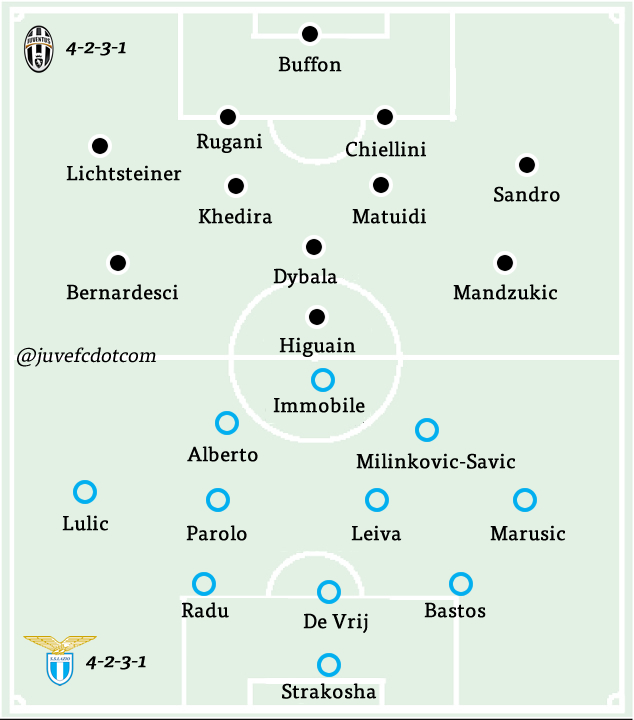