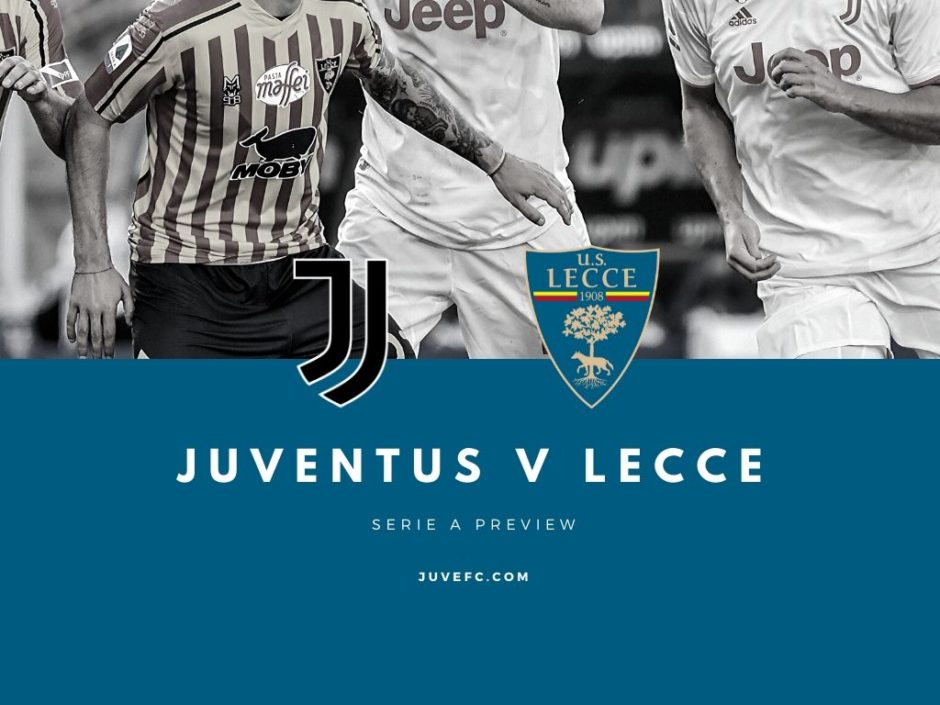 Juventus could not possibly go lower and in fact moved in the right direction in the Bologna game, even though it was still far from a completely convincing performance. But winning is always a panacea and, perhaps even more significantly, the squad appeared to have more juice and came out aggressively and handled the advantage pretty well, without risking too much. In their statements, the players and the coach seem to have closed ranks after the recent criticism, which was warranted but went too far in some instances. We will see whether that is true and everybody can row in the same direction or if it’s just a façade following a positive result. The extra breathing room in the standings provided by Atalanta is surely nice, but there is a long way to go.

The biggest surprise was Federico Bernardeschi not only getting the nod but also thriving as he had perhaps never done this year. He got his chances, mostly early on and as no.10, but then got lost in the shuffle as the manager clearly prefers Douglas Costa and Gonzalo Higuain over him, which is totally understandable.

But the Brazilian speedster is still far from the best form and is more useful in small stints for now, and anyway may be too delicate for the crowded schedule; El Pipita will need some time too. Even when his technique or decision-make have been desire, Bernardeschi has always been a workhorse and that will come in handy in the next month.

On the negative side, since when it rains, it pours, at left back Mattia De Sciglio picked up a thigh injury just as he was having a strong outing and Danilo got stupidly sent off and has generally been terrible in the early stages of the resumption. There are worse games where this could have happened, but good ol’ Blaise Matuidi is headed for the second appearance in that role and hopefully Adrien Rabiot, who was only half bad against Bologna, can muster some more vitality in this one.

It has been a little glossed over due to the disappointments of the Coppa Italia final four, but Matthijs De Ligt and Leonardo Bonucci have been absolutely brilliant in the last three games even if some struggles would have been understandable given their size. Instead they have been as good as ever, proving to be great professionals, and their chemistry is only getting better.

Higuain seems ready to go and should be eased into action, but the line up choices remain limited. The main doubts are the ones between Costa and Bernardeschi on the right wing and Miralem Pjanic and Aaron Ramsey in the midfield, but he is being treated with kid gloves, so he might not start until he is really ready. It could be the right kind of game to rest one of the two centre-backs. 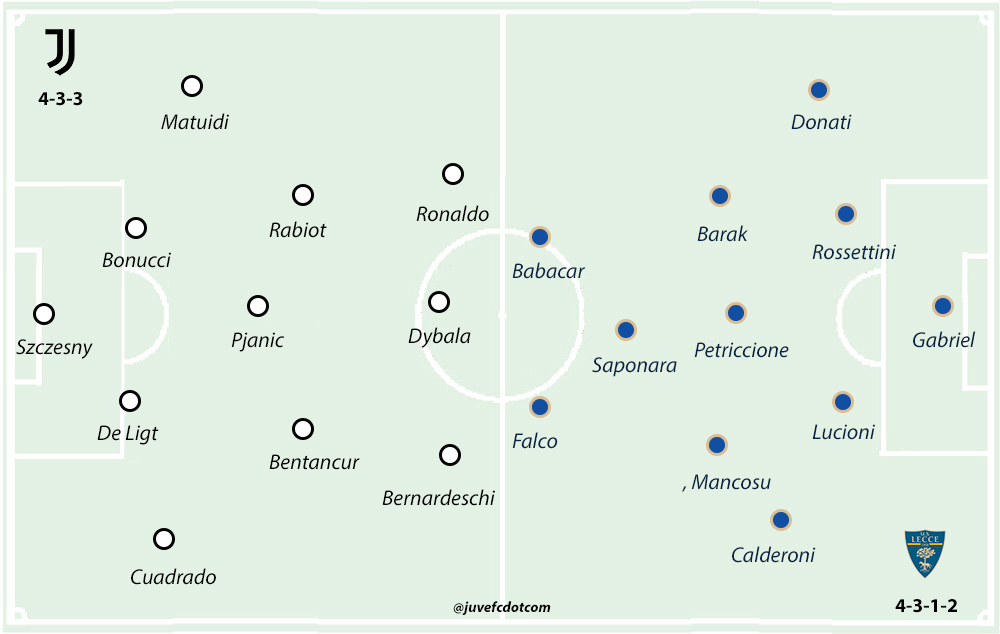 Lecce’s season hasn’t gone as expected: they are a little short on talent, compared to other sides striving to avoid relegation, but they make up for it with an aggressive style fuelled with fresh ideas from their young coach Fabio Liverani, who is destined to go places. Such a gambit can produce wild swings in this zone of the table: for instance, just before the break, they’ve gone from beating Torino, Napoli and SPAL in three consecutive matches to losing very badly to Roma and Atalanta, conceding a grand total of 11 goals in these last two outings. The negative stretch continued on Monday as they hung on for an hour against Milan before crumbling.

Besides the belief of their coach, refusing to sit back and counter is also a necessity because their defence is pretty horrendous at times, so they are better off being feisty and trying to go mano-a-mano with their opponents, even though they are always at risk of having the wheels fall off. They have had a modicum of success against top opponents, as it transpired in the first match at Via del Mare, where they mucked it and it ended with a tie.

Despite not spending a lot, they have significantly improved in January by bolstering their struggling midfield with Antonin Barak, Riccardo Saponara and Alessandro Deiola. The first two were revived here after poor seasons and continuous injuries and have instantly become key pieces of their formation. The former Udinese man, in particular, looked like his best self after vanishing due to a massive back problem. Saponara is still a little too banged up at times, but his playmaking in the hole is often outstanding. They have also signed Giulio Donati for free, who is the starter at right back.

Their strategy would work out better if they one of those typical small-team go-to strikers, but instead they bet on several reclamation projects in their front-line. Gianluca Lapadula in particular has fared better than in the past, but he has yet to reach the double-digit threshold, and he sprained his ankle in the last match will be on the shelf for a while. They have given a lot of rope to Khouma Babacar, but with fairly meagre returns, while Diego Farias, who could really be a wild card with his pace, has spent a lot of time in the infirmary. In the end, their most prolific attacker has been the supremely sneaky Matteo Mancosu, who is deadly from the penalty spot and has punished a fair amount of big clubs. He and Falco, who has a great right foot, will be the two to guard more closely.

While they lost Lapadula, they are likely to have Barak back, perhaps even in the XI. He could play over either Jacopo Petriccione or Panagiotis Tachtsidis or join them, moving Mancosu back to the front-line. They could be tempted to go the 3-5-2 route given the match-up and their absences, Zan Majer and Deiola are out, or opt for a light attack. Giving more room to operate to their fullbacks is a decent way to go since they are both dynamic and Marco Calderoni has scored few times from distance.

Throughout the campaign, they have weirdly been better on the road than at home, where they got their first win only in February. It is a squad that could get galvanized if the match begins to go their way, so they will have to be tamed early, otherwise it could spell trouble later on.