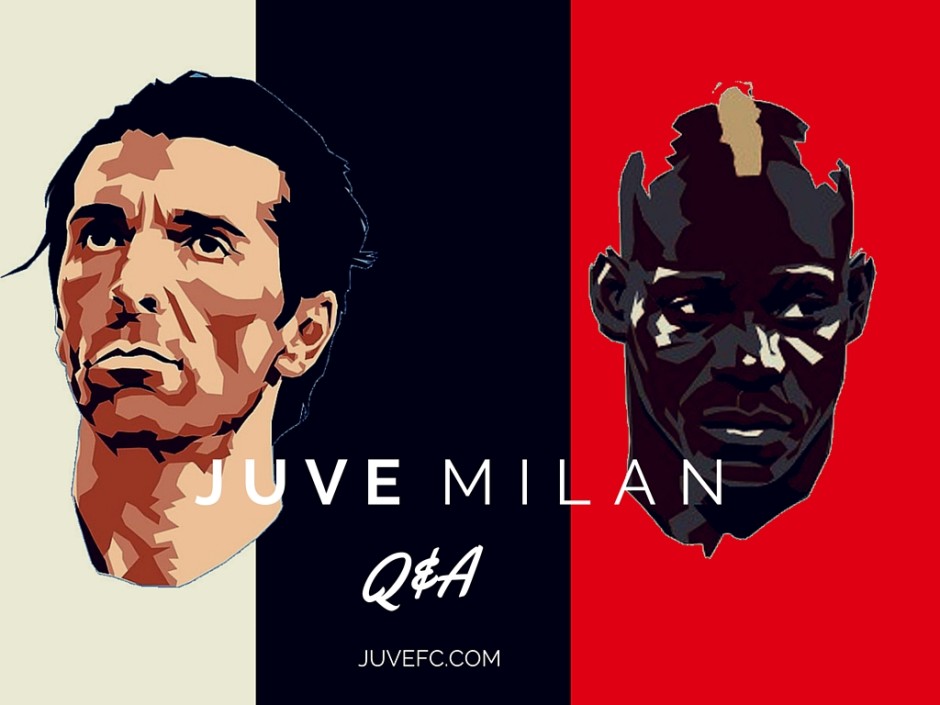 We put your questions to blogger Peter Acquaviva for a special Q&A ahead of this weekend’s Juve v Milan clash at J Stadium.

What are your thoughts on Miha’s Milan ?
It’s really tough to break bad habits down. Mentally this Milan team is still miles away from where they need to be. The summer’s acquisitions provide a bit more talent for Mihajlovic to work with, but considering you’re always building on the work of your predecessors, it’s really a total culture shift that Mihajlovic is trying to oversee. This squad needs an exorcism, and unlike in the movies, the only way to do it is to win. This team isn’t capable of winning beautifully, or with class, or any of the things that great Milan sides would. You have to start somewhere, and it’s not enough, but a result for them against Juventus would be a step in the right direction.

What are your hopes/objectives for the season ?
I hope they don’t fire Mihajlovic before the end of the season. I hope they give up on players that should probably be given up on (Montolivo, Poli, Mexes etc) and give opportunities to those that haven’t gotten time but we need to know more about (Jose Mauri, Niang, Rodrigo Ely) so the club can actually forecast a coherent plan to build a squad. That’s been missing for so long, I think more than where do they finish (they’ll say third, a champions league spot) more importantly I think my objective for Milan this season is to just get it together and emerge with a plan with how you’re going to move forward.

Are there any players you would you take from this Juventus squad and place into your current squad ?
Bonnucci for the defense, Marchisio or Asamoah for the midfield (Mino shopped Pogba to Milan and Juve at the same time a few years ago, and the ship sailed), and Dybala in attack. Before a few weeks ago I would have said Buffon, but Donnarumma is very intriguing, and I want to see what the kid is capable of.

If Trapattoni’s Juve faced off against Sacchi’s Milan, who would win?
What are the rules of offside? Are we allowing passive offside? That is always the key factor to me in any comparison with Sacchi’s Milan because that rule is the basis of the entire strategy. The coordinated offside trap, the narrowing of the playing space, it all comes from the basis of that rule that catching one catches them all. I don’t think any team could beat them at their own game, but if the passive offside is allowed, I think the game would be much more competitive.

Do you think sacking Allegri was a wrong decision ?
Sacking Max – It was the right decision. It wasn’t done in the right manner – Barbara Berlusconi virtually fired him on the air, or at least he was informed on the air. In retrospect, it’s clear how much more the sky was falling than Milan themselves thought, although if they were being honest about the way things were, it was pretty obvious (but this is Milan, and this is Silvio – so obviously they weren’t being honest). Max was never going to make the situation better, and it was time for both parties to move on. The contract extension Allegri got probably was a poor idea in retrospect, but then again so was throwing Seedorf in mid-stream and not even giving him a year to work with because he asked for structural reform and clashed with a clique of under-performing players.

How far off do you think you are from becoming regulars in the Champions League again?
Phew – a ways. Two seasons, I’d say. Of course, mentality really means a lot in sport, and let’s say they get it together, could it be next season? Possibly – although they’re still two or three key pieces away from any meaningful challenge to a Scudetto / sustained top 3.

Which midfielders have had an impact, and what to expect going forward ?
Kucka has had an impact for Milan, but not really in a positive way. He can’t pass. Milan can’t pass. I think they’ve actually gotten worse in that department from before, and 2/3 of the midfield in best case scenarios are under-performing. De Jong / Montolivo in the center are both not good enough. Sure Montolivo has a great ball recovery statistic, but his passing is inconsistent at medium range, and his initial instinct is either home run ball or short pass. De Jong is far from a risk taker, but lacks even the moderate creative output that Montolivo has this season. Poli has heart but really lacks skill, guile and any semblance of creativity. The combination play is terrible. Bertolacci and Bonaventura are the bright spots in the midfield when they play there, but both are diminutive enough to lack the physical edge the Milan midfield needs, and at the moment none of the options in there cover enough of the holes to create a cohesive midfield. Going forward, we’ll find out if Mihajlovic really does play the best man for the job (so far the results are mixed) or if the guys upstairs are still calling the shots.

How do you see Juve v Milan going ?
This will probably be an ugly game, first of all. It’s about the result, and I think the football will be scrappy to match. If Milan do indeed go with a very offensive lineup as rumored, they’ll have to play deep on the counter, with Juve possessing the ball and controlling the middle of the park due to their extra man. Whoever scores first won’t hold the lead the whole game, as I don’t think either side can handle the pressure right now.

Predictions ?
Predictions – 1-1 I actually got the last prediction right almost to the minute the game would be over… this one is more contentious. Juve could make a statement of intent under Allegri, but I feel like if that was coming this season we would have had more hints about it. I don’t see either team really “turning the corner” on anything, but a win would be huge for morale of either team. I’m thinking both know that, and it ends locked up. 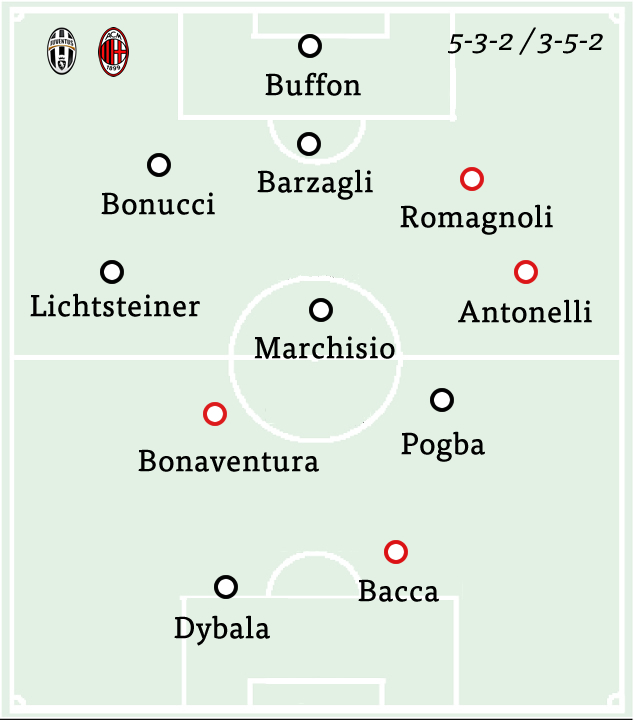 Juan Cuadrado ‘very happy to be at Juventus’