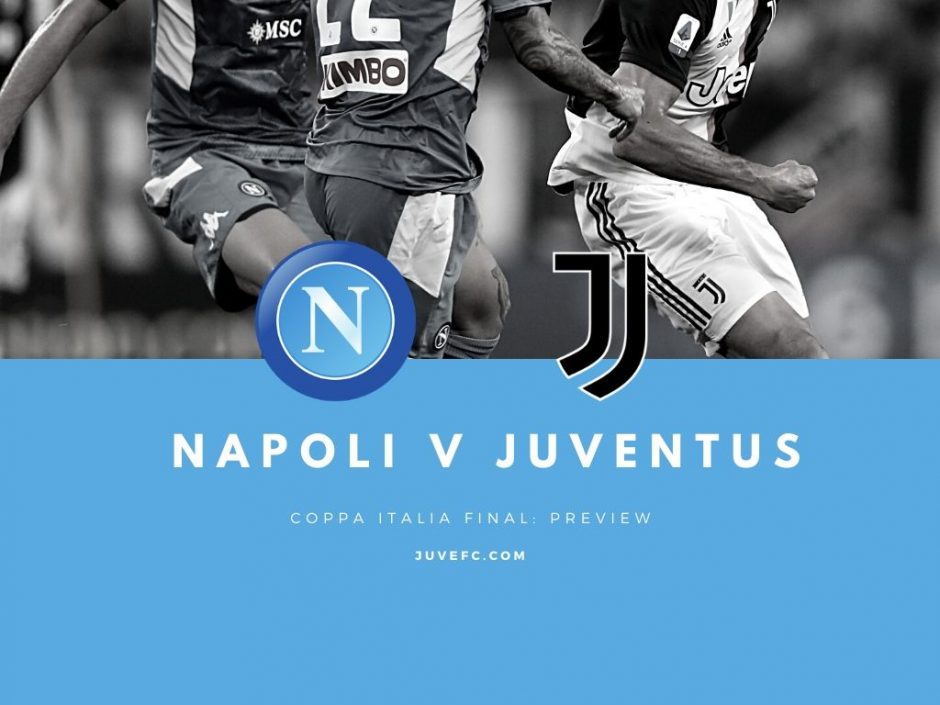 It is hard to properly gauge the performance against Milan as there was such a big break after a few minutes, but, overall, it mirrored so many of those the team had throughout the season: filled with encouraging signs early on, ultimately successful, but far from being satisfying. Given the three-month lay-off, the players get a pass for the dip in intensity in the second half, but failing to come up with a goal was pretty disheartening and, despite the domination possession-wise, the clear-cut chances were just two or three.

The most relevant tweak after the lockdown-induced mini-camp was Cristiano Ronaldo playing as no.9, an adjustment that has always made a ton of sense and even more so with Gonzalo Higuain on the bench, but something that the player himself resisted to multiple times. Massimiliano Allegri had tried it out from the get-go last year, only to do away with him because he tended to be bottled up against the minnows. With Sarri-ball, opening up spaces has rarely been an issue and the front-line, until everybody had legs underneath them, was free-flowing and effective.

It also relieves Paulo Dybala, who is now totally comfortable on the right-hand side, from the burden of constantly having to deal with two colossuses and puts him more easily in the ideal spot to uncork his lefty curled shots. However, it remains to be seen whether CR7 is willing to make the switch permanently or if it was just a one-off. Missed penalty aside, he did not look great but was often in a position to strike, only to be a little hesitant or stubborn in his execution.

After much debate about the midfield, the gaffer went with the standard one, relying on Miralem Pjanic rather than on Sami Khedira from the jump, and both did very little. It seems to me that Rodrigo Bentancur takes a hit when moving from box-to-box to regista and it is worthy only if you have peak Aaron Ramsey to make up for it with his offensive presence, which is not currently the case. The doubt between Khedira and Pjanic still goes on for the final, too.

After the Supercoppa fiasco, Juventus need to bounce back in a final and it will be a particularly momentous occasion for Maurizio Sarri, against his still bitter former team no less, as the only sure-fire way to completely win over the fans is to actually take home trophies. It is no coincidence that his approval rating and thus the support for his hiring went up after prevailing in Europa League last season. Installing a more modern and entertaining playing style is nice, but most supporters are not aesthetes and base their evaluation mostly on results. All the components need to rise up to the challenge to get off on the right foot in this restart.

While the three players that missed the Milan match have a slight shot at making the squad list, they will obviously not be in the XI. The other doubt concerning the line-up involves Douglas Costa, with Federico Bernardeschi and Juan Cuadrado as candidates to replace him, but most of it comes down to his fitness level. The Colombian winger could also supplant Danilo as right back, but if that choice was made for defensive purposes against Milan, then it makes sense to repeat it versus Napoli. 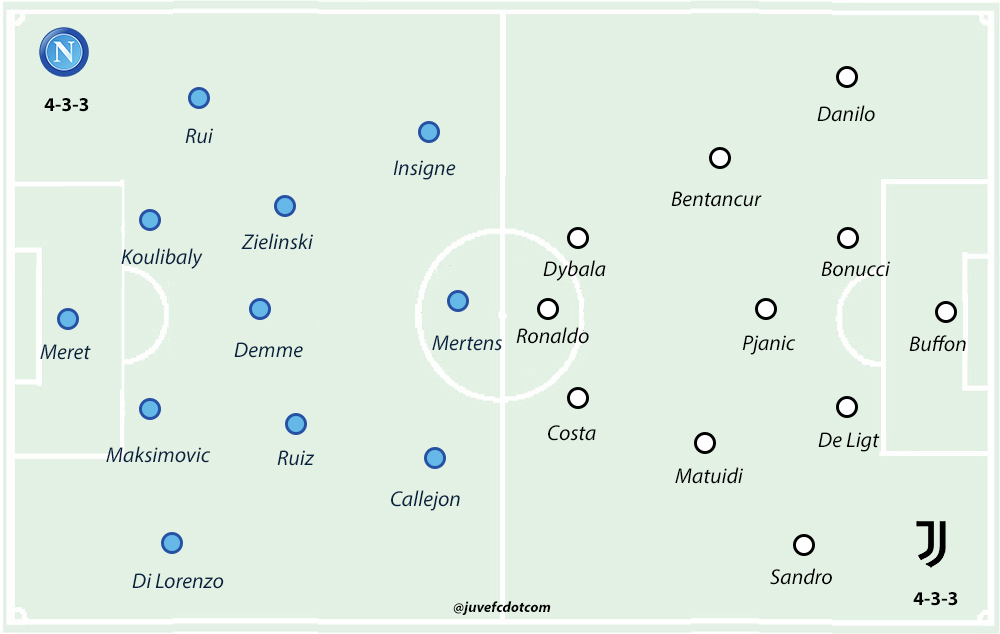 Napoli earned their ticket to the final moreso with a big-boy performance at San Siro in the first leg than in the recent one, where Inter had plenty of opportunities to score but, after an early howler, found a great David Ospina in their way; then Dries Mertens equalized with a cunning but cheap goal on a super-fast counter after a set piece for the opponents, and that was enough.

It is another match-up with nightmarish vibes, although most of Juventus’ duds have come in their stadiums, the latest one in January, when the Gennaro Gattuso era was still in its early stages. That match propelled them to a monster run, as they won in four of the following five games. The return bout versus Inter is only further confirmation of how the squad matured, even surprisingly so, under the former Milan coach.

The Partenopei, also before Sarri, generally excelled for style points, now they have added a healthy dose of pragmatism that makes them more dangerous. Gattuso revived a few players that were misplaced tactically with Carlo Ancelotti at the helm, primarily Fabian Ruiz and Piotr Zielinski, but Lorenzo Insigne also had to take care of excessive defensive duties. The return to 4-3-3, which is pretty much ingrained in them, and the arrival of a great stabilizer like Diego Demme in the midfield did the rest and put all the pieces in place for a great turnaround. It is likely too late to grab a UCL berth this season, but it bodes well for the future.

They lost a bit of their offensive effervescence, but they are more accustomed to suffering and striking quickly. With Insigne and Dries Mertens leading the way, there is plenty of quality at their disposal and it does not take them much to catch the opponents off guard with a sudden combination. Both box-to-box midfielders are terrific cutters and shooters, but they can easily scale back their contribution in the final third and go to work when facing a tough adversary.

While Mertens is set to extend his contract, José Callejon might be on his way out, which has helped Matteo Politano go up few notches in the depth chart. The Spaniard is sneakier and has a higher work rate, but the Italian winger is no slouch either and will be a strong piece once he builds some chemistry with his teammates. The understanding between Callejon and the others is telepathic at this point, and especially visible on those pesky back-door cuts, which might give him an edge in their duel to get the nod. Mertens staying put likely means that Arkadiusz Milik will be relegated to a secondary role till he inevitably leaves in September since he has only a year left on his contract. In my mind, he is one of the more complete strikers around, but they just feel more natural with the Belgian forward spearheading the front-line.

Ruiz was spared due to fatigue versus the Nerazzurri but still played a little in the second half, so he could be ready to be in the XI over Eljif Elmas, who is a strong prospect but at least a couple of years away from being as polished as Ruiz. The other doubt is at left back, where the manager picked Elseid Hysaj over Mario Rui  to be conservative, but Antonio Candreva still dominated on that flank and therefore he might go back to the usual starter. Kostas Manolas is out with a thigh problem, but Nikola Maksimovic has got a lot of run in this campaign and has returned to his Torino level, so the drop-off there is not severe. Ospina is suspended, therefore Alex Meret will have a chance to win back his starting job on a big stage, as the coach has generally preferred the Colombian international because of his prowess with his feet.

While they only knew one way before Gattuso came to town, now they are capable of both pulling the strings and sitting back diligently and counter-attacking, depending on what the opposition gives them, but they are still unpredictable.