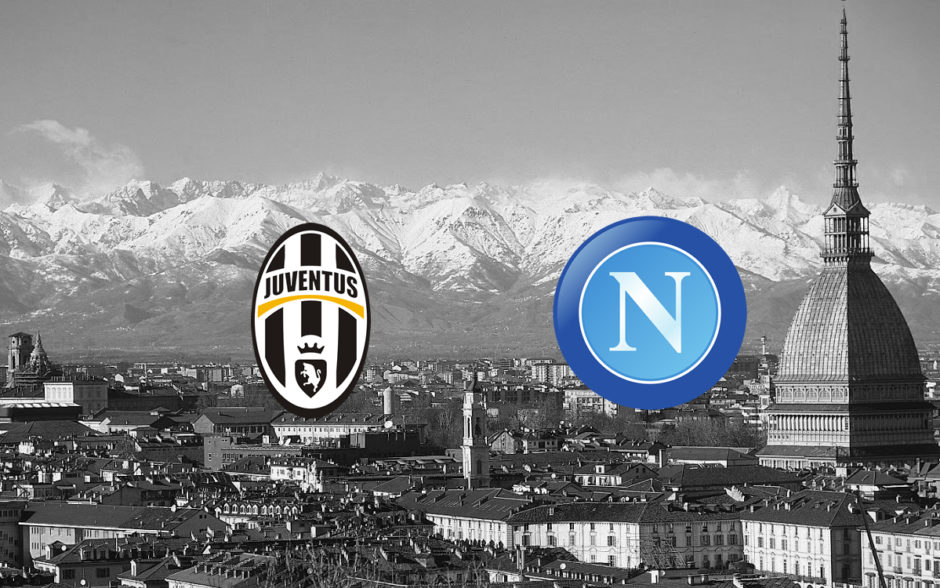 It was a routine 2-0 win against Empoli at the weekend, however Juve face a tougher task when they welcome a wounded Napoli side for the first-leg of the Coppa Italia semi-final.

Despite taking 50 mins to open the scoring, the result never looked in doubt against Empoli. The away side played as well as they could, defending doggedly and limiting Juve for a large portion of the game, however the inevitable opener came courtesy of Mario Mandzukic before Alex Sandro put the result beyond doubt. The Bianconeri rarely needed to exert themselves, controlling the game with relative ease and creating chances through the flanks. The squad was rotated to a certain extent, meaning we’ll likely see a revised Juve back line for the visit of Napoli.

Speaking ahead of the game, Allegri dropped some hints on the tactics and approach to the match, as well as the possible starters.

“We will face a Napoli who will be very angry about Saturday’s defeat against Atalanta. It is not the case that in three days they have lost everything they have done well in these two years, so it will be a complicated game.

“And above all it is an Italian Cup semi-final, where the most important thing is not conceding goals, especially, because we play the first match at home. We have five defenders, who I will rate today. Someone will rest through necessity, then I will decide who to play.

“I have to evaluate the whole team. Yesterday, those who have not played had good workout, there will be some changes, then today I will assess what those will be.

“I always say that during the season it is impossible to win all the games at the beginning. At the end of the season there few matches won in the first half and a few won in the second half.

“The most important thing is that the team had gone with this new formation with the intention of opening up the games at the beginning. The danger is getting to get to a game where maybe you score early, then lose little patience and become nervous because maybe you had not opened the game enough.

“This is something that did not happen and should not happen, because when the team is aware of their strengths, they manage the game well mentally.

“The boys showed this in Crotone where we were 0-0 and only opened up the game in the second half, as what happened with Empoli and as will happen again later on.

“Tomorrow we hope to open up the game right away, as although there are 95 minutes to win games, you can get frustrated and lose faith if you don’t do so right away The strength of a team, the strength of our team has to be the one.

“It’s normal that the other day Dybala, when he came on, is a player that connects the two midfielders and attackers.

“So we have more geometry, more passing options and technical quality in the field, which is what counts in the end, the important thing is not to lose the strength and unity of the team.

“The most important thing is that the team is always tidy and not doesn’t lose strength.”

Marchisio, Sturaro and Benatia have been ruled out through injury and illness while Gigi Buffon will be rested, meaning Neto will start a second match in succession. Dani Alves started at the weekend so we’ll probably see Lichtsteiner at right-back with Bonucci and Chiellini in the centre and Asamoah at left-back. Pjanic and Khedira seem the best pairing in the centre while Cuadrado, Dybala, Mandzukic and Higuain will hope to pick up where they left off. 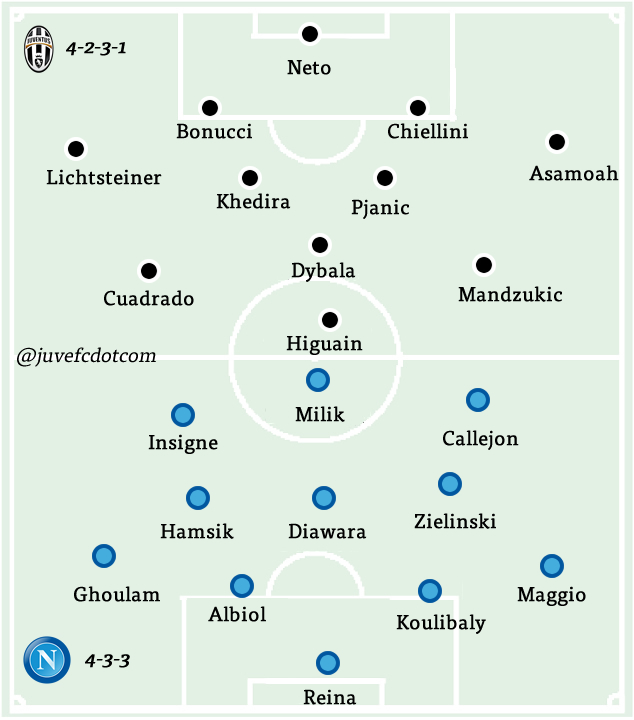