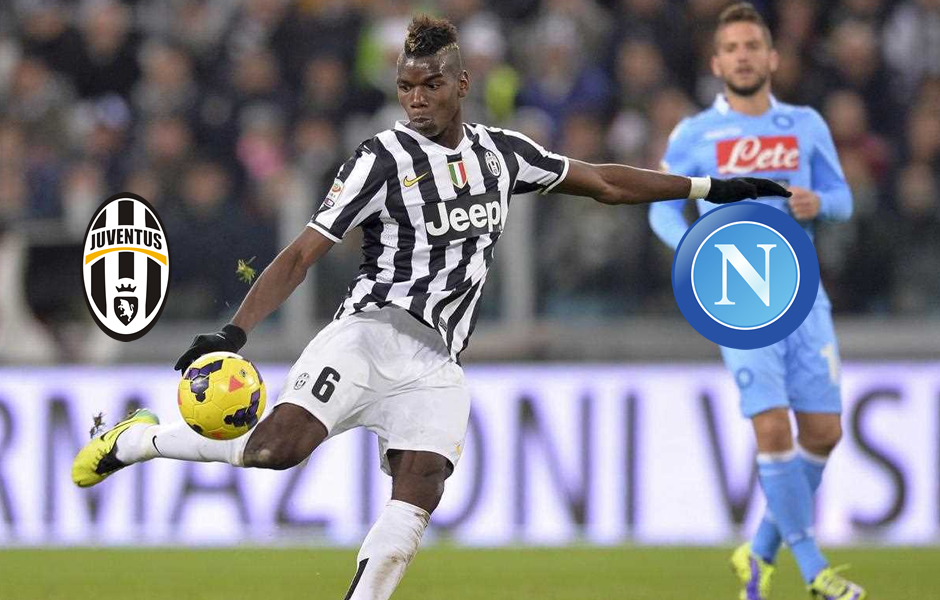 It’s Napoli versus Juventus. Maradona versus Platini. For Juventus, it’s a game against a relatively strong Italian side and a bit of a rival. For Napoli, a win versus Juventus – especially in the SuperCoppa, a game of marginally more significance than a Serie A fixture – could serve as a high point to a season. It may even help buy Rafa Benitez some time as manager while his side struggles.

For Juventus, things look pretty good. The 3-1 victory over Cagliari helped snap a break of draws. Roma’s 0-0 draw with A.C. Milan also means that Juventus end the year with a three point lead atop Serie A. Plus, with the exception of Kwadwo Asamoah, most of the first choice players are fit and ready for this game. With no games after the SuperCoppa until the derby d’Italia on January 6th, Allegri can play his strongest side and not worry about resting players for the next game.

Coincidentally, Juventus face Napoli in Serie A after the derby d’Italia, so this game could help both sides’ figure out a plan of action for that other fixture.

Martin Caceres and Andrea Barzagli are still out, although Barzagli is supposed to be imminently returning. Gianluigi Buffon is going to start in goal, while Leonardo Bonucci and Giorgio Chiellini should start at centerback. Patrice Evra is the preferred started at left back, as is Stephan Lichtsteiner at right back.

Allegri also has all four of his star midfielders, with Arturo Vidal coming off of a strong performance versus Cagliari that was capped off with a sublime goal. Vidal is expected to start in the more advanced midfielder role, while he will be joined by Paul Pogba, Claudio Marchisio, and Andrea Pirlo. Roberto Pereyra will lurk in the wings as a potential substitute, probably eager to score the goal he didn’t get versus Cagliari.

Finally Carlos Tevez is assured of a start at striker. Fernando Llorente is, per usual, the obvious choice to partner him. A start for Alvaro Morata is possible, but not likely.  Both Tevez and Llorente scored versus Cagliari, and Llorente has played well versus Napoli in the past. The duo are likely to be at or near top form for this big clash, so Napoli will need to do their best to contain them.

Napoli have never looked particularly impressive this season as they are already twelve points behind Juventus, but in a match like the Super Cup, anything can happen and the firepower of Partenopei is remarkable.

It’s not a secret that Napoli’s defense is leaky: they have conceded twenty goal so far in Serie A (for instance, Chievo Verona, Atalanta and Torino have done better). Kalidou Koulibaly, their lone summer acquisition in that department, alternates one brilliant game to two or three subpar performances and Raul Albiol is passable, but he’s not good enough to be the leader of a high caliber team. In addition, Christian Maggio and Faouzi Ghoulam are offensive-minded fullbacks. When put under constant pressure or against quick counters, Napoli’s defense tends to crumble very easily. I wouldn’t be very surprised if Henrique got the call for this match, as centre-back or as fullback.

I like the David Lopez-Jorginho combo in the midfield: Lopez is a very underrated player and Jorginho provides some playmaking, but it’s probably a little too light to protect well enough their disappointing defense.

On offense, they are really really good. They have the third best attack in the League, trailing only to Juventus and Roma, even though, all in all, not all components have been sharp so far. Dries Mertens, who’s expected to step into a bigger role since Lorenzo Insigne is pretty much done for the season, has scored only once in Serie A (three times in Europa League) and Marek Hamsik’s season has had more lows than highs. Even Gonzalo Higuain started the season with an eight-game drought before erupting and scoring seven goals in five games. José Maria Callejon has been the most consistent with eight goal in sixteen matches, but he last scored on November 1st. If they clicked at the same time, Napoli would be a terrifying four-headed monster, but that’s not the case. Jonathan De Guzman has exceeded expectations as he has already scored six goals: he’s better as CAM, but he can play on the flanks too and he’s one to keep an eye on, should he enter the game.

They have bags of talent upfront and they are devastating on the counter-attacking game, with seven or eight players that can make plays in the open room, but they are also excellent when the defense is set. The cuts by the wingers are deadly, the through balls are usually accurate and Higuain and also Hamsik are very good in the box. They have many unpredictable players that can create chances out of nowhere.

However, their lack of stability is blatant. In order to compensate, they like to have ball possession: it will be interesting to see what team will have the upper hand in that regard. Rafa Benitez rotates the squad a lot and the starters arrive pretty fresh at the final match of 2014, certainly a very important one for Napoli after failing the first big seasonal objective: qualifying to Champions League through the play-off. 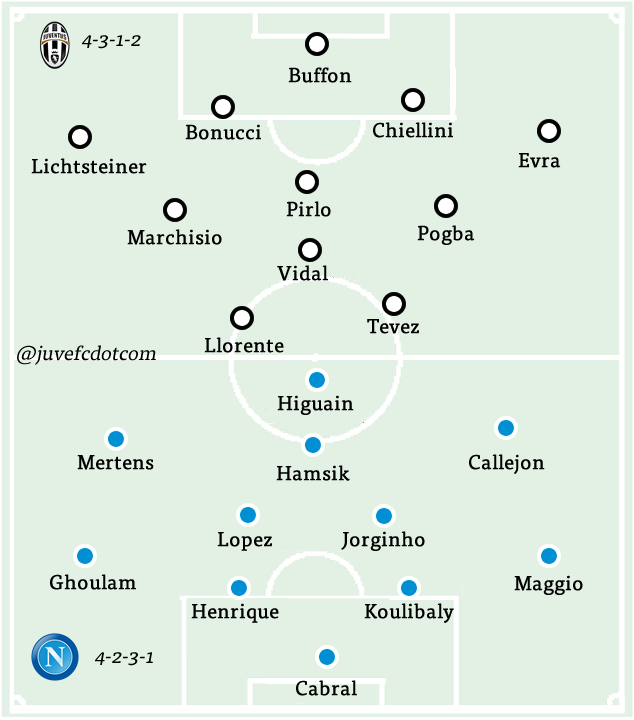