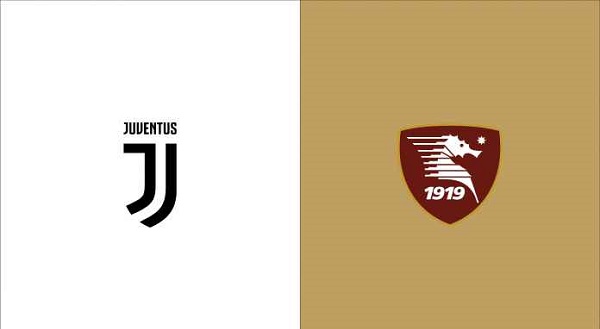 The clash with PSG was obviously less than ideal, but at least it broke the groundhog day-type of the pattern of recent Serie A matches, with Juventus scoring early and then failing to build on it. In such respect, the Fiorentina match was the worst thus far, with the opponents taking command of the contest and the Bianconeri lucky to come away with a tie. The quality of the foes is a factor, but the mentality was abysmal, and so was resting Dusan Vlahovic for the whole contest.

Despite the loss, the Champions League fixture was paradoxically a little more promising, as the squad almost managed to come back after a terrible start that would have buried way better outfits, and for once, the coach urged his players to attack and made subs in that direction. It’s a mystery why that happens just when trailing and not while drawing. Too many points have been dropped already. Fortunately, nobody is running away in the standings, but that may change soon.

Massimiliano Allegri went to his familiar 3-5-2 in Paris, and things looked more coherent than usual. It’s very tough to run 4-3-3 when Angel Di Maria is unavailable, as Juan Cuadrado and Filip Kostic aren’t offensive-minded enough to be part of a trident together, and something is missing in the final third. The Serb showed some defensive shortcomings Tuesday and needs work to be a wing-back in Italy, which is more demanding than Bundesliga tactically, but it shouldn’t take long to get there he keys on it. There’s little doubt about his quality, but at this stage, 4-4-2 fits him better. The Colombian international is more familiar with the tasks of being the wider guy on a five-man midfield, and he’s been brutal in the box and its vicinity so far.

Di Maria won’t be back for this one, and putting so many eggs in his basket has quickly proven to be a risky proposition. The solution when he’s not available or resting, which may be often, should be a two-man attack to avoid leaving Vlahovic stranded. Arkadiusz Milik can connect the lines, plus he provides another presence in the box for the crossers. And it’s better suited also for Moise Kean, who’s having very little success on the flank, to the point that it would be better to cease the experiment, but the frontline is extra thin.

The determination to onboard Leandro Paredes signals that a three-man midfield will be the choice more often than not, but the Paul Pogba development, which everybody could see coming from miles away, will create depth issues in the midfield. Whether or not the club should impose its will on players on medical matters is up for debate, but the more compelling question is whether the assessment after the first part of the rehab plan could have come before deadline day. Denis Zakaria would have most likely stayed if this had been known earlier.

The lengthy absence opens the door to the youngsters; although the physical element might be lacking. On the other hand, it may lead to constant schematic changes to adapt to the XI du jour, which is a suboptimal place to be. There’s not a lot of depth in the back either, but since Bremer and Danilo are ironmen, it might be easier to lean on 3-5-2 on a consistent basis, even though the backline has left a lot to be desired against PSG. But it won’t have to deal with Neymar, Kylian Mbappé, and Lionel Messi all the time, and Leonardo Bonucci can only improve after an underwhelming start when he has never looked right.

Bremer used to be the anchor at Torino but more because he was the best guy they had so that he could plug any hole from there, than for a matter of traits, so he should be fine as a ‘braccetto,’ also because the Old Lady doesn’t interpret the role as dynamically as other sides. And that’s the best position for Danilo at this stage of his career, as he doesn’t venture forward a lot as a fullback. Daniele Rugani and Federico Gatti shouldn’t have problems, and Mattia De Sciglio and Alex Sandro can adapt as a last resort.

After all, it’s the formation Allegri is most comfortable with, and, even with Di Maria at 100 percent, there’s no reason he couldn’t play as a second striker with all the freedom in the world. He was doing that already, even when it was technically a winger. There are the premises for it to be the go-to choice until Federico Chiesa comes back, but the permanent switch isn’t in the cards just yet. The lineup could be rather experimental, with those who have carried the water in the back resting and Nicolò Fagioli making his first start.

Midway through the summer, Salernitana were at risk of making the classic mistake of bringing in too many foreigners for cheap, which is a classic mistake for very active teams. But they course-corrected on the fly, signed a pair of Italian veterans, and have fared well early. The squad is much stronger than the one that avoided relegation by the skin of its teeth last season.

The additions from abroad have mostly paid off, also because they didn’t add youngsters, but you always need somebody with experience in Serie A to steer the group in the right direction. The outcome is a well-rounded roster with a pair of highlights that, barring unforeseen events, will have a serene campaign and avoid troubles.

The initial results have been okay, even though they left something on the table with the recent draws against Empoli and Bologna, where they were in control for prolonged stretches but couldn’t finish the job. The romp of Sampdoria proved their potential, and drawing with Udinese is nothing to sneeze at these days. Roma had to dig deep to top them in the opener, so Juventus will have to bring it, although they are tougher to face at home, where they have a great crowd.

Multiple newcomers have had a considerable impact. Dylan Bronn added size to their defense, but he’s more mobile than Federico Fazio, and Flavius Daniliuc could eventually replace one of the two incumbent starters. Antonio Candreva and especially Tonny Vilhena have instantly become technical leaders in the midfield. The former has adapted seamlessly to the wing-back role after playing more offensively at Sampdoria. It remains to be seen how long he will hold up from the work rate standpoint, but so far, so good. And they can field him as an offensive box-to-box to ease the burden on him.

The former Espanyol midfielder has been a relative surprise, as he was touted early in his career but hadn’t done much in recent years. He has fit in right away, and his technique and vision are evident and quite excellent. Despite his superb showings, he hasn’t been the top performer among their new additions, as Boulaye Dia has taken the league by storm, already logging three goals and two assists in three matches. He’s been an animal in the box, converting any slight chance he had, and he is super dynamic outside of it too.

Despite seemingly purchasing an elite option up front and having bought out Federico Bonazzoli, who is tough to hold in check on his day, and Erik Botheim, who is promising, they went on to sign Krzysztof Piatek on deadline day too. While he may never turn into the super-duper striker he once seemed destined to be, he’s a great get for their caliber, and they could have the proper enthusiasm to revive his career. He’s very mono-dimensional, but they are not short on creators to feed him properly, and they don’t mind playing the counter-attacking game, where he thrives.

They somehow won the Giulio Maggiore sweepstakes over bigger clubs, and that gives them a very versatile piece in the midfield, even though he has yet to show as well as is in Spezia days. He has to readjust to not being the top guy, as he has to share touches. Junior Sambia and Domagoj Bradaric round out a window where they addressed every role, barring the goalie.

The scheme has stayed the same, a wide 3-5-2 where the two flank players bring a lot to the table in the final third. Candreva is a well-known crosser and assist-man, but Pasquale Mazzocchi is a threat too, not just because he’s very energetic. Despite adding more finesse players, they have maintained the same intensity and aggression, which were the strong suits of last season’s improbable comeback, on top of the unrelenting passion of their fans. Still, they don’t use a very bold style like other minnows, for instance, Sassuolo and Empoli. They could, given their retooled squad, but it comes from a pretty old-fashioned coach. Sometimes they ran out of juice early, so Juventus will have to be patient and wait for the right opportunity to strike without exposing the defense, as the Granata have many ways to exploit that.

Lenzini removed from the squad list for the Juventus v Inter match.