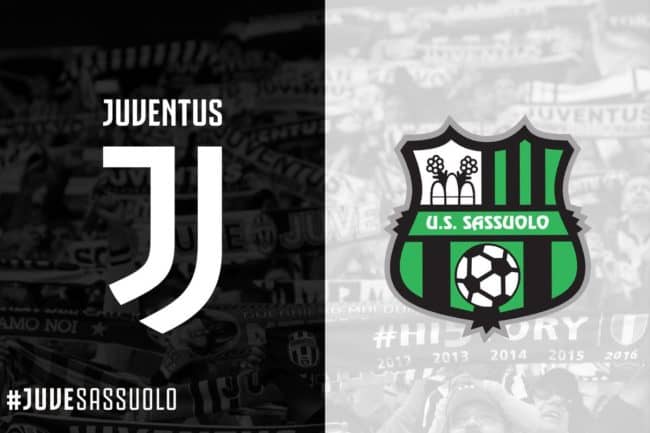 The summer window conducted so far by Juventus have somehow been both swift and decisive and all over the place. It may sound counterintuitive, but the directors sealed deals in a hurry when they zeroed in on a player, but also there has been a ton of posturing between one chase and the other. There’s still time left, and almost certainly further reinforcements will come, so there will be time for more complete assessments.

The management has been capable in hiding the fact that there was no budget for the summer, if not for wages, and all the money came from the sale of Matthijs De Ligt. Most of them were spent on replacing him with Gleison Bremer, which was a no-brainer. The cash was indeed used in advance for Dusan Vlahovic. But they haven’t cried poor, differently from other teams, which make their financial woes very public. The moves must be examined through such lens.

Massimiliano Allegri has been much more influential on the transfer market than in the past. The club mostly steered clear from signing youngsters and brought in veterans, or high-profile players in general, that just need to be steered and not coached. It may not be the most popular or forward-looking strategy, but what are the alternatives if you are committed to a gaffer that’s not a builder or a groomer that enhances his squad through his philosophy, but instead somebody that occasionally comes up with decent tactics and whose best quality is to manage the locker room and motivate players. Since he will not turn into Gian Piero Gasperini, Ivan Juric or Vincenzo Italiano overnight, the only way for Juventus to be successful is to sign proven footballers. Unfortunately, the Paul Pogba situation throws a damper on everything because the midfield remains in desperate need of an upgrade. And there aren’t the funds for another coup.

The Bianconeri had seemingly proceeded on a straight line in the first few weeks, hell-bent on building a clear-cut 4-3-3. Then they apparently moved away from it, which may have happened for a few reasons. Either the Pogba’s injury, the impossibility of bringing back Alvaro Morata, the designated starting left winger, or the fact that the coveted regista isn’t here yet. Chances are Leandro Paredes will join eventually, but there were other opportunities, for instance, Lucas Torreira, that wouldn’t have required a major disbursement or lengthy talks with his team. Nobody has left yet in that role, and that has pushed things further down the line.

The Old Lady is still stuck between schemes, uncertain of which one suits the roster better. That was more understandable in a transitional year, with a new top brass and coach and a peculiar player like Paulo Dybala. Filip Kostic is a worthy acquisition, and he should have arguably been one of the first ones because the hole on the left wing has been there for a long time, and he was eager to transfer to Turin. The execs played with fire, but they pulled it off, so it’s all good. But, pretty much like Juan Cuadrado, he’s not the type of winger for a trident. And Luca Pellegrini leaving and not being replaced suggests that he might wind up as a fullback once he has adjusted to the Italian style of defending.

Tactical flexibility is always welcome, but there should be a clear base to start from, and there isn’t one at the moment. The outcome risks being similar to Andrea Pirlo’s season, when nobody really knew his position and the sole purpose was feeding the top striker. Allegri is more experienced and will probably concoct something that doesn’t change week-to-week and looks like a mess, but it may take some time. Luckily this year there’s Angel Di Maria that can feature all over the pitch with no issue. And another prolific playmaker arrived too, and so there’ll be at least two reliable creative outlets.

For various reasons, Adrien Rabiot, Moise Kean, Wojciech Szczesny, Federico Chiesa, Kaio Jorge, Pogba and Arthur are unavailable for the opener, while Weston McKennie is back from his injury sooner than expected. Allegri stated that he’s in competition with Kostic and Cuadrado for two spots, which is quite an odd trio. He may be adapted to the left if the Serb isn’t fully ready or play his usual box-to-box role over one of the youngsters, Nicolò Fagioli in particular, who seemed poised to get the nod up until this recent development. The manager also suggested that he’s not going to use a full-fledged 3-5-2, although some signals, especially in the back, indicate that should perhaps be the way to go. So for this one, the choice is between 4-3-3 or, surprise surprise, 4-4-1-1 with Di Maria freelancing in support of Vlahovic.

It has surely been a frustrating summer for a virtuoso club like Sassuolo, which would have preferred for all the major moves to be finalized by now and have their squad set. But the different schedule hasn’t really pushed teams to move early, and so the first four matchdays will be massively affected by the transfer market.

Gianluca Scamacca is gone for a more than an adequate fee that no Serie A team would have matched after a solid but not necessarily mind-blowing campaign. Domenico Berardi, despite being a flat-out star in 2021/2022, is somehow still here and perhaps will stay forever since they offered him a long-term contract. Giacomo Raspadori is probably headed to Napoli, and Hamed Traorè will miss the first few weeks with a foot fracture.

Coach Alessio Dionisi will almost have to start from scratch, and he’s readying a tactical evolution, at least for the first few matches. Andrea Pinamonti, who was an atypically pricey but sure-fire acquisition, and Uruguayan starlet Agustin Alvarez should be more than enough to fill in for Scamacca. Replacing Raspadori and Traorè will be more challenging, but the manager won’t face the daunting task of substituting Berardi, who runs about 75 percent of their offense.

They are set to switch from 4-2-3-1 to 4-3-3 at first due to a shortage of attackers. They have more depth in the midfield since they have purchased the intriguing Kristian Thorstvedt and Pedro Obiang was cleared after a year on the mend. They are actually perfectly built for a three-man line because Davide Frattesi is a pure box-to-box too and Maxime Lopez is a proper distributor. They made it work with the other scheme, but they fit this one better.

Instead, the jury is still out on Mathias Henrique, who’s a hybrid like Arthur but, regardless of the role, he should naturally be better after a full year of adaptation to the Italian league. The same thing goes for Emil Ceide, who joined last January to replace Jeremie Boga but didn’t have much room given the studs ahead of him in the pecking order. He will fill in on the left flank early and apparently has had a pretty good pre-season.

The defense is mostly untouched, if not for the departure of Vlad Chiriches, who seemed on his last legs last season but might find Cremonese’s three-man back-line less taxing. In any case, Kaan Ayhan was already starting to gnaw at his playing time, and they brought in Martin Erlic, who was super solid at Spezia. They will lose some leadership and intangibles, but they are probably better overall now.

Regardless of the scheme and the XI, Berardi is the polar star, with the others playing off of him. That will be especially true in a revamped frontline with little chemistry and with Maxime Lopez being suspended for the opener, which is a nice break for Juventus since it could lead to issues in the early build-up. Frattesi will likely take on more responsibility as natural since, after all, the last one was his rookie campaign in Serie A. Left-back Georgios Kyriakopoulos is also a sneakily influential playmaker despite his role.

The gaffer hinted that they would be more defensive-minded this season, and that’s obvious since they will have one fewer attacker and one extra midfielder on the pitch. They did often have balance issues last year, more against the minnows than versus the top teams. But the pace will probably remain high. Even if they are dealing with some problems, it shouldn’t be forgotten that they ransacked the Stadium and San Siro twice last season, so being giant killers in their fabric.

Raspadori is still here, for now, although it remains to be seen in which mental state, so he has a chance to start, probably on the left wing instead of Ceide. Pinamonti has the opposite problem, since he just joined, and he’ll compete with Alvarez and the savvy veteran Gregoire Defrel, who’s an option for a wider role too, to be the no.9.

Opinion: Three major questions ahead of Juve’s first match of the season

Allegri names the player Kostic will help the most