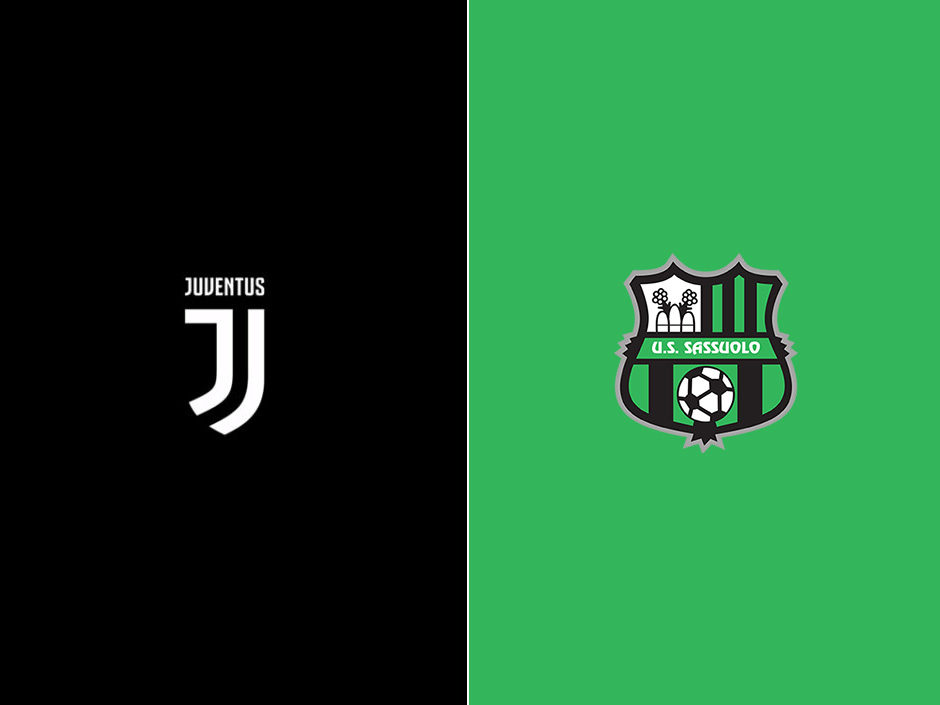 Juve’s underwhelming path of destruction continued last week, as they took down Chievo in a Serie A fixture and then Atalanta in the first leg of the Coppa Italia sem-final. In Verona, the Bianconeri got a plenty of help from the opponents, as Samuel Bastien picked up a silly red card and then Fabrizio Cacciatore lost his mind, leaving them down two men. It took a long time for the Old Lady to break the deadlock, but it is never easy to score when teams park the bus in such a deliberate way. Sami Khedira came though, taking advantage of yet another brilliant play by Federico Bernardeschi, and then Gonzalo Higuain doubled the score later on.

Juventus started off really well in Bergamo, immediately creating some good chances and capitalizing on an early one with El Pipita. Atalanta inevitably tried to come back to try to keep their hopes alive, but obviously Gianluigi Buffon returned with a bang, saving an Alejandro Gomez penalty. It always looks like the Coppa Italia tilts are more fast and loose, with less emphasis on the tactical aspect of the game compared to Serie A ones, and this was no different. Despite the pressure from the home team, the guys managed to keep yet another clean sheet and, while the qualification can not be said to be totally locked, they look to have put one foot in the final already.

Unfortunately, the bad pieces of news from the infirmary keep piling up. Juan Cuadrado opted to have surgery to fix a sports hernia and, per the official statement, he will resume practicing in a month. How much time it will take him to actually be ready to play is totally up in the air. Just to give some examples, and the situations might not be 100% comparable, Sassuolo’s Edoargo Goldaniga went under the knife for the same problem on September 26th and returned on December 3rd. SPAL’s Alex Meret got the operation on October 11th and played his first game on January 26th. So there could be a long road ahead for the Colombian winger.

Federico Bernardeschi and Douglas Costa got hurt in the last game: the Italian youngster slightly tweaked a knee, while the Brazilian forward was knocked on the calf. Neither injury is particularly serious and they did not require further exams, but they might miss the Sassuolo game, leaving Massimiliano Allegri in a pickle as he would not have any wingers at his disposal. It appears that the former Fiorentina attacker will try to gut it out. Ironically enough, Marko Pjaca would have come in handy now. Should Berna be forced to sit out, the other solutions could be the good ol’ 3-5-2, a diamond midfield with Rodrigo Bentancur as no.10, 4-4-2 with Stefano Sturaro and Alex Sandro wide, or one of those two or Stephan Lichtsteiner in the trident. Neither is ideal, but this is where we are at.

Medhi Benatia was subbed off because of a groin issue, but it was just some fatigue and he could be ready by Sunday. Claudio Marchisio was in the squad list on Wednesday. Paulo Dybala and Benedikt Howedes are still out and, while the German centre-back is getting closer, rumour has it that La Joya will not be able to return at least until mid-February.

UPDATE: Douglas Costa is not in the squad list, while Bernardeschi is expected to start and Benatia to be rested.

Sassuolo started the season poorly and then got stuck in the relegation race: they are in 14th position, five points above PSAL. They got shot in the arm with the coaching change and have at least been able to get out of the mud, but it does not look like they will be able to contend for anything more this year. The roster is not much depleted compared to the last two Eusebio di Francesco seasons, but they have not been able to recapture the magic and that glow they had in previous years is gone.

The choices on the bench have not helped: Cristian Bucchi truly cut his teeth and deserved a chance in Serie A, but his grit-and-grind formula did not combine well with their technical players, who are better suited for a up tempo, proactive style of play. Then, when they were in trouble, they had little choice but to go with a veteran of those positions such as Vincenzo Iachini. It worked for a little and they will probably be able to easily avoid the drop, but they have not won in four straight games now. I think things could have gone much differently had they chosen a more offensive-minded coach right away, Massimo Oddo for instance.

The other issue is that so many of their offensive players have underperformed and they struggle to score. Diego Falcinelli, after a promising season at Crotone, has not been able to become the centrepiece of their attack. Last week, they elected to ship him off to Fiorentina to get Khouma Babacar, a player they have been coveting for years. It is a nice bet as he has been effective in limited opportunities at Fiorentina, but his prolonged backup status there was not unmotivated, because he can moody, too selfish or disappear in games. Still, he is worth a shot for a small fee and could definitely be an improvement: it is now up to him to silence the critics.

Domenico Berardi has been lost for the better part of the last two seasons, due to injuries, but those do not tell the whole story. It was his choice to stay at Sassuolo, but at some point, you run out of motivations in a small club. He found the back of the net recently, maybe that will get him going. The more consistent contributor has been Matteo Politano, who is ready to make the jump, but the club blocked him in January. He is a handful with his combination of speed, dribbling skills and a quick stroke.

Iachini has a stable XI and the only player missing on Sunday will be Edoardo Goldaniga due to suspension: the interesting newcomer Marcelo Lemos is set to replace him and, since the former Palermo CB can be prone to blunders, he has a chance to claim the starting job. The defence will be completed by Pol Lirola, whom they just acquired from Juventus for €7M, the ironman Francesco Acerbi and Federico Peluso. In the midfield, after they stopped getting hurt, Simone Missiroli and Alfred Duncan have separated themselves from the competition, Stefano Sensi, Luca Mazzitelli and Francesco Cassata in particular, and will flank Francesco Magnanelli.

On paper, the lineup is a decent combination of muscles and technique and is sturdy enough to support a high powered and unpredictable trident that could cause a real headache to opponents. However, that has rarely been the case so far this season. Maybe they just need a productive centre-forward to turn it around: let’s see if Babacar can be that guy. 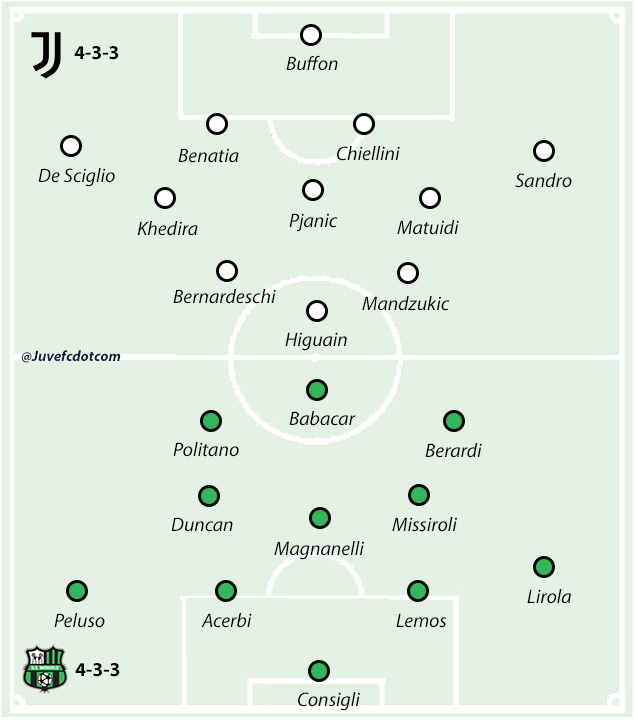