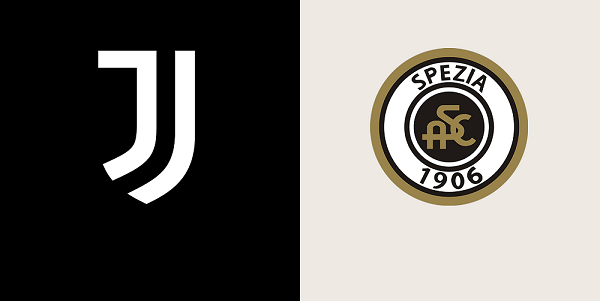 It was almost a travesty that the Roma clash ended in a draw because Juventus pulled the strings for a healthy 60 minutes but had just one goal to show for it. Not going for the jugular when having the opponents on the ropes is a problem that has been going on for multiple years, arguably since Massimiliano Allegri first left.

However, the cause wasn’t the conservative mentality in this case, as the Bianconeri kept pushing, but, other than the disallowed Manuel Locatelli goal, they didn’t create clear chances. And that’s a more current issue, which may not be solved until Angel Di Maria and Paul Pogba return in full form, or at least the former. A recent stat pointed out that Dusan Vlahovic has one of the best goal averages per touch in Europe, so the remedy is not hard to track down.

Granted that it didn’t lead to victory, but it was nice to the Stadium making a difference, as Roma really took a long time to settle into the game, and the noise by the fans contributed to rattling them. It’s obviously easy when somebody bags a pearler in the early going, but the enthusiasm was there also versus Sassuolo. The poor home record was a huge drawback last season, and hopefully the return of the Curva will help improve it.

Another flaw that reared its ugly head was the inability to respond appropriately to adversities. The Giallorossi goal came almost out of the blue, but the reaction left much to be desired. The subs didn’t make a lot of sense. For instance, taking out the best crosser, Juan Cuadrado, right after inserting a second center-forward and sticking Weston McKennie on the flank was puzzling. The Colombian could have just moved to right-back for Mattia De Sciglio, and the formation would have had more punch. Also swapping the two wingers from time to time so they can cut back and fire off with their inverted foot should be explored more often.

On the positive notes, Fabio Miretti continues to blossom. There’s no reason for him not to see consistent minutes even if Leandro Paredes is coming. In hindsight, it’s weird that he was used as a deep-lying playmaker last season, as he’s quite clearly more mobile and offensive-minded. Maybe it was just to protect him and not give him too many responsibilities.

Bremer had a strong showing, and the partnership with Danilo worked better than the one with Daniele Rugani, perhaps because he didn’t believe he had to go the extra mile to carry the defense on his back, as he unsuccessfully tried to do against Sampdoria. If Leonardo Bonucci misses other big matches, that should be the way to go because De Sciglio isn’t great but generally doesn’t mess things up, and Alex Sandro has been surprisingly spry to open the season. Instead, Federico Gatti should be tested in easier matches, such as this one, for instance. Some positive news from the infirmary has Di Maria has recovered in a hurry, although he won’t start right away, and Nicolò Fagioli is available as well. It doesn’t look like there will be a ton of rotation, perhaps just Alex Sandro and Filip Kostic resting, with some rejiggering in the back and Moise Kean as a winger, but a change or two in the midfield could be in the cards too.

Spezia caught a break because their transfer market ban was lifted, which allowed them to operate, but they haven’t been particularly active. It’s dubious whether they got better at all. At least so far, as they will reportedly get busier as deadline day approaches. Giulio Maggiore forced his way out, and they haven’t brought in a midfielder with the same all-around skill-set but simply gave a bigger role to the incumbents.

Martin Erlic moved to Sassuolo, which they knew a year in advance, and they replaced him with Mattia Caldara, which is a downgrade. Rey Manaj was a significant cog last season, especially for his work rate, but they couldn’t strike a deal to keep him, and he hasn’t been substituted. Luckily for them, M’Bala Nzola resurfaced after a bewildering season; otherwise, they would have been in big trouble.

They lost their X-factor by going from Thiago Motta to Luca Gotti on the bench. The young coach had toned down his wildness as time passed, but his tactics still had some flair and were constantly evolving. Instead, they are using a standard 3-5-2 now and have more sturdiness and less pizzazz in the squad. The only peculiarity is Emmanuel Gyasi playing wing-back after many years as an attacker, but he’s very disciplined.

Kevin Agudelo and Daniele Verde are tasked with breaking the monotony and creating chances. They can bust out shots from distance or sudden plays at any time, but their roles appear more regimented than in the past. They have a strong flank game, more on the left than on the right, because Arkadiusz Reca and Simone Bastoni, who is a fullback turned into box-to-box, combine a lot and are good crossers. Such foursome is the engine of their offense, but leaning on just one guy to finalize might hold them back.

You can’t fault them for taking this route, which has worked for several teams for a long time, but they risk being aggressively boring. Apparently, the past campaign was challenging behind the season too, hence the coaching change, even though Motta had done little to deserve the ax, and the decision to go with tranquillity.

It’s obviously still super early, but the relegation struggle might not be an all-out battle this season, and they should have enough to stay afloat. Still, some more additions wouldn’t have hurt. Nzola had proven to be a perfectly capable scorer with Vincenzo Italiano, if not more than that, but he and the last gaffer weren’t on the same page, and he also had some issues off the pitch. They are banking a lot on him avoiding those and turning back the clock.

Daniel Maldini could be decent insurance for Verde, who gets banged up a lot, but they haven’t seen him yet because he’s been hurt too. The same goes for other newcomers Viktor Kovalenko and Albin Ekdal, who haven’t contributed a lot yet due to lack of conditioning. Other than Caldara, who has fared as expected, the only addition that has brought something to the table has been Bartlomiej Dragowski. He’s a little uneven, as he can go from baffling blunders to miracles in the span of 20 minutes, but he’s surely a Serie A caliber player. But it’s very debatable whether he’s better than Ivan Provedel, who pushed to leave.

As a combination of their choices, they now use the usual Italian gambit of sitting back and countering, and they have a few players that are quite good at it. On the other hand, their backline isn’t top-notch, and they came apart easily versus Inter, the strongest opponent they have faced so far, and didn’t hold up versus Sassuolo. Ultimately, they might not have enough weapons to keep up with prolific sides, but they will try to slow them down by clogging the spaces and launching fast breaks.

Their plan will take a hit with Verde being out for this. He hasn’t been able to start in the past two matches. Versus Inter they preferred advancing Agudelo and inserting the energetic Jacopo Sala in the midfield, while in the most recent one they fielded young forward David Strelec, who hasn’t made much noise in Serie A. The other options would be moving Gyasi to his natural position, but they don’t have depth on the flank, or deploying Kovalenko, who has some experience as tactical no.10.

Video – The best highlights from Juve’s draw against Roma