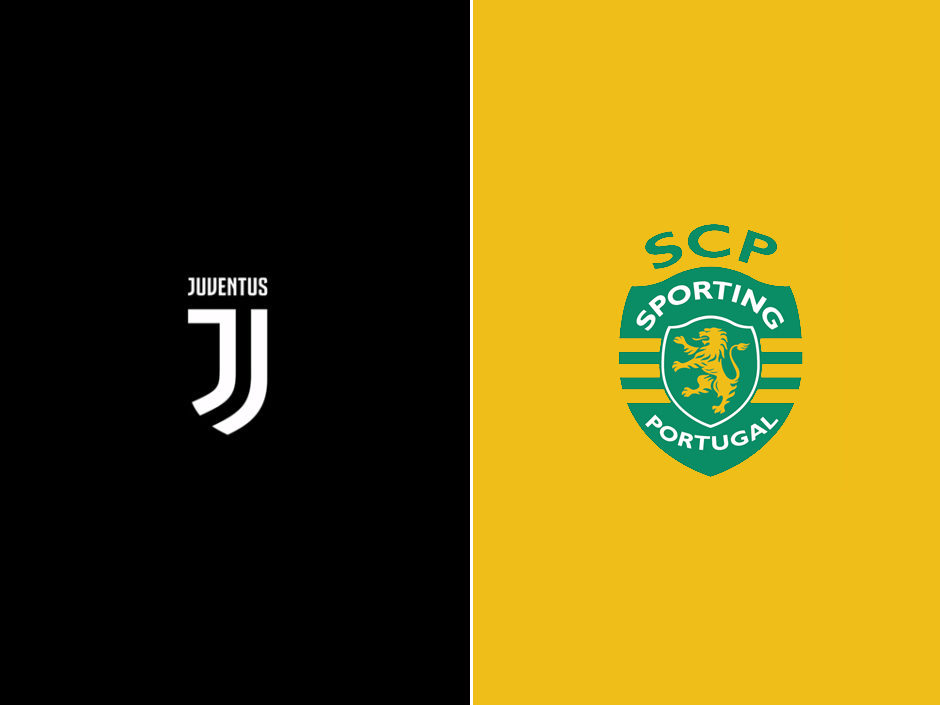 The defeat to Lazio at the weekend was all too sobering – Something needs to change, and soon. Of course, it’s early in the season and there’s no need for panic or overreaction just yet, but the performance was lacking in many areas. We have a side full of great characters, all with their own unique and individual talents, and yet we concede all too frequently and struggle to break down sides who have numbers and discipline in midfield, perfectly illustrated by Lazio’s Sergej Milinković-Savić who played a great game against us. The 4-3-3 might have been the best that we could hope to field in the hopes that we didn’t get outnumbered and overrun, and yet that’s exactly what happened for periods of the game.

Despite the morose feeling that seems to be hovering in the air, Allegri has insisted that things are good in the Juve camp and that we need to move on from the loss, rather than dwell on the poor display. Speaking in his pre-game presser, he paid respect to Sporting and their coach and warned against complacency:

“The atmosphere is good. We have to regain the balance. We can’t get depressed, because we drew in Bergamo and we lost at home to Lazio – losing and drawing happens.

“It’s normal that we have to work on the mistakes we’ve made, but the mistakes were only in attention and game management, as happened in eight minutes against Lazio.

“Juventus have had a good start to the season. At the moment the ones who have done something important are Napoli, because they’ve won all eight games so at the moment we can say that the season is theirs.

“It’s a very long season, it will be a beautiful and exciting one because the fixture list is beautiful, there will be three head-to-head games right at the end, so there will be great suspense and it’ll be very entertaining.

“I’m already thinking about when we get to March and there are the last five rounds – the pressure, preparing the matches… that will be a very fun period.

“Right now the important thing is tomorrow, tomorrow is a complicated game against a team that defends very well, with an experienced Coach [Jorge Jesus] who is good at preparing these games.

“They actually played a very good game against Barcelona. So we’ll need a lot of patience and the right mentality, knowing we have a great chance to go through in these two games.

“If not we’ll have to score points against Barcelona and over in Greece. It’s 180 minutes, two games, and we’re ready.

“As we saw on Saturday with what happened in those eight minutes, anything can happen in football and that’s what makes it great.

The mister only offered a few hints as to the starting XI, but with the injuries and recent returnees to the squad, it seems to write itself. Gigi Buffon will almost certainly start in goal with one of either Andrea Barzagli or Stefano Sturaro starting at right-back. Given the need for energy and pace to cover Sporting’s wingers, i would think the younger man will get the nod. At the back it seems unlikely that Daniele Rugani will start a match of this importance, so i expect we’ll see Giorgio Chiellini and Medhi Benatia at centre-back and Alex Sandro on the left. Blaise Matuidi will probably be rested having played 5 games in a row, and with Sami Khedira back from injury along with Miralem Pjanic, they’re almost certain to make up the midfield pivot with Juan Cuadrado, Paulo Dybala and Mario Mandzukic playing behind Gonzalo Higuain. 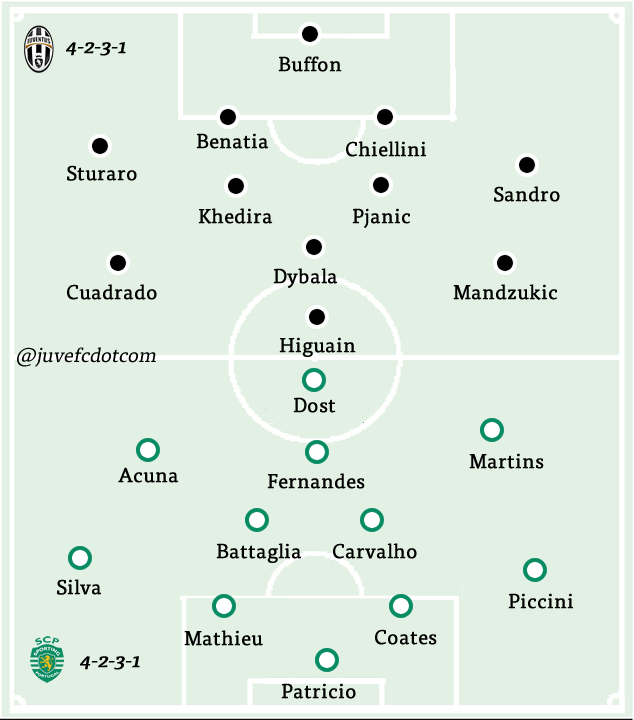