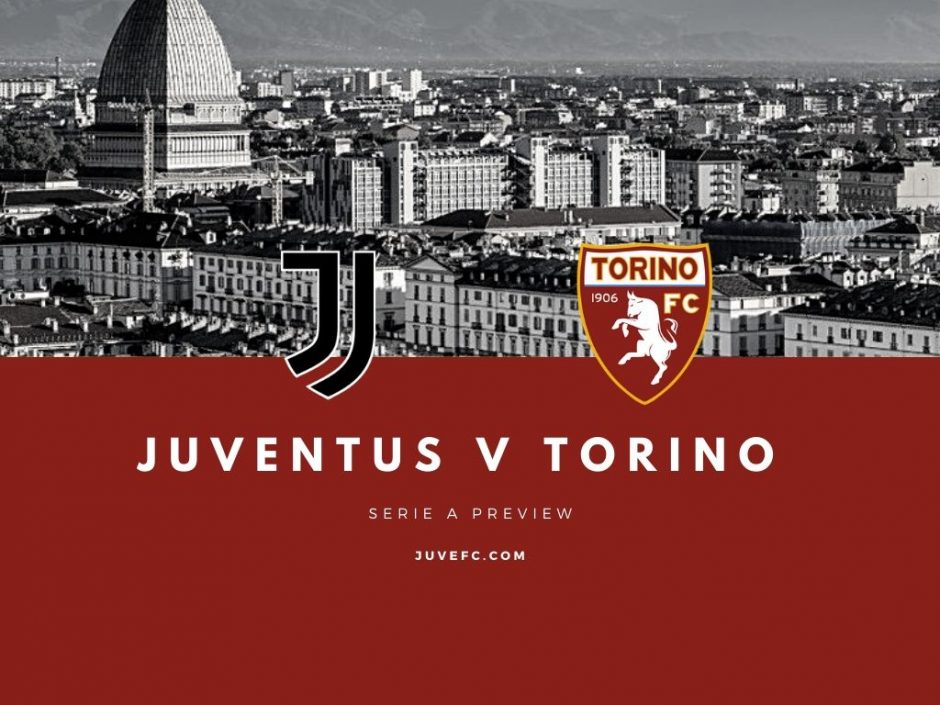 Juventus extended their winning streak against Genoa and, more importantly, are looking increasingly better in the process, with the late goal by the opposition being the only little blemish in a thoroughly  enjoyable performance. It was hands-down the most convincing one after the resumption, given the way the squad managed to pull the strings from the start. Looking back at the dismal outings in Coppa Italia, the biggest problem was indeed the lack of physical condition.

Even if the goals only arrived in the second half, the squad kept playing with poise and without forcing solo actions. It was the opposite of the Lecce game, where the belief a goal would come, no matter what, led to a too relaxed attitude in the first half, in this case it kept the players from rushing things up front. The pressure was back at good levels.

If Cristiano Ronaldo and Paulo Dybala continue to be on such a tear, the self-confidence is well justified. Douglas Costa showed what he is capable of, then Gonzalo Higuain will be the cherry on top for when it will be necessary to have a ram in the box. The front-line has been weirdly assembled and clearly asymmetric, which forces the coach to constantly move pieces around, but certainly is not short on talent.

The attackers are finding themselves and combining more fluidly even against opponents that pack the middle. The trident and Juan Cuadrado on his own are providing enough width to unclog some lanes. It would still be better if the box-to-box midfielders managed to be bigger factors in the final third and begun scoring: that will have to be the final step.

New Barcelona player Miralem Pjanic had his usual average performance in the midfield and perhaps the situation will not be an issue at all, but you have to wonder for how long he will remain a starter given that at some point he could start making business decisions.

It is also a pivotal matter for the future of the midfield: there is growing belief in some circles that Rodrigo Bentancur, despite being better suited for a more dynamic role, will indeed end up effectively replacing Pjanic, as the management stopped pursuing Sandro Tonali when they realized they could get Arthur and will reportedly try to land a more established player in September. However, Bentancur is not the kind of player Maurizio Sarri generally deploys there and it would be preferable if he got a long look in advance instead of going blindly all-in on such solution in 2020/21.

It might be the right spot for Gianluigi Buffon to pick up the all-time Serie A appearance record and, if it was not a Derby, to actually rest somebody. Barring some rotation, the doubts are the usual as Adrien Rabiot and Blaise Matuidi are battling for a spot in the midfield, Douglas Costa and Federico Bernardeschi for one in the attack. 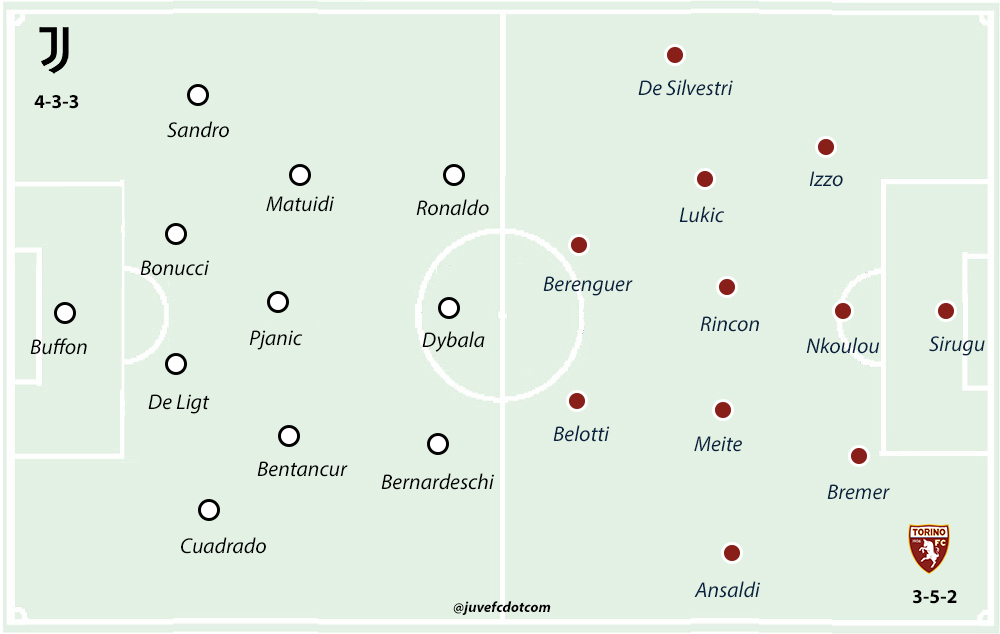 Torino are trying to salvage what was left of a season that begun with fairly high and moderately substantiated expectations, but went sideways pretty quickly. Walter Mazzarri had gained a lot of trust from a management that is not exactly prone to sudden changes, and they probably ended up going holding onto him for too long, although they did have a nice spurt in the Winter before falling on their faces again.

Moreno Longo was supposed to be a caretaker manager before going for a bigger name in the summer, but the situation has gotten so bleak that he will have to do some real work in order to be completely sucked into the vortex of the relegation zone. The four points they picked up recently surely helped, but then against Cagliari and Lazio they were as underwhelming as they have been for most of the campaign.

For some reason, the formula, stingy defending and fast counters, that had propelled them in the past has not panned out this year because the back-line collectively took a massive step back and key men had to deal with physical issues. Salvatore Sirigu, Armando Izzo and Nicolas N’Koulou were among the best specialists in 2019/2020 and, while the glaring howlers have been limited, they just have not performed at the same level. Lyanco was supposed to be the third guy in their defence, but he has missed a lot of time with injury and Bremer took over.

They simply do not have enough offensive juice to remedy giving up a lot of goals. Andrea Belotti can be productive, but he is often too isolated and left battling with three or four defenders at the same time. His preferred partner from last season Iago Falque spent more time on the shelf then on the pitch before being shipped out to Genoa: Alex Berenguer stepped up and is generally pretty peppy, while their big summer acquisition, Simone Verdi, has flopped, perhaps because here he plays centrally rather than on the flank like at Bologna, where he properly shined.

However, it is more of systemic problem rather than an individual one: they do not seem to have much of an alternative to hitting the opponents with quick raids. The midfield is very muscular and defensive-minded and they lost Daniele Baselli, their most creative man here, for the rest of the summer schedule. That leaves Berenguer and Verdi, usually just one of the is fielded, and Cristian Ansaldi as the only players with some phosphorus, so it becomes rather easy to stop them and cut the supply line to the strikers.

It is a Derby, therefore they will obviously get up for it and some of their flaws will be concealed by the extra energy, but it is a squad that could get quickly demoralized if the match gets out of hand early. Longo tried to shake things up after the stoppage by pulling a midfielder to insert one more attacker and Simone Zaza and Simone Edera were actually decent there. Then they fell apart in Cagliari, and he got spooked in the Lazio match, so he went back to a pure 3-5-2. At least they are showing a little more flexibility and given their offensive woes they would be better off fielding as much firepower as possible.