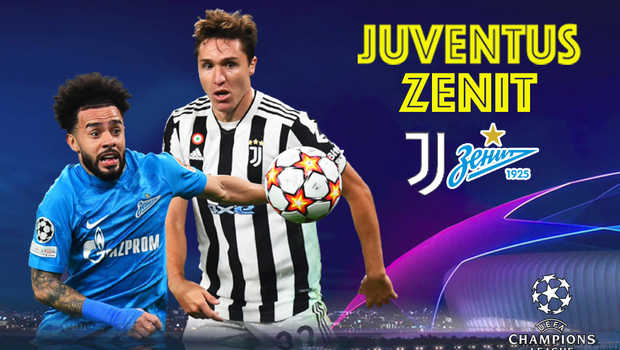 Juventus play host to Zenit St Petersburg in Turin this evening as we look to maintain our 100% record in the Champions League, with the chance of qualifying for the knockout rounds this evening.

The Old Lady have won all three of our European games so far this term, keeping clean sheets in each of those outings, and will be keen to keep that going tonight.

They defeated tonight’s opponents 1-0 in Russia just two weeks, but have since lost their impetus, drawing with Inter Milan before going onto lose consecutive matches against Sassuolo and Verona.

Zenit have done the opposite however, winning both of their outings since that match by a convincing scoreline, scoring 11 and conceding twice in their two fixtures, which came against strong sides in Dynamo Moscow and Spartak Moscow.

While Juve will believe they have the better playing squad and home advantage should play a big role also, our form and morale is a major cause for concern.

I should be believing that there is only one way that this game can go, but I was certain that our recent form meant that Allegri would have his side motivated to set things right at the weekend, but what I saw was far from what I expected.

I believe our side will come out with the intention not to lose today’s fixture, and that sort of tentative thinking could backfire.

While I’m fearful that things will not go to plan, I still believe we will end up getting the point that we deserve, and believe a 1-1 scoreline is on the cards.

What do you expect to see from today’s fixture? Can Juve continue to put their domestic form behind them in Europe?

Opinion: Three Zenit players that Juventus should look out for in the return leg