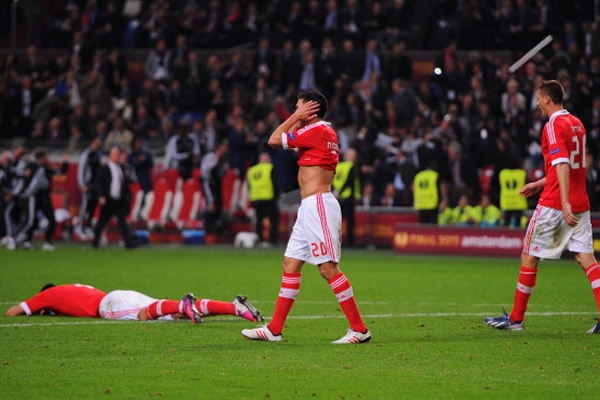 While it might not be evident at first glimpse, the Champions League encounter between Juventus and Benfica will be a contest between two historic European giants with several things in common.

For instance, both sides have lifted Europe’s most prestigious trophy on two occasions. However, the striking resemblance doesn’t end there. In fact, Wednesday’s opponents are mostly renowned for their shortcomings on European finals rather than their exploits.

With seven failed attempts in Champions League finales, the Bianconeri are the undisputed holders of an unwanted record. For their part, the Iberians are the runner-ups (alongside Bayern Munich) in this unceremonious list with five heartbreaks of their own.

But while Juventus fans might suggest that their club might be cursed on the European stage, it is in fact Benfica who are the victims of an alleged hex cast by their legendary manager Bela Guttman.

Football always had its controversial figures, and the Ausrto-Hungarian coach was the author of great many stirs during his heyday. Nonetheless, Guttman’s ability to continue with his controversial act long after his death must be considered as a unique phenomena.

Following Benfica’s back-to-back triumphs in 1961 and 1962, the manager asked for a well-deserved raise, but was abruptly shunned by the hierarchy. In response, he immediately opted to quit his job while allegedly claiming that the club won’t win a European trophy for 100 years.

And that’s how football’s most infamous curse was born.

Coincidentally, their last heartache ensued at the Allianz Stadium in Turin. During that season, Juventus were controversially knocked out from the Champions League group stage on a icy terrain in Istanbul.

Nonetheless, the Bianconeri had a consolation prize in mind, lifting the Europa League trophy on their own turf. After all, which team doesn’t dream of playing a European final at its own stadium.

But in a fashionable Juve calamity, Antonio Conte’s men were eliminated in the Semi Finals by non other than Benfica, and denied the chance to fulfill their destiny as perceived at the time.

Unfortunately for Benfica, shattering the dreams of the hosts in a Semi Final is one thing, while breaking their own curse is another. As foretold by Guttman, the Iberians lost their eight European final at the hands of EL experts Sevilla.

The outcome of the 2014 Europa League perfectly depicts the two club’s continental history. These are two perennial contenders that, for one reason, or another, keep falling short when the stakes are at their highest.

In this group, surely one of them will accompany big favorites PSG to the knockout stages (unless Maccabi Haifa takes the curse-theme into another level), and even though neither club stands a genuine chance of lifting the trophy, it remains interesting to see which side will emerge victorious from their double encounters.

At the end of the day, one fanbase will be left livid with the outcome. But will it be Benfica fans blaming Guttman’s curse, or Juventus supporters cursing Allegri’s name?