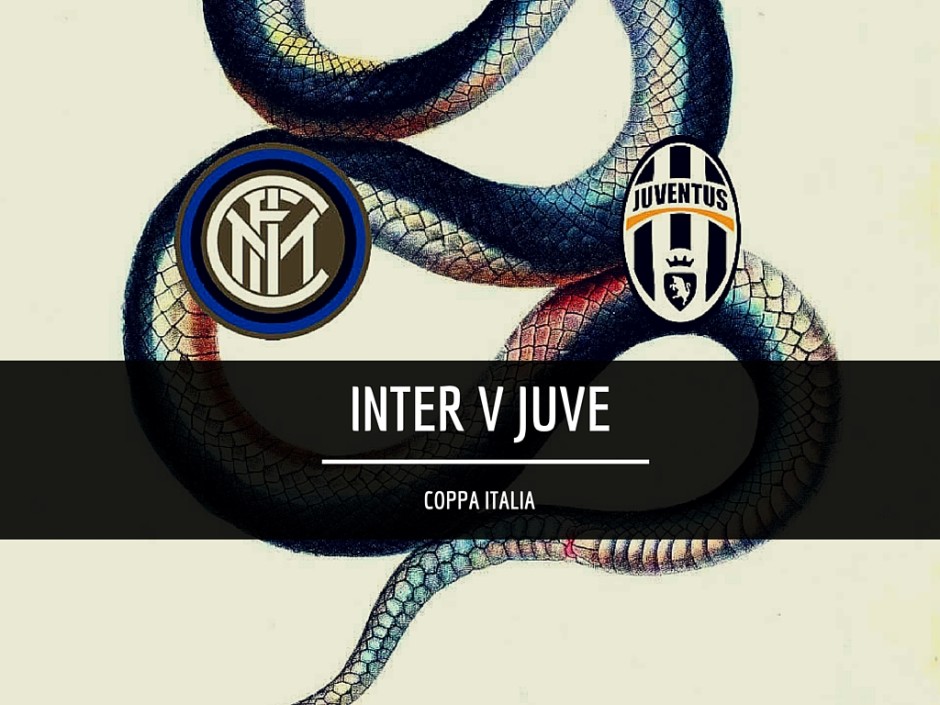 The Roma one was arguably the hardest win of the ongoing winning streak and Juventus needed a special play from Patrice Evra, Paul Pogba and Paulo Dybala to break the deadlock, but all in all Gianluigi Buffon made only a couple of saves and bianconeri controlled the rhythm of the match. The only real threat came in form of a Miralem Pjanic free kick, defused by a deflection by the wall. It is a massive win because it knocked Roma out of the title picture, at least until they solve their issues and start winning consistently, and helped Juventus maintain the pace of Napoli, while Inter slipped.

Three days later, Juventus takes the field to defend its Coppa Italia at home against Inter in the first leg of the semi-finals. As usual, this round is screwed up: not only it is the one that is played in 180 minutes, but also the first and the second matches are one month apart. It does not make much sense and it makes this bout less compelling.

Simone Zaza is disqualified so there will not be the usual Cup couple with Alvaro Morata. Sami Khedira will be spared as the coaching staff is micro-managing his minutes. 3-5-2 is the most likely formation, but the Massimiliano Allegri hinted that Leonardo Bonucci could be rested and the coach does not envision Daniele Rugani playing in that position: if Leo was out, there could either be a weird three-man defensive line with Andrea Barzagli in the middle, or standard four-man one. Patrice Evra is suspended for the next Serie A game so he is slated to play to in this one.

The coach praised Hernanes in the pre-game presser and indicated that, since Claudio Marchisio is one yellow card away from disqualification, the Brazilian could start. Since playing time has been scarce for the former Inter and the midfielder will already feature one “reserve” to replace Khedira, with Stefano Sturaro being the clear frontrunner over Kwadwo Asamoah, the Italian international is still expected to be out there on Wednesday night. Paul Pogba has been rested against Udinese so he should start. Juan Cuadrado is primed to play on the right.

Alvaro Morata is set to be a starter and this could be the right opportunity to give Paulo Dybala, who is carrying the team scoring-wise, a chance to rest a bit. Mario Mandzukic-Morata could be an interesting pair and could help the Spaniard because the Croatian forward would take on all the dirty work and he would be freer. The coach stated that he wants Morata to be more carefree.

In case a 4-3-whatever is deployed, it would likely feature a Cuadrado-Mandzukic-Morata trident.

As for the transfer market, Allegri and Giuseppe Marotta were very clear: Martin Caceres will not leave in January. Not surprisingly, some extension chatter has resurfaced. He should play in this one, replacing either Barzagli or Bonucci.

Inter have collected only five points in five games (1W, 2D, 2L) and they are now six points behind Napoli and four behind Juventus. The slide has been sudden, but not surprising. At the beginning of the season, Inter won a bunch of low-scoring games by single digit and that has now caught up with them. It is tough to win consistently when you score only once per game, even if you have a lockdown defence and a helluva goalkeeper. Inter have tallied 26 goals in 21 matches, which is abysmal compared to Napoli’s 45 and Juventus’ 38.

Roberto Mancini has publicly called out his strikers for missing chances, a behaviour that I did not like as I think that direct criticism of the players should stay in the locker room, but the main problem is that they do not create much. They are only sixth in the League for shoots and shoots on target, so the anomaly was them being on top of the table, not this recent slump. They have simply regressed to the mean.

The most glaring issue is the lack of creativity, mainly in the midfield, but not only there. Adem Ljajic seems to be the most willing passer, and that says a lot because the Serbian talent is not really known to be an assist machine. Stevan Jovetic and Mauro Icardi have yet to learn how to play together. Ivan Perisic is a nice winger, but they do not really have another good one to pair up with him.

Another problem is that coach has been tinkering too much with the lineup and the tactics. Not only the do not have a consistent XI, but they do not even have a go-to scheme. They have tried 4-3-1-2 with Perisic in the hole first, then they alternated 4-4-2 and 4-2-3-1 depending on who was on the pitch, with some sprinkles of 4-3-3 and 3-5-2. This creates a lot of confusion among the players but more importantly it does not allow them to create any chemistry and the mechanisms take longer to develop.

It is very hard to figure out their lineup and Mancini himself said that they have yet to decide the tactic. In the post-game rant in the weekend, he hinted that he was going to field less attackers, so 4-3-3 and 3-5-2 are the favourites at this stage. Mauro Icardi should be given a day off, with Jovetic stepping in as centre-forward. The latest reports say that Perisic might have suffered an injury, so, even if he has not, he could be held out just as a precautionary measure.

With 4-3-3, there would like be a trident formed by Jonathan Biabiany, Jovetic and Ljajic. With 3-5-2, Biabiany, even though he has played RWB in the past, would be benched, with a fullback taking his spot and Juan Jesus teaming up with Miranda and Jeison Murillo in the back. They have so many fullbacks available that is hard to indicate who is more likely to start: Danilo D’Ambrosio and Yuto Nagatomo have been the most used lately, so the others, like Davide Santon and Alex Telles, could get a chance to see the pitch here. The midfield will be composed by Gary Medel and two between Marcelo Brozovic, Felipe Melo and Kondogbia. 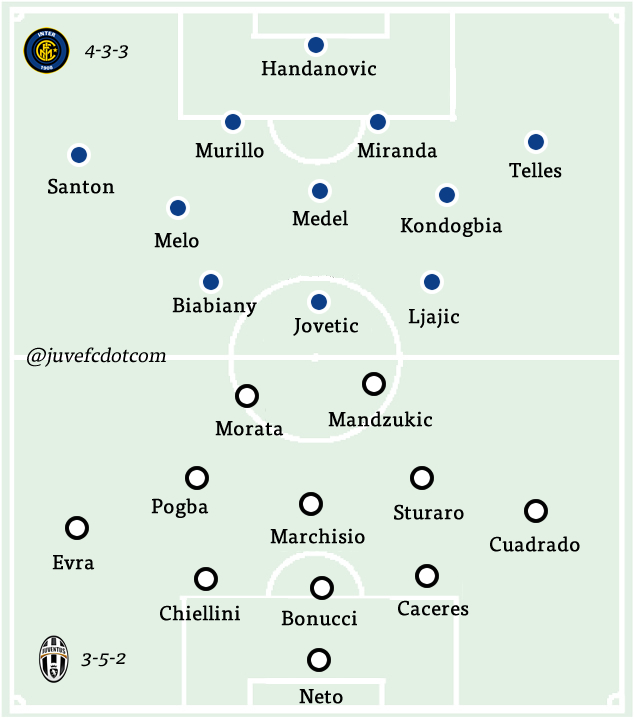