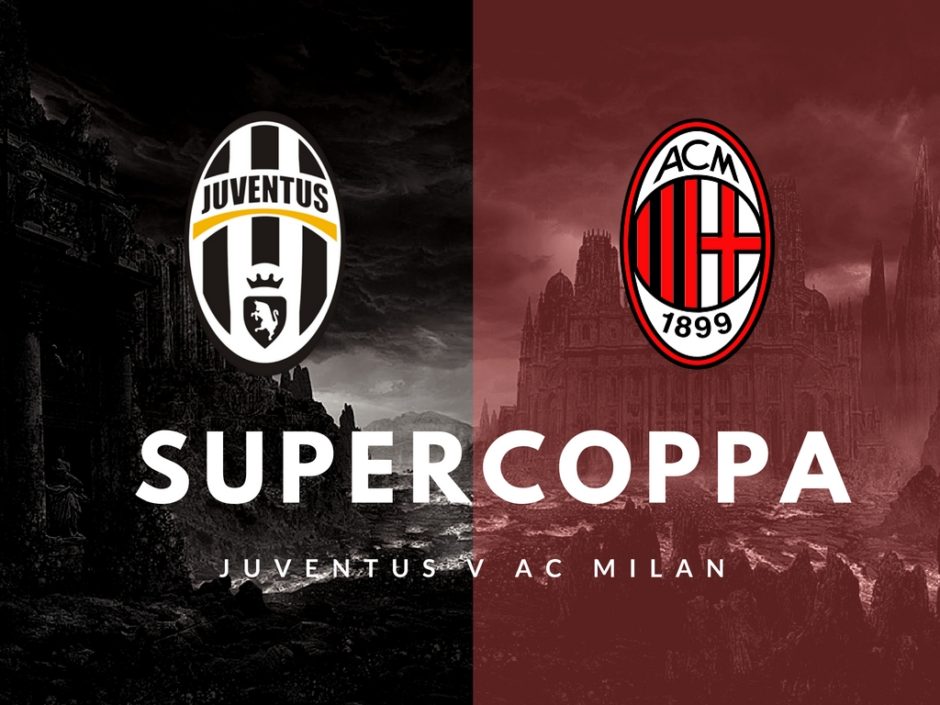 Juventus once again prevailed last Saturday, defeating the most credible Scudetto rival Roma thanks to an early goal by Gonzalo Higuain. A victory that stretches the gap from the closest pursuer to seven points: a safe advantage that we will probably be able to widen even further by the time Champions League football returns and it’ll allow the coach to manage the energies.

Once again, it was not a perfect performance by the Old Lady, but it was enough to best the opponent. The approach was great, with the right level of intensity and capped off by a gem by Higuain. Juventus outmatched Roma in the first half an hour and that proved to be the deciding factor. The Giallorossi tried to react and played much better in the second half, putting on a siege in the final stages of the game, but the defence stood tall and allowed good chances only on set pieces.

Two players stood out. Daniele Rugani had an incredible performance: he blanketed Edin Dzeko and at times showed a level of emotions we are not used to seeing from the defender. He was in the zone. Stefano Sturaro battled all night long with more decorated players like Radja Nainggolan, Daniele De Rossi and Kevin Strootman and proved why he is simply the right guy to field in certain games. He brings a level of grit of physicality that is unmatched by the other midfielders. It was very nice to see two youngsters who will be here for the long run step up in a big game after signing lengthy extensions.

The final game of 2016 will be the Supercoppa in Doha against Milan: of course finals are always a little wonky but I am sure the squad will not underestimate the game after being defeated by the Rossoneri in Serie A. Lifting the trophy would be the ideal way to close a successful year.

Juventus are dealing with two significant injury concerns: they are not heavy problems, but they impact the scheme. Stephan Lichtsteiner and Miralem Pjanic left the Roma game with apparent ailments, but both travelled to Qatar. It looks like it was just a bruise for the midfielder, who should be ready to play, while the situation is a little murkier for the fullback.

Since Dani Alves is out with a fractured fibula, Lichtsteiner is the only true right back available and his absence would pretty much force Massimiliano Allegri to switch back to 3-5-2 or to come up with a creative solution. Medhi Benatia has some experience in that position from his Udinese stint and Andrea Barzagli has played there from time to time, but always with Juan Cuadrado in front of him in a hybrid 4-4-2, so he had never had to cover the whole length of the flank, like it would be the case with a diamond formation. Cuadrado was used in the defence against Dinamo Zagreb, but that was not a real game and it would be extremely gutsy to repeat the experiment against a fiery opponent.

Therefore, until there are more clarity about Lichtsteiner, 3-5-2 is the frontrunner and the deficit in creativity caused by moving Pjanic back in the midfield could be compensated by inserting Paulo Dybala in the starting lineup. The Argentinian has yet to play a full half since his return, but he is now two weeks removed from being deemed fully healthy and should have at least an hour in his legs. Also, at this point, I think it is easier to sub him off rather than Mario Mandzukic or Higuain. Of course, should Lichtsteiner be ready, Allegri would go with 4-3-1-2, with Sturaro in the midfield and Cuadrado initially on the bench.

UPDATE: Lichtsteiner’s conditions remain up in the air, but it looks like that, if he’s ready to go, Allegri will use 4-3-1-2 anyway with Barzagli or Benatia as RB. Barzagli has an edge over Rugani to start as CB as well.

After a couple of very good months, Milan have tailed off a little bit in the last two games and have dropped to the fifth position in the standings. The loss, somewhat underserved, against Roma probably rocked their confidence a little bit and then they were unable to perform at their best against the always dangerous Atalanta. Two costly stumbles that allowed Napoli and Lazio to leapfrog them.

In Serie A, Milan caught Juventus at the right time, after a demanding midweek away game against Olympique Lyonnais. They played us tough, like they do with everybody, and capitalized on a stunner by Manuel Locatelli. They are not much different now from the team that we faced us in late October, and maybe the lack of improvements is what made them drop some points along the way.

The noticeable change is the emergence of Mario Pasalic, who is pretty raw but has the tools to develop into a complete midfielder, and the wane of Mbaye Niang, who has momentarily lost his starting position. It looks like Giacomo Bonaventura will move from the midfield to the attack, with either Andrea Bertolacci or Pasalic in the midfield and Niang on the bench. Bonaventura does not have a lot of speed in his game, but he is a playmaker no matter where he plays and the team always tends to gravitate around him. Suso has also come along in a big way, so Milan will have two very dangerous wingers on the pitch. Even if he does not start, Niang could be a nice weapon off the bench even though he is underperforming as of late.

Gianluca Lapadula has taken advantage of a minor injury to Carlos Bacca to gain some starts and he has been pretty good, although feeding the striker remains a problem for this squad as they seem to be unable to create clear-cut chances for its center-forward. One or two balls in the box is not always enough for a striker to score, even though Bacca and Lapadula are both very cynical. It looks like the Colombian will reclaim his spot in the XI in this one.

Andrea Bertolacci relieved Locatelli in the heart of the midfield in the last game, but that is not his best position: maybe in January they will have to find an alternative to Locatelli, who is excellent for being a 18-years-old rookie, but really does not possess any quality that stands out besides his shooting ability. However, Bertolacci has done enough to challenge Pasalic for the starting job as box-to-box midfielder, and is also way more experienced, should Bonaventura be advanced. Luca Antonelli has returned from a long absence and he could supplant the starter Mattia De Sciglio at left back. 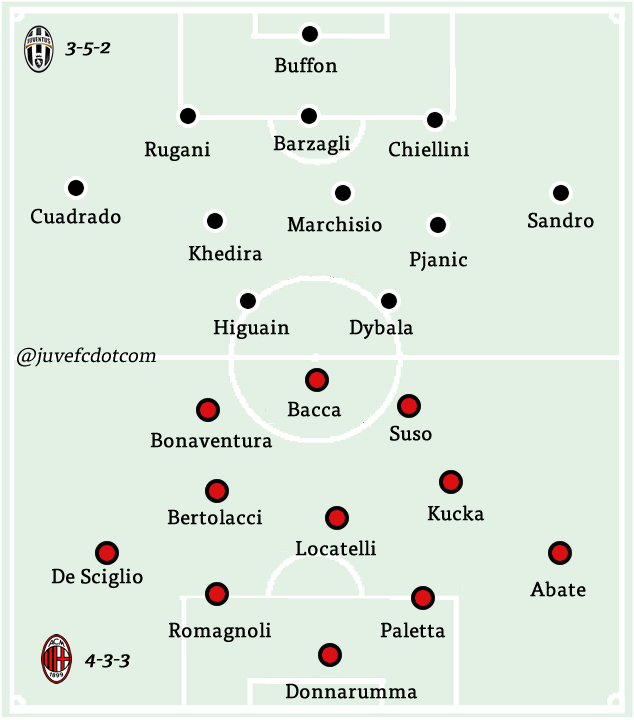