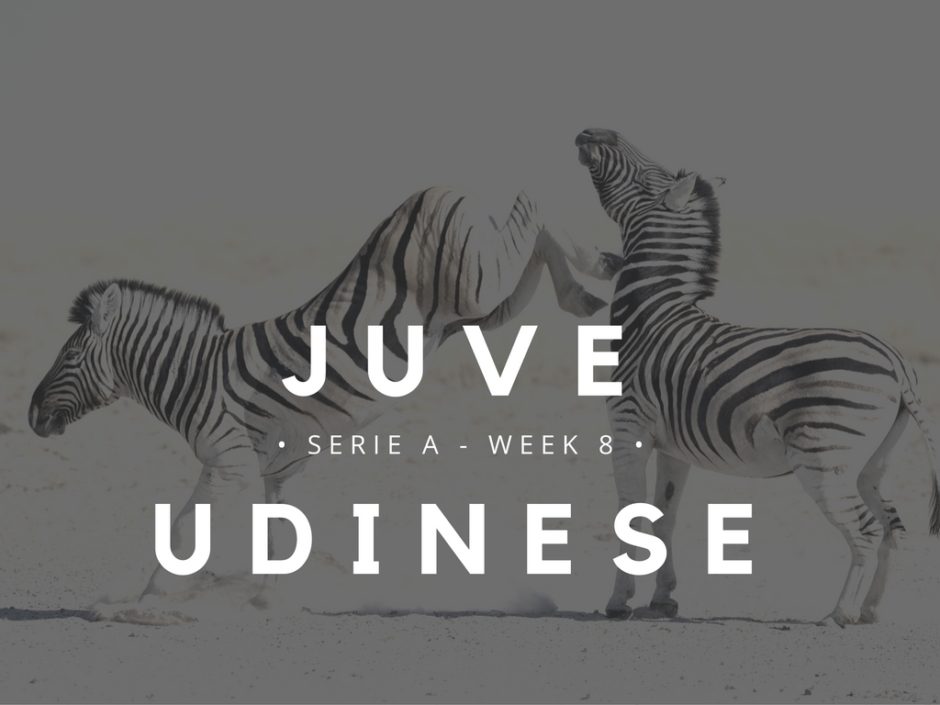 It almost feels like the international break lasts longer every time it comes around. Anyway, Juventus come off a very good game against Empoli: not a perfect performance since it took almost an hour to find the first goal, but in any case the squad always seemed in control of the match and the opponent’s attack never really threatened Gianluigi Buffon. There is an increasingly growing feeling that Juventus will always be able to win the games where they manage to gain a clean sheet. The offensive prowess of bianconeri will prove to be overwhelming more often than not.

The best possible news coming from the break is the return of Claudio Marchisio, who has fully recovered from his torn ACL and will solve most of the problem in the midfield, which was already starting to shape up nicely. If the rest of the team does its duty, he will able to play few minutes here and here and been eased back in. Of course, it will take some time to return in peak condition, but it is really nice to have him back.

The not so good news comes from Marko Pjaca, who apparently hid to the doctors the fact that he was hurt in order to be called up by his national team. I guess it is a nice gesture towards his fellow countrymen, but not a really smart one. Or maybe he simply wanted to get some playing time. Anyway, after the first reports indicated a very troubling diagnosis, a small crack in the fibula, it turns out he has only a bruised lower leg that will sideline him for a couple of weeks.

As always after the international duties, the South Americans have returned very late and basically missed all the preparation for the Udinese game. Having Pjaca would have helped. Also, the crucial Champions League tilt against Olympique Lyonnais comes up in three days, so some rotation is totally natural. This will almost surely affect Dani Alves and one between Gonzalo Higuain and Paulo Dybala: a re-energized Mario Mandzukic will start and pairing him up with Dybala makes the most sense.

Medhi Benatia has recovered from a hamstring injury and Giorgio Chiellini is available as well after missing an Italy game because of a knock on his trouble calf. Leonardo Bonucci was given an extra rest after the Italy game, so he is likely to get benched. If Allegri does not feel like fielding the two returning centre-backs, he can use a four-man defence. 4-3-3 and 4-2-3-1 are not really options without Pjaca and with Juan Cuadrado coming off an 18-hour flight, so the most credible alternative to 3-5-2 now that the midfield has been repopulated is 4-3-1-2, even though the coach has been a little gun shy with this scheme. Allegri has stressed again that he prefers Mario Lemina as box-to-box: that could be the case on Sunday night if Miralem Pjanic is advanced.

While Pjaca is out, the starlet Moise Kean will be the fourth striker on the first team’s roster. A very clever move: Kean is on a tear in the last two years, he has scored thirty goals in thirty-five matches. The management is squabbling with his agent, non-other than Mino Raiola, over the contract extension: he has yet to sign a pro contract because the two sides have different opinions on the ideal path for his growth. Hopefully everything will be settled and he will have a long and nice career at Juventus.

UPDATE: In a very unusual Saturday morning update, the team has communicated that Chiellini will miss the game because of a thigh problem and that Bonucci has been called up to replace him. Of course Bonucci could be shoehorned into the lineup, but he has not really practiced this week, so it is possible that Allegri will keep him on the bench and go with either Patrice Evra as CB or with a different tactic.

After conquering only seven points in seven matches and failing to win in four straight matches, Udinese have uncharacteristically opted for an early change on the bench, firing Giuseppe Iachini and hiring Luigi Delneri. It is true than they regressed as the year went along and at times they looked directionless, but I am not really convinced that this is the right move. In particular, the choice of the new coach has been underwhelming. They have liked Delneri for years now and he was close to be appointed in two separate occasions in the past, but he does not strike me as a great fit for this roster.

Despite the early struggles, they have put together a pretty interesting roster in the summer: they have good prospects at every level and of course they will need some time to adapt to Serie A and perform at good enough levels. Delneri is experienced but he is not really a coach known for grooming youngsters and for his skills in players’ development. They should have probably been a little more daring with the coaching changes, either now or in the summer. In any case, they have enough talent to easily escape the relegation, the goal they are clearly targeting at this point, regardless of who is at the helm.

They have had some bad injury luck and they will be pretty depleted in this one as well. They will be certainly without Silvan Widmer, who has a fractured scapula, Emil Hallfredsson, who has strained hamstring and Ewandro, who has a broken foot. Panagiotis Kone sprained his shoulder this week and should be out, likewise Emmanuel Badu, who is dealing with gastroenteritis. Gabriele Angella has muscle fatigue and his presence is questionable.

Therefore, Delneri will not have many players to choose from on Saturday. As we know, he is a 4-4-2 guy, but they do not have enough wingers to deploy it. He should go with a 4-3-3/4-1-4-1, maybe steering towards the 4-2-3-1 he abundantly used last year at Hellas Verona if need be. In any case, the problem on the flanks remains.

As it is often the case after a coaching change, the pecking orders in the various positions are murky and so there are doubts in every area. Molla Wague has a little edge on Thomas Heurtaux to start as right back, replacing Widmer. Pablo Armero should supplant Ali Adnan on the left, but they have also tried a very uninspiring four centre-back look that includes Heurtaux or Wague at right back, Danilo and Angella in the heart of the defence and Felipe at left back, a position he has not covered in years. They should have Samir back from a severe hamstring strain: he will eventually end up starting at left back, but he is not ready to start just yet.

The absences in the midfield pretty much force the coach’s hand: Seko Fofana on the right-hand, Sven Kums in the middle and Jakub Jankto on the left-hand. Fofana has been pretty good so far even though he has been miscast as a pivot while he looks like a natural and physical box-to-box midfield. Kums, who is a natural deep-lying midfielder, has been inserted in the starting XI right away despite being acquired late in the window: he immediately took control of the team and looks like a great acquisition. Jankto was excellent last season at Ascoli, but he has not played much last season. Lucas Evangelista could be an option, but he is a little too offensive.

In the trident, the versatile Rodrigo De Paul and Cyril Thereau will play on the flanks: neither of them is a pure winger: De Paul is a no.10, while Thereau is a second-striker, but they have both experience on the wings. It would make more sense to put Ryder Matos on the right, but he has not seen the pitch a lot since moving to Udine. Duvan Zapata is the starter, but he is being challenged by Stipe Perica who has been pretty effective in the few minutes he has featured in. 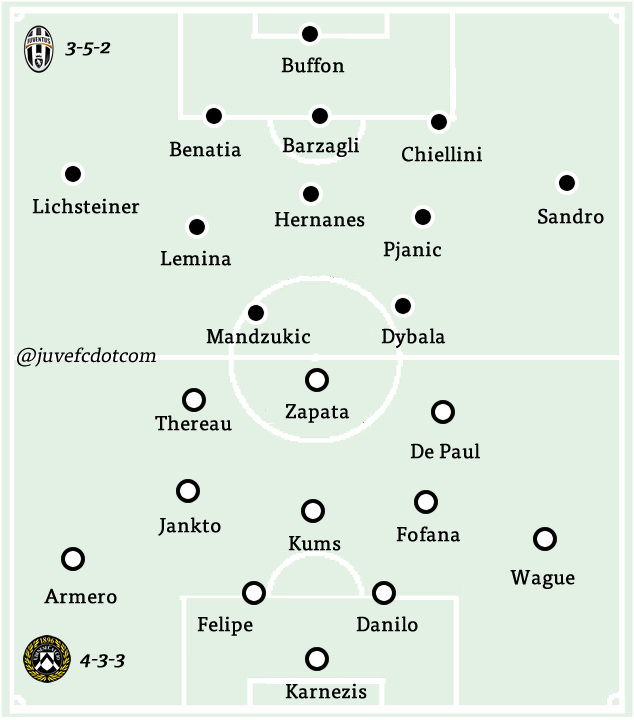