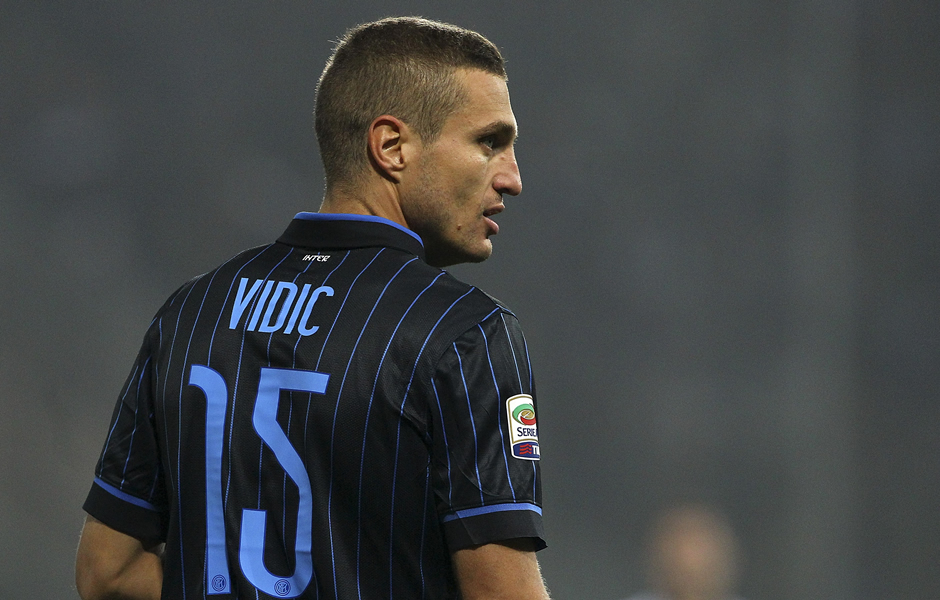 Juventus are stepping up their search for a centre back in January and may look to sign Inter Milan’s Nemanja Vidic.

Italian daily La Stampa are reporting that the Bianconeri have identified a number of targets and the 32-year-old Serbian defender is a possibility for the club, given his potential cost and lack of playing timeat Inter. The ex-Manchester United defender has struggled to adapt to Serie A enduring a torrid first half to the season where he’s recieved a red card on his debut match against Torino whilst also being at fault for this defensive howler against Palermo.

The recent change in coaches has led to Vidic dropping down the pecking order with Roberto Mancini replacing Walter Mazzarri and prefering a centre back pairing of Juan Jesus and Andrea Ranocchia.

Mancini was quizzed about his defence along with the possible departure of both Fredy Guarin and Vidic ahead of Inter’s match against Lazio.

“At this moment these are the defenders and I’m sticking with them. ” said the Coach in his Press conference.

“They are improving and are one of the few areas of the team it’s generally best not to fiddle with.”

“Vidic will improve his fitness levels, he has experience and has won everything in his career, so if he deserves to play, then he will.”

The players agent Silvano Martina recently quashed any rumours of a move declaring his client was happy at the club and wanted to make a success of his transfer.

Juventus are looking at signing another defender given Andrea Barzagli’s long term injury problems relating to his Achilles tendon. While the defender has journed with the team to Doha for the SuperCoppa Italiana, he’s not expected to feature and his exact comeback date is not yet known.

Vidic had previously been linked with a summer move to the Bianconeri but chose Inter after his contract ended in July 2014.