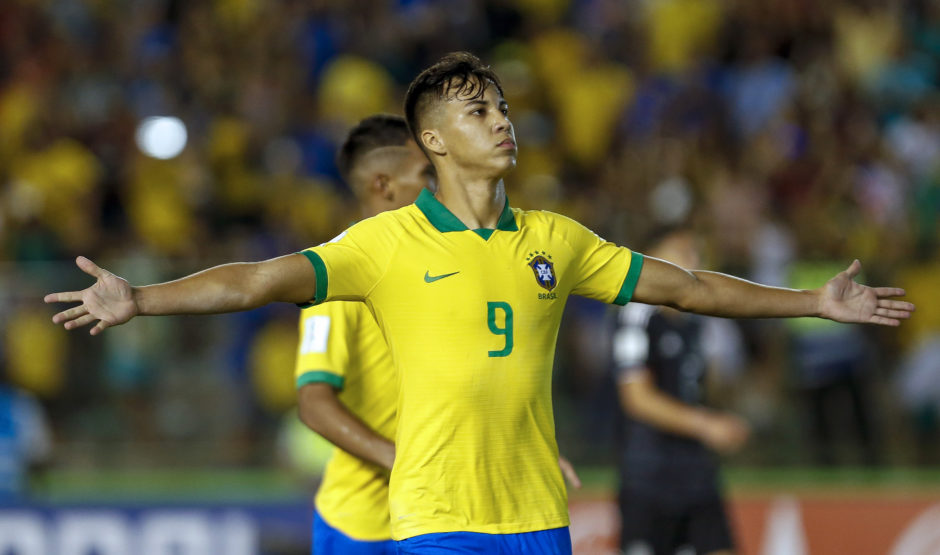 The 18-year-old has caught the attention of Europe’s elite clubs following a strong showing in the FIFA U-17 World Cup and even the Copa Libertadores.

Corriere Torino report that Juve’s Chief Football Officer is willing to bring Kaio Jorge to Juventus having been ‘bewitched’ by the youngsters scoring exploits at youth level.

Contacts have reportedly already begun with Santos and the player’s entourage with Paratici’s goal being to bring Jorge to Turin in the coming months.

A first offer to Santos is nearly €20m plus bonuses, possibly to bring Jorge on loan with an obligation to buy, despite the player having a €50m purchase clause in his contract with 30% of his ownership belonging to agent Giuliano.

Speaking about the Bianconeri’s interest, the youngster said recently: “I am glad that Juventus is interested in me, everyone wants to play in Europe. But now I’m focused only on Santos.“

Andrea Pirlo to return to Juventus

Lippi: ‘No Serie A playoff’