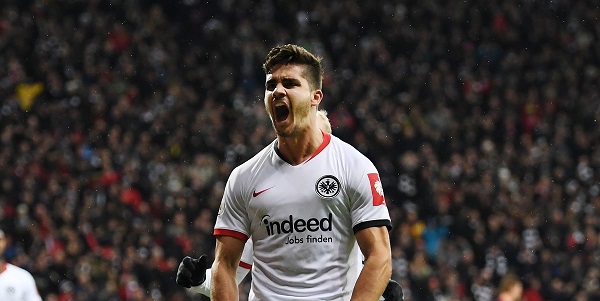 Juventus will probably add another striker to their team in the summer and a report on Calciomercato has linked them with a move for former Milan man, André Silva.

The Portuguese attacker is currently on the books of Eintracht Frankfurt where he has been in fine form this season.

He has scored 19 goals and provided 5 assists from 22 games in all competitions already. These are numbers that will make Juve a stronger team on the league table and in the Champions League.

The Bianconeri has had to rely on Alvaro Morata as their main striker this season and although the Spaniard has delivered, they have struggled when he doesn’t play or is not in-form.

They wanted to land another attacker in the last transfer window, but it never happened.

They will now look to get Silva in the summer and a pre-existing link with someone at Juventus might help their pursuit.

He is a national teammate with Cristiano Ronaldo and that could make things easier for Juve as the attacker can convince Silva that their partnership will flourish in Turin and the national team.

He also shares agents with the Juve man, which means negotiating with his representatives should be smooth.