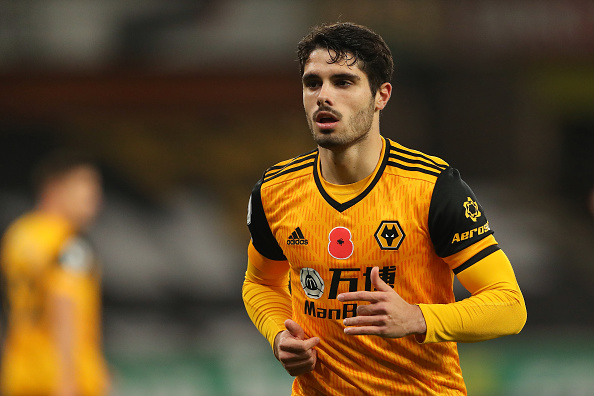 Juventus want Wolves man and it is not Adama Traore

Juventus are already looking at players that will join them when the next transfer window comes around, and one big Premier League talent has been linked with a move to Turin.

The Bianconeri have changed their transfer strategy recently with most of their new signings in the last transfer window being younger players.

It seems that the days of the Italian champions moving for players like Cristiano Ronaldo who was already 32 when he joined them are over.

In the last transfer window, they signed Dejan Kulusevski and Federico Chiesa, both players are under 25 and it seems they are about to add another youngster to their squad.

Tuttosport, as reported by Football Italia, is claiming that the Bianconeri is interested in signing former Lazio winger, Pedro Neto.

The 20-year-old Wolves star is emerging as the next top player that plays for the Premier League side.

He has had a fine start to this season that might become his breakthrough campaign, and that earned him a first Portugal cap against Andorra last week.

His country won the game 7-0 and he scored on his first start for them.

The report claims that the Bianconeri has opened talks with Wolves over signing him and they are looking to use super-agent, Jorge Mendes as an intermediary to make the move happen.

Juve has also been linked with a move for Neto teammate Adama Traore and it will be interesting to see if either Wolves player is signed in the next transfer window.

France manager has his say on the form of Juventus man

Another young Italian talent finds himself on the Juventus radar