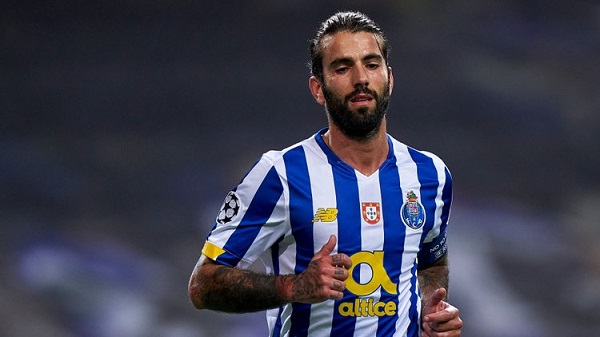 Sergio Oliveira was the key man who helped FC Porto to mastermind the downfall of Juventus in the Champions.

He scored twice in Turin to help his team qualify at the expense of the Bianconeri and they want to sign him now.

The Portugal international is having a fine season and has caught the eyes of top European teams.

His fine form at Porto will make it hard for the Portuguese giants to keep him and Todofichajes says Juve wants to sign him.

The Bianconeri are being rebuilt by Andrea Pirlo and the club will continue to back him in the transfer window.

He landed some players in the last summer transfer window and this coming one wouldn’t be different.

He reportedly wants the midfielder to bolster his team in the next campaign.

Oliveira is already 28 and will not want to pass up the chance to play for a top team before he retires.

Porto also knows that they have just one chance to sell him and make some good money, which should be this summer.

The report adds that although he has a contract until 2025, the Portuguese side are open to selling him and he could leave for around 30m euros.