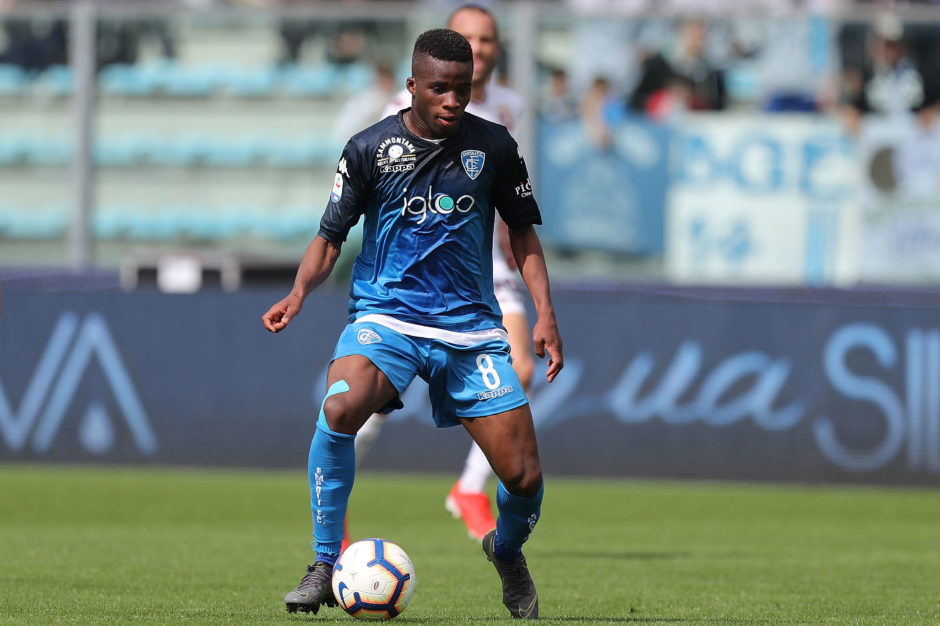 Juventus could move for Sassuolo’s Hamed Traore in the next transfer window, even though he is a serious target of Napoli.

The Ivorian is developing well at the Black and Greens and his performances have caught the attention of the Bianconeri and other clubs in Serie A.

Juventus has been watching him for most of his career and the 22-year-old is showing why he is one of the finest prospects in the league.

Tuttomercatoweb claims Napoli is currently his most serious suitor and the Partenopei are working hard to ensure they win the race for his signature.

He is valued at 30m euros, and the Serie A challengers hope to reach a compromise with his present employers to sign him.

However, the report also claims Juventus is watching that development closely, and the Bianconeri could pounce to steal him from under the noses of the Naples side.

Traore is unlikely to get enough playing time if he moves to Juventus now, but we can sign him and send him out on loan to continue his development.

The player will also want to join a club where he would be relevant, and he might reject our approach if there is no guarantee he would be given a fair chance to fight for a place on the team.

Salernitana and Juventus will pay tribute to Andrea Fortunato before kickoff

Image: Confirmed Juventus squad to take on Cagliari on Saturday