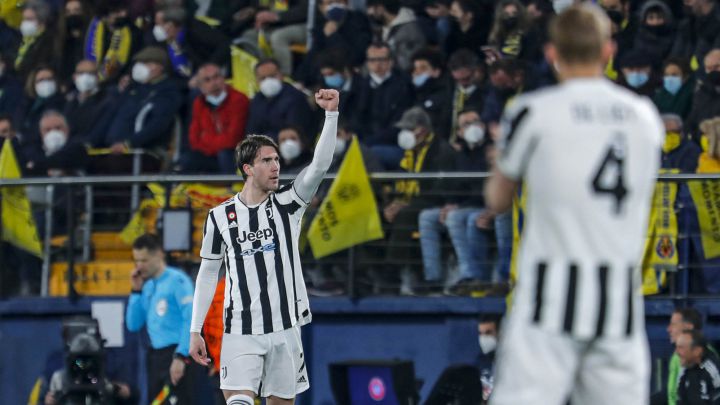 Juventus will be satisfied after earning 1-1 draw with Villarreal

Juventus will be happy to go back to Turin knowing that they simply need to win at home against Villarreal to make the last eight of the Champions League after a 1-1 draw away.

The Old Lady came rushing out the gates to catch our rivals off-guard, with Danilo picking up the ball inside his own half and firing it straight up to Dusan Vlahovic who broke the lines to retrieve the ball in the final third, and despite having two men on his tail, took on a right-footed effort with the ball on the bounce and fires it into the far left of the net.

The home side got a grip on the game soon after, enjoying long spells in possession and looking dangerous, and it looked like it should have paid off when Lo Celso found himself in the box, only to loft his effort off the outside of the post inside 15 minutes.

Weston McKennie broke into the box late into the half, only to have his hard work denied by a block, and went into the break ahead.

We had a great chance soon after the restart, when McKennie’s cross from deep was met by the run of Alvaro Morata, but he sadly failed to hit the target.

Wojciech Szczesny pulled off a great save before the hour-mark to deny a strong effort from Alberto Moreno, but wasn’t able to deny Dani Parejo 10 minutes later. Etienne Capoue has split the defence to find the midfielder free in the box who places his effort neatly beyond the Pole.

The game got a little scrappy after, with fouls coming from all over the shop, and tensions were clearly high as the Villarreal goalkeeper picks up a yellow card for swearing as he tried to get his point across to the referee.

Dusan Vlahovic once again used his strength to earn himself another great goalscoring opportunity, but Rulli was not to be beaten again today.

Juventus can be happy to be taking a 1-1 draw back to Turin, with no away goals rule, knowing that we simply have to win the tie at home.

Today’s game was pretty even, and the scoreline is most likely fair, and while nobody likes a show off, I did happen to predict the correct score in my preview earlier on today…