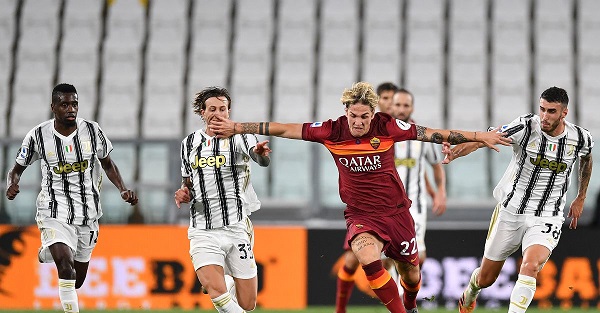 Juventus win over Roma was ugly but effective states journalist

Juventus earned a 2-0 win over AS Roma yesterday in a game that helped them get into the top three ahead of their opponents.

The Bianconeri had been on a winning run since losing 2-0 to Inter Milan last month.

This game offered them the chance to leapfrog the Giallorossi, but it was also going to be a tricky one against a fellow title challenger.

Juve changed their approach to be more defence-minded and hit their opponents on the counter-attack.

It worked, and they got their points, but not everyone enjoyed how Andrea Pirlo’s men played the game.

Mediaset journalist Maurizio Pistocchi has now claimed that the Juve team which played the game was a ugly one, and their opponents were good.

But Roma paid the price for lacking a cutting edge, which helped the Bianconeri get all points.

Pistocchi took to his Twitter account and tweeted: “Juv-Rom 2: 0 With a technical masterpiece by CR7 (sole stop and left in the corner) an own goal by Ibanez and great defensive attention the + ugly Juve of the last days beats a beautiful Rome, who at the Stadium had the dominance of the ball but he finalized worse than Juve.”

Juve will look to build on that win when they face Inter Milan in their next competitive game.

Juventus target makes a decision on his Real Madrid future

Juventus paying attention to another Raiola Serie A client