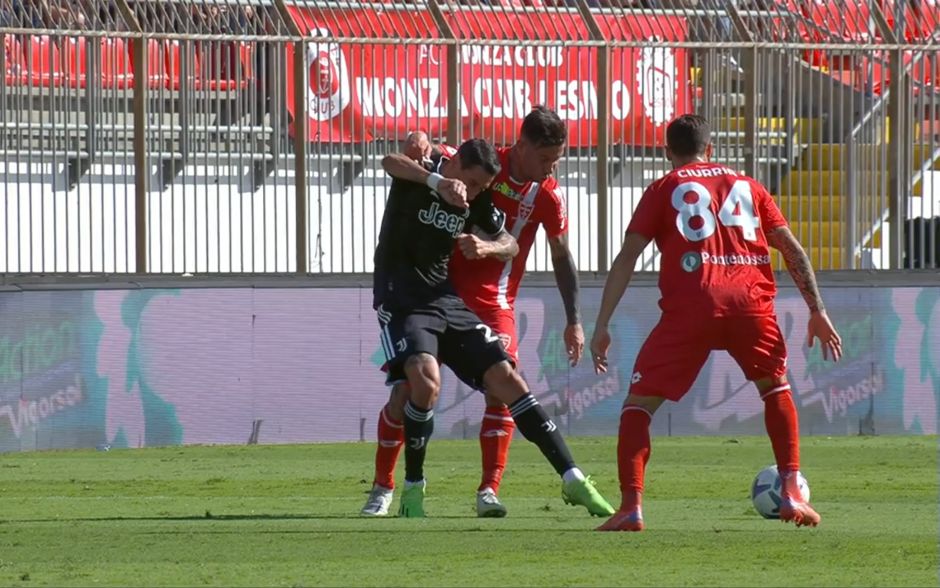 Last Sunday, Angel Di Maria let down his Juventus teammates by leaving them in a numerical disadvantage against Monza for an entire half.

The Bianconeri were already struggling against their hosts. So once the Argentine received his marching orders for an elbow on Armando Izzo, a defeat become inevitable.

While El Fideo was risking a lengthy ban for what can be considered as a violent act, the sporting judge only handed him a two-match ban, which is the customary punishment for a direct red card.

According to TuttoJuve, the club has decided to accept the penalty, and won’t file an appeal against it. The source believes that Juventus consider the ban to be just.

Apparently, the player’s apology afterwards helped his case, while Izzo’s infamous antics have also contributed in avoiding a longer ban. The Monza defender is notorious for provoking opponents.

Therefore, Di Maria will miss the Old Lady’s next two Serie A fixtures. The first is a home encounter against Bologna on October 2, and the second an away clash versus Milan on October 8.

The winger will be available for the Derby della Mole against crosstown rivals Torino on October 15. This ban should also keep him fresh for the Champions League double header against Maccabi Haifa.