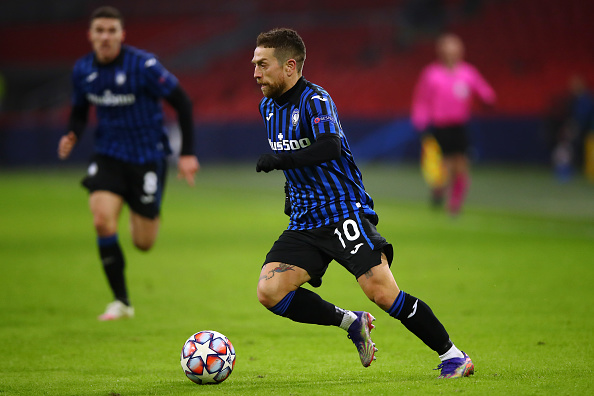 Alejandro Gomez and Atalanta have made the headlines for all the wrong seasons during the recent months.

The Oribici captain had a big fall-out with his coach Gian Piero Gasperini during a Champions League fixture last year, and now the club finds itself forced to sell the Argentine star.

Nonetheless, Atalanta refuse to allow Gomez to leave for a minimal fee, and according to a report by Sportmediaset via TuttoJuve.com, La Dea are unwilling to let the playmaker leave for anything less than 10 million euros.

The report adds that Juventus, Milan and Inter are all among the clubs who are monitoring the situation in Bergamo, as all three clubs are hoping to reinforce their attacking departments this January.

Facing the impressive list of the Argentine’s suitors, Atalanta won’t be bullied by the player’s demand of an immediate transfer, and are willing to freeze him out of the squad until the summer transfer market.

Juventus are known to be looking after a new striker, but one must wonder if Gomez is actually the missing piece of Andrea Pirlo’s attacking department.

The names that have been mentioned to join the club in January have mostly been big and physical center-forwards, as Juve mainly need a fourth attacker who would primarily act as Alvaro Morata’s understudy.

Andrea Pirlo might just decide to field Gomez as an attacking midfielder, but that wouldn’t be a very likely proposition considering the fact that the young Juventus boss has been mainly deploying a more physical midfielder behind the strikers, the likes of Aaron Ramsey and Weston Mckennie.