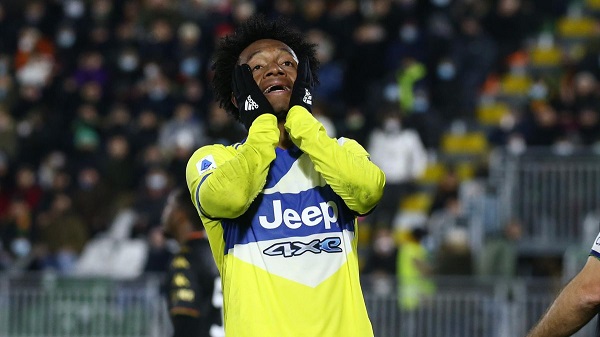 Juventus would only step up for Udinese man if Cuadrado leaves

This summer, Juventus are working on several fronts in order to bolster Max Allegri’s squad.

But while the management’s priorities appear to be on the wings, as well signing a new midfielder and a left-back, one would say that the right-back role is far from being a major concern in the current transfer session.

After all, the Bianconeri already possess decent options for the spot. Danilo is arguably the first choice, while Juan Cuadrado and Mattia De Sciglio are more than adequate replacements.

So according to Tuttosport via JuventusNews24, Federico Cherubini and company would only pursue Nahuel Molina if Cuadrado ends up up leaving this summer.

The Colombian activated an automatic renewal clause last summer which extended his contract for another season. The management was left unpleased with the outcome, as it was hoping to reach a longer agreement that includes a pay cut.

On the other hand, Molina has proven to be one of the most exciting wingbacks in Serie A least season. The Udinese man contributed with seven goals and five assists.

However, the Argentine has a contract with the Zebrette until 2026, and his value could reach 30 million euros.

Despite the awkwardness that accompanied the automatic renewal, Cuadrado is unlikely to leave Turin this summer, as he remains a favorite of Allegri.

So while Molina would undoubtedly be an exciting addition to the squad, the chase will likely have to wait for another year.