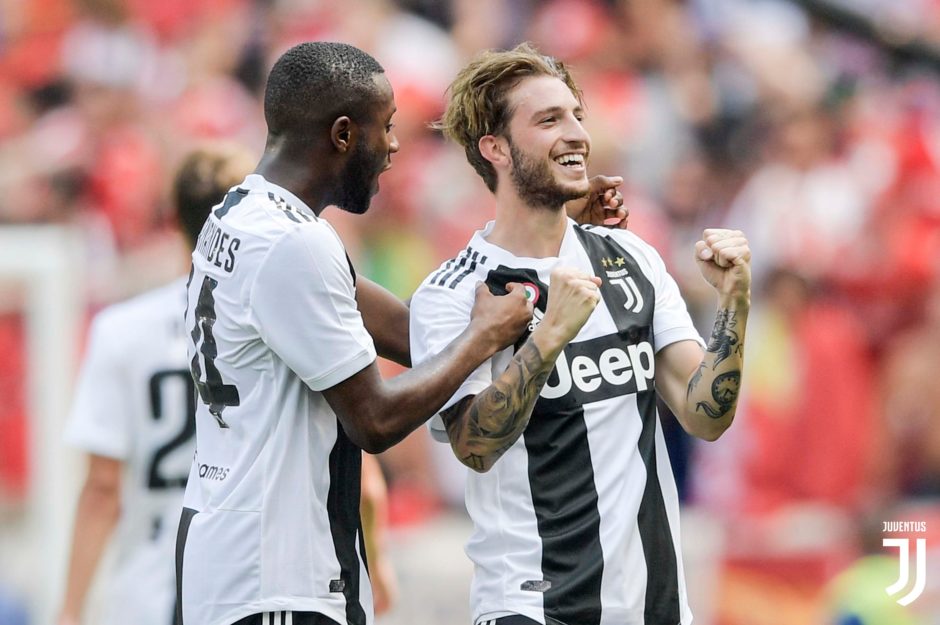 Whilst the seniors were made to appear laboured, disjointed, ancient in their movements when faced with the youthful exuberance of the Ajax squad which outplayed them over both legs of the recent senior ties in the Champions League, the tables were turned at U17 level…

The Future Cup (officially known as the ABN AMRO Future Cup, and previously known as the AEGON Future Cup) is an annual friendly international youth tournament which is organized by the Dutch football club AFC Ajax. The tournament is created for under-17 youth teams, and is held at De Toekomst, every year during the Easter weekend.The tournament has been contested by some of the strongest under-17 teams in football, with FC Barcelona, Manchester United and Bayern München amongst the participating clubs.

Our U17s are close to clinching their league championship and if there is anything to take from this success it is that Ajax are not the only side with a successful youth set-up. The question is, how do we move to emulate their model for bringing that talent through the ranks to be given the chance to make their mark at senior level?

When was the last time we saw a player from our youth sector find a chance in the senior squad, let alone prove their early promise was sign of true quality?

Del Piero? Though he was signed after developing at Padova.

Probably Marchisio is the only true success story of development at youth level in black and white leading to a superb career in the senior squad.

Where have we gone so wrong?

The major explanation for this is that we are operating in the higher echelons of senior competition, aiming for the highest achievements, which leaves little scope – through our current system – for allowing youngsters the chance to make the mistakes they must in order to not just find their feet at senior level, but to then develop from those experiences.

Our club ethos is very much focused on finding proven talent. Who can improve instantly the current squad. Which makes the recent rise of Moise Kean all the more spectacular, but even in his case, a player phenomenally potent at all youth levels, would he have even found any chance were it not for injuries?

Probably not. And this is indicative of a club too focused on buying their way to success rather than building their way to long term success. Yet it is not fair to suggest that we have a lack of investment or nous when it comes to the youth sector.

Our U19s Primavera squad have the following players presently representing their country:

We find a similar story when moving below to other age groups.

What of the new Del Piero…Luca Clemenza? A player whose talent at youth level looked often sublime>

A star and captain for our primavera, having represented Italy at U19 and U20 level, loaned out to Padova this campaign, who has made 20 appearances and fared well enough. And perhaps he will earn a move to a Serie A side. Before finding himself used as a makeweight in a deal for an established, experienced player of less obvious talent, just more proven as reliable at a high level? Probably.

Luca is 21. Why not bring him into the first team squad for the Summer with a view to offering him the chance to become part of the side for next season?

I look at Mandragora, who is captain of the Italy U21s, has also made his senior Azzurri bow, and is a seasoned Serie A player now. We are crying out for a DM/CM who can affect the tempo, scrap, distribute the ball intelligently and impose himself. All of these qualities Rolando has shown, and yet we are likely to leave him be, when we need his exact qualities. Why not bring him in as a squad player? (NB – His deal with Udinese includes the chance for us to buy him for a set fee at the end of the 19/20 season.)

Rogerio, currently on loan at Sassuolo, also 21…Sandro has looked for two seasons like he is stagnating. Why not bring in Rogerio, who has proven himself useful in the top tier and develop him alongside Darmian or Spinazzola? We already own the Brazilian. The cost would be zero.

Italy U21 wide forward, Orsolini, 22, is another bright young italian talent who we already own (pretty much!)…Is he really that much inferior to Cuadrado? Now seems destined to be used as a makeweight in a deal for other youngsters, Chiesa or Zaniolo.

A concern remains that whilst the scouting, investment and coaching appears top notch at youth level for Juve, management of the same talents once they leave the U19s is successful solely in terms of revenue. Which is useful for financing other deals –

72m which with other sales likely ended up closer to 75m.

And yet, what is evident is that there are huge obstacles in the path of players moving directly up the ranks to the senior level, alongside similar odds for a return to the club after heading out on loan after leaving the ranks. Which is something I hope can be addressed at the club, for its clearly by direction, no random event seen year after year.

Audero has looked superb for many moons, and his form for Sampdoria has been phenomenal. He has appeared by far the strongest young goalkeeper in Italy this campaign. Which has earned us 20m and lost us a superb talent we have long nurtured and managed, a player who probably dreamt of playing for Juve. Was it really worth 20m? When he could well have come in as understudy to our Pole in the Goal.

We are trying to buy our way to success rather than build. And I do believe there is a significant difference in a player growing up through the ranks at juve before earning promotion to the seniors and a player brought after learning his trade and finding affinity with a club or fans elsewhere first. Some of these kids head to Juve before even reaching their teens! Even to spend 2-3 years at the club develops a sense of family, tribe and rather than have their hopes placed as earning a move to a Serie B side, why not change the culture and open up avenues for their progression to the top of the club?

If a player is good enough to represent his country at U16, U17, U18, U19, U21 why not give a few of such youngsters the chance to spend a season with the men. I don’t mean all of them, but some. For presently this is not the case. Kean and Marchisio are exceptions to the rule, not at all the norm.

There is another way of looking at this. Other clubs in the top tier are giving youngsters a chance in their first team squad at an age when we are sending them to Padova. This allows them to develop much more quickly and also offers a stronger view of their true value at senior level. I dare say it might be a better platform – for the coaching, training and playing staff are all superior – for a 20 year old fresh out the Primavera to spend the next campaign at the highest level we can promote them into. Serie B football is much rougher, tougher and probably harder for a youngster to make his mark in than if given the talents around him to inspire and improve he would find if remaining in the ranks and playing alongside the likes of Pjanic, Dybala and Ronaldo etc etc…

What seems to be happening is that we end up using players we have trained and developed, cared for, helped to mature as young men, as makeweights for players often of a similar age, who have simply been given the chance to show what they can do at a higher level. They might not be better players, just have had the opportunity to get noticed whilst playing under much more optimum conditions.

Here we are working out how to fund purchases for Chiesa (21) and Zaniolo (19) and we will use players who might well have shown as promising form had they been given the chance in our own ranks. In this scenario we are not only wasting talent we have spent good money scouting, buying and developing, we are potentially also wasting millions in overspending on players who might not be as good or better than the players use to get them! Its madness.

Of course, given our objectives domestically and in Europe we apparently do not have the luxury of playing youngsters. Instead we use them, with added millions, to purchase the youngsters others have been playing at a high level…

Something desperately needs to change with the current culture at the club in regards to youth. I look at United, Chelsea, Liverpool, Arsenal, even City (as well as most other Premier League clubs) and I see youth players getting chances everywhere. Not to make up the bulk of a first XI, but regularly they are seen, they are given chances. This does not happen at Juve. And it should be happening.

Its time to give youth a chance, to lean more towards building than buying our way to long term success.