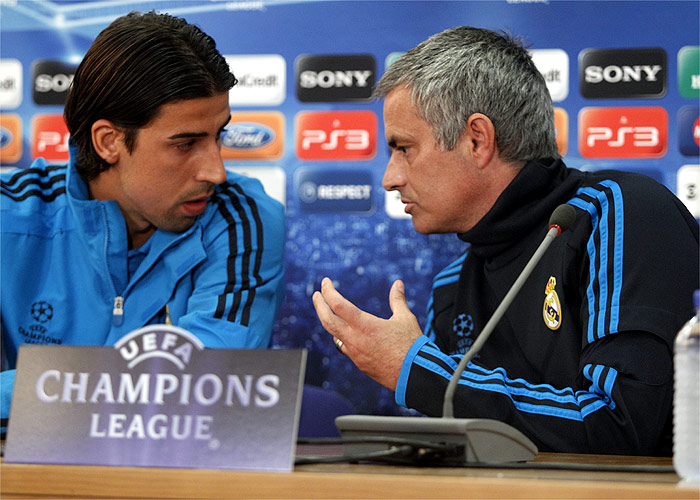 Juventus midfielder Sami Khedira has talked up a move to the Premier League, having fallen out of favour in Italy.

The 33 year-old hasn’t played a single minute of action this term, despite an extremely busy schedule of fixtures, and looks unlikely to feature unless a raft of absences were to stack up.

His last competitive appearance came against AC Milan in the Coppa Italia in June, but hasn’t even been called up to a matchday squad since the arrival of Andrea Pirlo as boss.

The German is now targeting a move to England, after admitting that it has been a ‘big dream’ of his to play in the illustrious Premier League.

“When I was a child it was always a big dream of mine to be a Premier League player,” Khedira told Sky Germany (via SkySports).

“I am really happy and satisfied with my career until now but one thing is still missing because I always had this dream and it has never come true… to be a part of the Premier League.

“I enjoyed always to play with my teams to play in the Champions League against the English clubs. The atmosphere, the style and idea of football has always impressed me.

“If it is possible it will for sure be a really big dream [come true] and honour to be a part of the Premier League.”

Asked why he held the Portuguese in such regard, Khedira said: “Because of his personality, He is always honest, direct, clear in his mind and a great coach.

“Many people talk about him [being] too defensive but he is a winner, he is a champion. That is why he impressed me the most.”

Khedira turns 34 come April, and I struggle to believe that Juventus would stand in his way should he find a potential move to England come January.

Would Sami’s game suit the Premier League? How many injuries would we need for Khedira to be considered for a start at present?