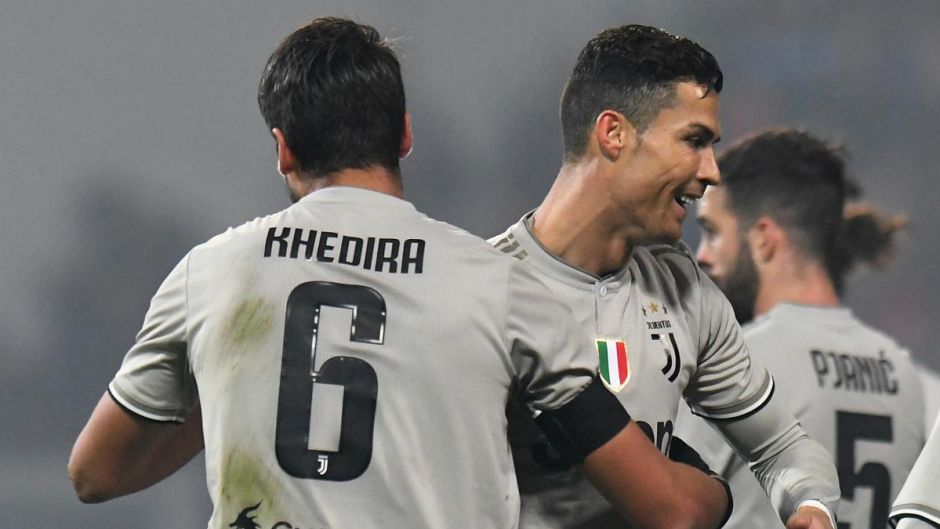 Khedira: “I met two Cristiano Ronaldos, one in Madrid and another in Turin”

During his time in Turin and beyond, many things were said concerning Cristiano Ronaldo’s impact at Juventus.

The Portuguese completed a ground-breaking transfer from Real Madrid to Juventus in 2018, before leaving the club in favor of a return to Manchester United last summer.

While his fanbase will always point to his impressive goal-scoring stats during his three years at the Allianz Stadium, his detractors believe that the club’s general state regressed during his watch.

Therefore, it’s Sami Khedira’s turn to shed light on the situation. After all we’re talking about someone who acted as his teammate at two different clubs.

The German played alongside CR7 at Real Madrid between 2010 and 2015, before they were reunited at Juventus in 2018.

The 2014 World Cup winner admits that he found a different version of Ronaldo in Turin, while offering some explaining.

“I met two Cristiano Ronaldos, one in Madrid and another in Turin,” said Khedira during an interview with ESPN via Calciomercato.

“In my second experience with CR7, I found him still selfish, but at the same time, more of a natural leader. Don’t get me wrong, at Real was a part of the team, but in Turin, he was a bit more mature.”

The retired midfielder also talked about his brief conversation with José Mourinho which proceeded his transfer to Madrid.

“After the defeat against Spain at the 2010 World Cup, I was really upset and depressed. Then I got a message from my brother saying that Mourinho wants me.

“But I doubted the story, I was very young and didn’t believe it. But then I called José and he said ‘Yes, you are an incredible player and an incredible guy, I want you to join me at Real Madrid.’

“We had the talks, but a minute or two later. José just asked, ‘What are your expectations?’, I said I wanted to win. And he said, ‘Great, see you in Los Angeles in two weeks’, and that was it!”

Video – Paulo Dybala trains with the squad ahead of Juventus-Spezia

Juventus pondering over the future of their loaned-out defender