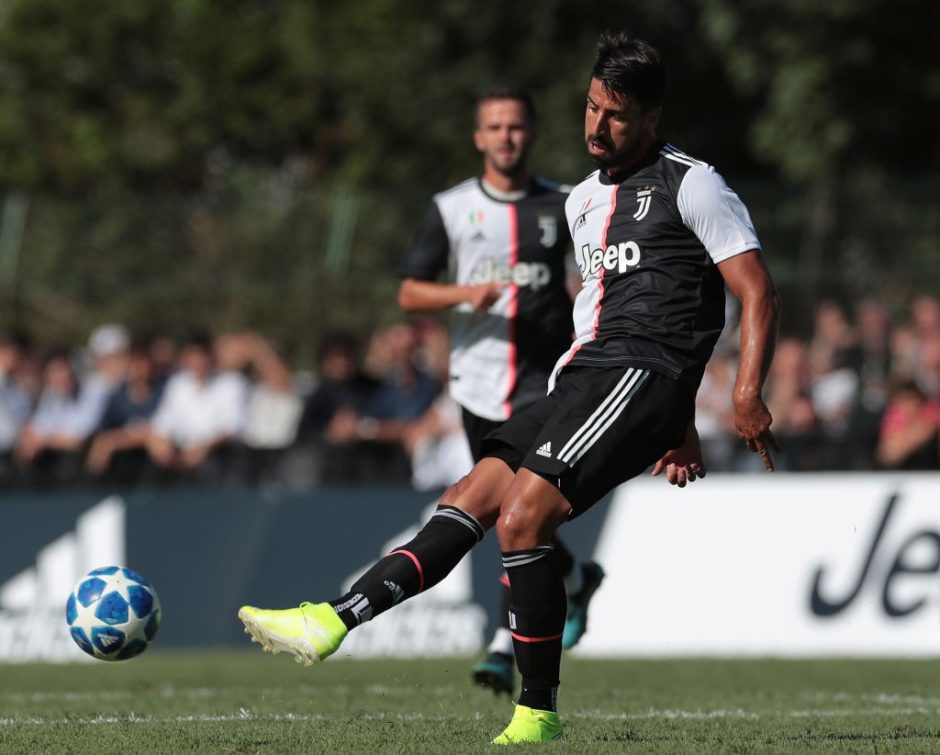 Sami Khedira insists that he has no intention of leaving Juventus this summer and that he can get back to his very best.

Khedira was expected to be among the players leaving the Bianconeri over the summer, but the midfielder will instead form part of Maurizio Sarri’s new-look Juventus this season.

“Sarri wants us to play in a totally different kind of way,” he told Kicker.

“For that reason, we’ve had some difficulties and we need time to adapt to the new system, but it’s normal.

“Playing a different kind of football, pressing, intensity, passion and intelligence. They’re all things that appeal to me.

“My knee is fine and I feel completely fit, I trust my body. Last season was unlucky for me. I wasn’t very happy, with all the injuries to my knee, the heart operation. I’d entered a negative spiral.

“If you play for Juve you always want to win the Champions League, you have to improve year after year. And I always want to be amongst the 11 starters.

“After a training session, I felt dizzy and I couldn’t see clearly. I warned the doctor, but I didn’t feel my life was in danger and the arrhythmia operation was almost routine.

“I’m convinced that I can get back to being at the highest level, otherwise you’d be talking to a pensioner and not the footballer Khedira. I can play at such a level for three more years.

“I haven’t talked to any other teams. I know there’s many of us and that Juve must sell. At 32 and having played just 17 games last season, I was always going to be scrutinised.

“It’s always been like that for me, but I’ve always ended up playing. With Juve, everything was clear from the start of preseason.

“I wouldn’t leave and I didn’t want to leave. I heard I was only staying for the money. That struck me because then the fans believed it. I’ve never played for money, only to win trophies.

“I want to make my dream of winning the Champions League with Juve come true because I love the club, the team and the city.

“We mustn’t hide. We didn’t buy Ronaldo or De Ligt to go out in the quarter-finals or semi-finals.

“The club are aiming to win the trophy, even if only thinking about that would be fatal. The title race this season will be more exciting than the last one.

“Inter have got stronger and taken a very good Coach in Antonio Conte, while Napoli must always be considered.

“We need to start the season focused and draw belief from that into Europe. It would be a good season for me if I could play 80 percent of the games and win the three main trophies with Juve.”