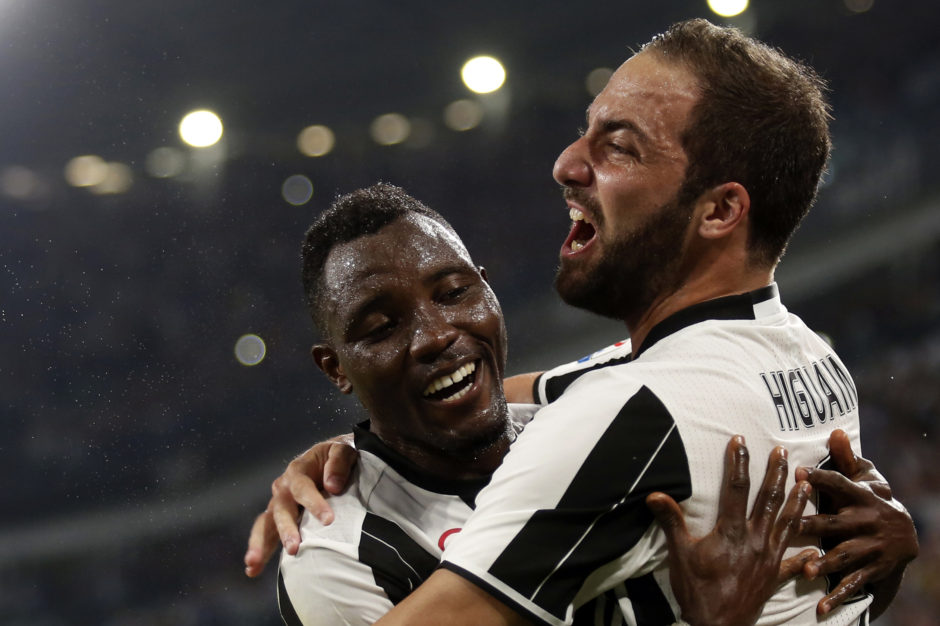 Multiple reports in Italy suggest Kwadwo Asamoah is close to leaving Juventus as his agent meets with Inter Milan today.

The Ghanaian has enjoyed a strong season, rolling back the years and supplanting Alex Sandro as Juve’s first choice left-back in a number of big games this season.

Asamoah is out of contract this summer and as such, his agent is free to discuss offers with other clubs in the coming weeks, however it seems one club is close to agreeing terms with the player.

Premium Sport, Goal Italia and Sky all report that agent Federico Pastorello is meeting with Inter Milan representatives this afternoon and is close to sealing a deal for Asamoah to join them in June.

Its reported that Inter’s offer is €3.5m per year with a contract for three years, effectively taking him to the end of his playing career.

Kojo has played in 151 games for the Bianconeri, scoring five goals in his six seasons in Turin.