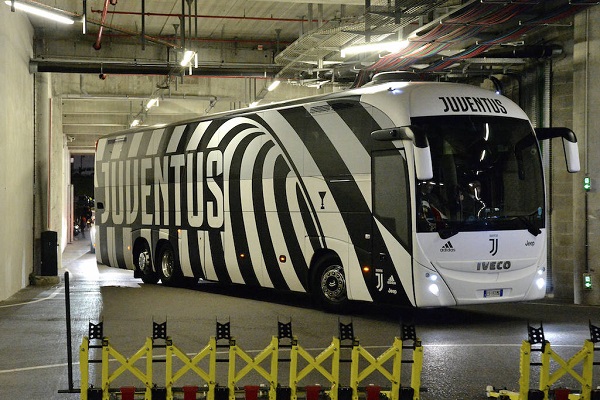 Juventus have finally taken the bus journey from Turin to Milan for their game against the League leaders this evening.

Juve had seen their scheduled trip interrupted and delayed due to the covid-19 outbreak that they suffered this week.

After Alex Sandro had tested positive for the novel coronavirus on Monday, Juan Cuadrado returned another positive test yesterday as well.

Their team had to be retested again to ensure that no one else had been infected before they made their trip to Milan.

That delayed their move by almost a day, and at the start of today, they were still waiting for the result of their latest swabs to come back.

SportMediaset via Football Italia is now reporting that the Bianconeri is making the trip to Milan after their remaining players tested negative to the virus.

Their game against Milan is one of the most important matches that they will play this year, and it is a game that they have to win.

After beating Udinese in their first game of 2021, they should be confident of earning the points here too, but Milan will not be an easy team to beat.

Stefano Pioli’s side has built on their fine end to last season, and they are currently unbeaten in the league.