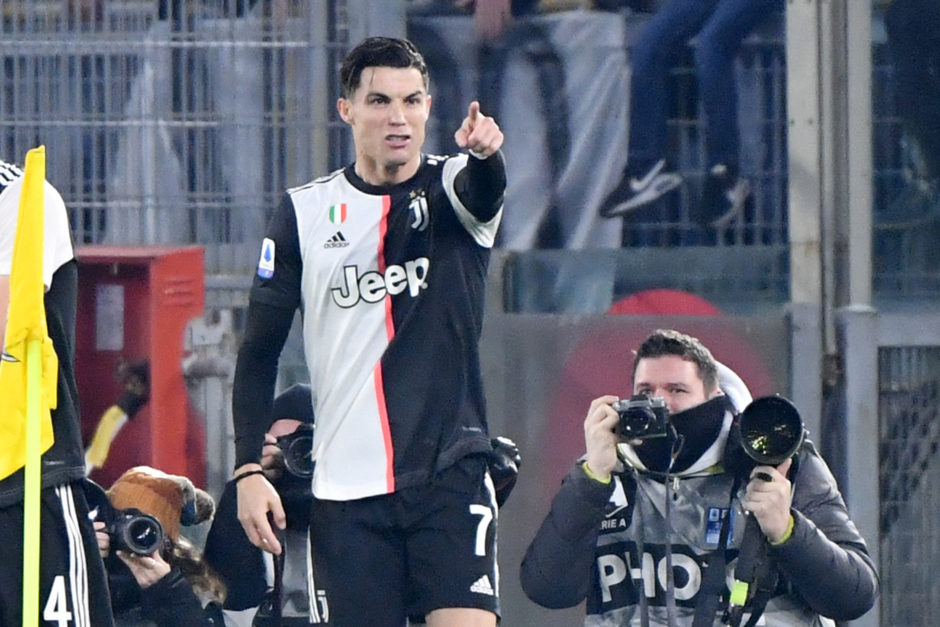 Juventus slumped to their first defeat of the season, despite Cristiano Ronaldo opening the scoring in their 3-1 loss to Lazio.

Szczesny: Looked exposed in the opening half, largely down to Lazio’s strong attacking play and a lack of cover from the defence. Performed some superb stops before being called into action to save Lazio’s penalty effort and the rebound. Even managed to stop the initial effort that led to 3-1 and possibly the only player to emerge with credit on the night. 7.0/10

Juan Cuadrado: Made some surging runs and a good interception in the first 45 minutes but failed to really impose himself on the match in the second and was duly sent off for a challenge where he should have got the ball. Poor by his standards. 4.5/10

Leonardo Bonucci: Really should have done better in the air on Lazio equalising goal, and he was caught flat-footed on the Lazio run that led to the penalty. His positioning was off and he looked flat on his feet for much of the game. 5.5/10

Matthijs De Ligt: A good tackle to start the game and his awareness was better but he had a torrid time of it in second half and should have done far better on Lazio’s second goal where he simply wasn’t physical enough.  5.0/10

Alex Sandro Some good interceptions and clearances aside, he did little to relieve the pressure Juve were under. 5.5/10

Miralem Pjanic: Needlessly booked early on and that may have hampered his overall effectiveness, but he was unimposing for much of the match and failed to dictate the tempo for Juventus. 5.5/10

Rodrigo Bentancur: Sensational start with some lovely touches and perfectly timed runs before providing the assist for the opener. Unfortunately injured and had to go off. 7.0/10

Blaise Matuidi: A mixed match and while he got stuck into the dirty work he always seems to lack that vital ball in the opposition half.  5.5/10

Federico Bernardeschi: Should have added to Juve’s tally, but he looked bright in the opening ’45 and played a good ball to Ronaldo that could have made it 2-0. A ghost thereafter and was rightly taken off as he was wholly ineffectual. 5.0/10

Cristiano Ronaldo: Looked fired up from the start and duly put Juve ahead with a straightforward finish before forcing a great save from Strakosha from a headed effort. Couldn’t really make anything of note in the second half and was hampered by the lack of service when Juve were down to ten men. 6.0./10

Paulo Dybala: Some nice movement on and off the ball but foolishly booked in the first half, and he was MIA in the second, creating nothing of note and drifted out of the match. Should have squared the ball to Ronaldo but wasted a chance to put Juve in the lead. 5.0/10

Maurizio Sarri: Hard to see what other choices he could have made in midfield, given the injury crisis that Juve seem to be facing. Got things spot on in the opening half but Higuain should have been on sooner in the second. 5.5/10

Emre Can: Looked off the pace when he came on and while he made a decent pass to open things up for Bernardeschi, he was unimposing in the midfield and wholly at odds with type of football Sarri was trying to play. 5.0/10

Danilo: Laboured when he came on as a sub but did what he could in a game that already looked like a defeat. 5.5/10