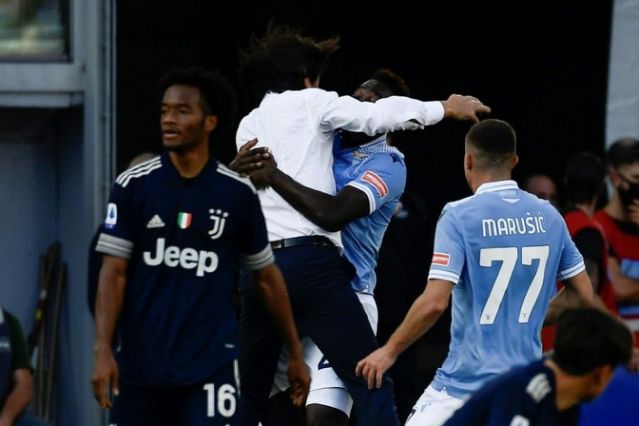 Juventus will feel hard done-by after the last-minute equaliser scored by Lazio, but their manager insists that the result was deserved.

The Old Lady led the match after 15 minutes when Juan Cuadrado ran deep into the penalty area and found Cristiano Ronaldo inside the six-yard box, who was not for missing.

We had allowed our rivals to enjoy large spells on the ball, and hit them on the counter, and largely the ideal was working well, but in the second-half we were having less and less clear-cut chances at the other end.

Their equaliser couldn’t have come at a more painful time however, as they scored with the final kick of the game to deny our team a resilient three points, and Simone Inzaghi insists not only that the scoreline was deserved, but his goalscorer done enough to deserve his effort also.

“Felipe deserves all of this. He’s a player that knows how to get along with everyone, but he’s not alone: even in St. Petersburg those who entered gave a great help,” the manager said after full-time (via Gianluca Di Marzio). “And today all the substitutes gave a fundamental contribution.”

“We were without starters like Stakosha, Leiva, Lulic and Immobile. Against Brugge we had 13 players, 14 in Russia. We played an incredible cycle of matches with the players we had. For this, the celebration was more intense than usual. It took everyone, we knew that the moment was difficult but we have a great heart. These guys exceeded themselves.”

“We deserved this tie. Juventus has enormous quality, they hit a crossbar but we also had our chances. For how we arrived to this match, we had a great performance.”

As a Juventini on the other side of the coin, I can’t agree with Inzaghi, but I can understand his want to praise his players in salvaging a point.

Did Juventus deserve all three points?

Max Allegri wanted by one of the biggest sides in Europe