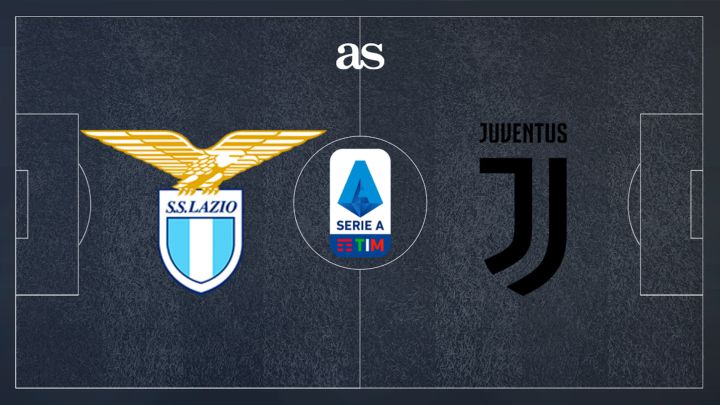 As suspected, the joyous rhythm seen in the Zenit game was just a one-off and not a seismic change in the philosophy of the coach. After all, that game was not all that meaningful since Juventus pretty much already had the qualification in hand and played more carefree. Massimiliano Allegri went back to his usual stuff versus Fiorentina.

While a win is a win, and thankfully the Bianconeri were able to seize the massive opportunity, it is hard to imagine the team mounting a comeback with such style. The defense is not stingy enough to rely on keeping the clean sheet as the focal point of a successful strategy. However, it was nice to see Matthijs De Ligt perform at elite levels in a difficult match-up. Maybe the fact that he stepped into a leadership role with both Giorgio Chiellini and Leonardo Bonucci out of the lineup helped him.

But the main drawbacks are at the other end of the pitch. Limiting the team to scrounging goals rather than attacking with conviction has proven to be highly detrimental time and time again. It felt like a massive overcorrection after what happened against Sassuolo and Verona. The 15-minute outbursts, usually late in matches, when the team ups its intensity, pins the opponents, and brings more men to the final third are nice and usually bear fruits. One has to wonder while the squad too often has to resort to that, usually when the situation gets desperate, rather than have a more productive and less rushed offensive plan. One quarter of the season is gone, and Juventus have yet to find their happy medium between the two phases.

The next two games will be pretty telling about what the prospects of the team really are. The Bianconeri have fared decently in crunch matches, avoiding the lapses that plagued them against the minnows. But they defeated just Roma, drew with Inter and Milan, and lost to Napoli. There should not be issues regarding the approach or the level focus, but better results are paramount.

The international break injury tax has taken Federico Bernardeschi, Paulo Dybala and Aaron Ramsey, while Giorgio Chiellini got hurt in the last Serie A game. Moise Kean has recovered, while Adrien Rabiot figures to be in better shape and will man the left flank. Federico Chiesa will most likely start up front next to Alvaro Morata. The coach raised some doubts about the South Americans but, with Mattia De Sciglio still out, there is not much of a chance of resting them. Still, it would not be surprising to see somebody that stayed in Turin in the past two weeks get the nod, such as for instance, Arthur or Luca Pellegrini.

Lazio are understandably still in the early stages of becoming a Maurizio Sarri team. The seeds are there, plus he had to apply some adjustments after some early stumbles. We will see whether they will be legit Champions League contenders as things have yet to fully shake out behind the top three positions. However, it feels like the gaffer has landed in the right team. Their management likes stability on the bench, it is generally a pretty serene side, plus the pressure of getting results is not exactly huge.

And he has a few toys to play with, even though things have not been super smooth right away. Luis Alberto has been pretty much the only source of drama in recent years, and the two butted heads at first. Sarri benched him a few times, questioning whether it was feasible to have him and Sergej Milinkovic-Savic on the pitch together from the work rate standpoint with one fewer defender on the pitch compared to the Simone Inzaghi days. Things could have gone awry, instead they met halfway. The midfielder took a step toward the gaffer, started to bust his tail more in the passive phase, and they have gone back to fielding their top players together.

It is not easy to go from a rather opportunistic 3-5-2 to a proactive 4-3-3, and there have been some growing pains. They have struggled on the road, losing to Milan and more worryingly to Bologna and Verona. However, they reportedly hashed things out in the locker room after that faux-pas, and they went out a drew with Atalanta in their ensuing road fixture, where they were unlucky not to prevail.

Instead, they have constantly been tremendous at home. They dropped points only versus Cagliari and bested Roma, Inter and Fiorentina, among others. They have won in 16 matches on their own turf in 2021, something they had not been able to do since the ‘50s. It is also one of the best marks in the entire league.

They did not spend a lot of money in the summer, but they did enough to facilitate the tactical transition. In particular, they needed wings, and they got two for cheap in Pedro and Felipe Anderson. They might not be the most exciting purchases, and the Brazilian attacker is very feast-or-famine, but they are two high IQ players that fitted right in. Having previous experience at Lazio helped Anderson, while Pedro was already familiar with Sarri. Mattia Zaccagni should end up unseating one of the two if he performed like at the peak of his Verona powers, however he has been slowed down by multiple injuries in the early going.

Besides Alberto’s new attitude, the insertion of Danilo Cataldi over Lucas Leiva has helped things out in the midfield too. He is more dynamic than the Brazilian, so he can cover more ground when his teammates attack. The Brazilian veteran is probably a better distributor, but the playmaking duties mostly fall on other roles.

They have had more troubles in the back, as all their pieces better fit a three-man line better. As a matter of fact, they have given up the most goals of any top-eight team, and that is pretty telling considering that there are not a lot of defensive juggernauts in Serie A. After some glaring mistakes, they lowered the offside trap, but it is possible to exploit it with the right timing. Francesco Acerbi and Luiz Felipe are not exactly hellacious man-to-man markers and sometimes still take risks as if they have an extra man behind them they could count on.

They are not entirely a Sarri side in the sense that they do not necessarily command matches, keep an enormous amount of ball possession and bamboozle the opponents with quick passes and lovely interplays. They have a 55.2 percent rate, which is solid but not elite yet. Counter-attacking is in the fabric of this side.

Juventus could catch Lazio at a good time since Ciro Immobile is iffy to play, although their coach refused to rule him out altogether, leaving the door open. Rather than using Vedat Muriqi, they would go with a false-nine, Pedro, and insert Zaccagni on the wing if Immobile could not play. They would be highly unpredictable, and Milinkovic-Savic will step into a bigger role as he is one to do in big matches. However, they have generally struggled, also emotionally, without their top guy.