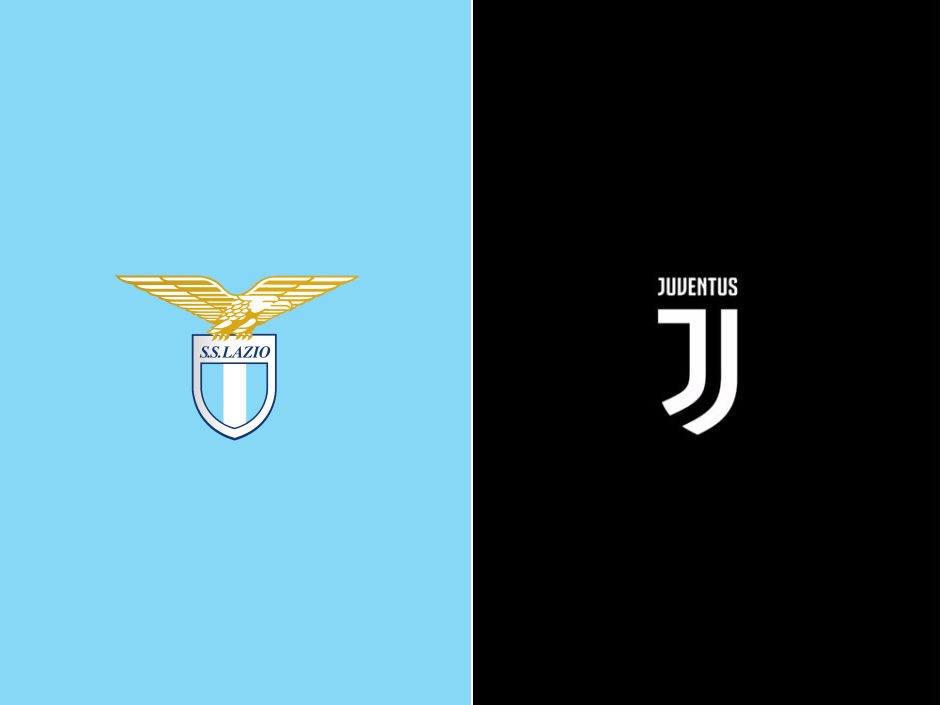 In an unlucky turn of events, the last Serie A game with Atalanta was postponed. It looks like it did not snow for that long in Turin, but it was a blizzard when the game was about to kick off. The match will go down on March 14, so we will not have to wait for too long to erase the always inopportune asterisk from the standings.

The lads then got the job done in Coppa Italia, again against the Goddess. This time sitting back and waiting was reasonable, because it was up to the opponents to score, and the back-line held its  own, not allowing any clear-cut chances. Douglas Costa was once again the best performer upfront, especially after he was moved to a more central position, and Miralem Pjanic sealed the deal by converting a dubious penalty after Blaise Matuidi clashed with an opponent in the box.

Up next is the Lazio game, in a weekend that could be relevant for the Scudetto race as Napoli take on Roma. Gonzalo Higuain is again out of the squad list as he is still experiencing pain in his ankle. It is not a long-term issue, but it is still bothering him and that is a bummer with a pair of key games coming up. Massimiliano Allegri said that they are optimistic about his availability for the London trip, but we will see. On the other hand, Paulo Dybala will start, so he is ready for a full load. The few minutes in Coppa Italia and the pre-game presser confirmed that he will be the centre-forward, with Mario Mandzukic as usual on the left flank. La Joya can cover that role and it is in that position that he burst onto the scenes in Palermo before moving a few meters back or to the right to co-exist with Higuain. It is also a different look from the usual one and I can not wait to see the Argentinian link up with Douglas Costa.

Giorgio Chiellini might be given the night off: Medhi Benatia will anchor the defence, alongside either Daniele Rugani or Andrea Barzagli. The youngster has put together a little string of solid appearances in a row so it could be wise to keep it going.

Juan Cuadrado and Mattia De Sciglio will not travel to Roma, as expected. A little side note on Federico Bernardeschi, whose injury is still surrounded by mystery. The team has not issued an official statement on what is wrong with his knee, while Massimiliano Allegri said that he will have treatment for about 20 days and then either come back or have surgery. Unfortunately, this is coherent with the reports of a slight ACL tear: if it was a MCL or a LCL one, you would not need to go under the knife aside from rare and massive cases, but certainly you would not wait for it. If it was a ruptured meniscus, they would have scooped it out by now. You can play with a damaged ACL, some athletes have done it in other sports, the problem is that it does not regenerate itself and the stability of the knee is compromised, so he would risk a bigger injury even with a little sprain.

UPDATE: It looks like Mandzukic has suffered a last-minute muscular injury, so Alex Sandro could move again to the trident or the tactic will switch to a 3-5-2.

At this point, the book is out on Lazio: they are a terrific offensive team, as a matter of fact they have scored the most goals in Serie A so far this season, they are a juggernaut against the minnows, but they can have some trouble expressing at their best against the top competition. Anyway, they have been more convincing than Inter and Roma so far, so they are very much in the race to get the third spot.

Ciro Immobile has a perfect scoring average and he needs just a sliver of space in the box to find the back of the net. Sergej Milinkovic-Savic is pretty much in God mode right now, he dominates in the air and has the confidence to try difficult plays and, more often than not, he pulls them off. He is a joy to watch and Claudio Lotito must be licking his chops ahead of a gargantuan sale this summer.

Filippo Inzaghi has been using a very compact 3-4-2-1 or 3-5-1-1, depending on where Milinkovic-Savic is fielded. The only role where they had some rotation is at the right centre-back position, where nobody between Wallace, Bastos and the newcomer Martin Caceres has been able to clearly outperform the other. Wallace has gotten more run lately, but it could be Bastos starting on Saturday.

They played 120 minutes on Wednesday against Milan in Coppa Italia and that could be an advantage for Juventus. The coach, who tends to use a consistent XI, could make some changes depending on the condition of his players: Senad Lulic and Stefan Radu could be rested and Jordan Lukaku has been their most used backup.

Felipe Anderson is slated to start on the bench after featuring midweek, with Luis Alberto reclaiming his starting spot, anyway he has recovered from a lengthy injury and worked his way back into form. They now have a legitimate no.12 and he can run riot against tired defenders. Adam Marusic is suspended for a silly reaction against Sassuolo: Dusan Basta has been a starter in Serie A for long, but he is less dynamic than the former Oostende player.

Maybe their difficulties against bigger clubs come from the fact that in those games are usually not able to impose their will, take their time and create a bunch of chances. They also do not excel in the defensive phase. However, Immobile and Felipe Anderson are deadly on the counters, so you would not want to overdo it on the offensive side of the ball.

Juventus have had a lot of success visiting the Biancocelesti in recent years, but Lazio snapped their lengthy home undefeated streak in the first match-up of the season.

UPDATE: Caceres is out with a muscular problem. 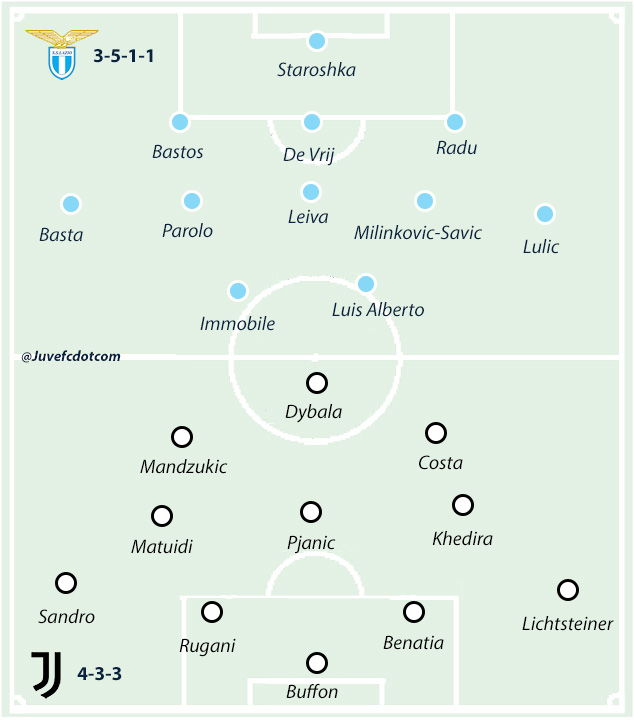