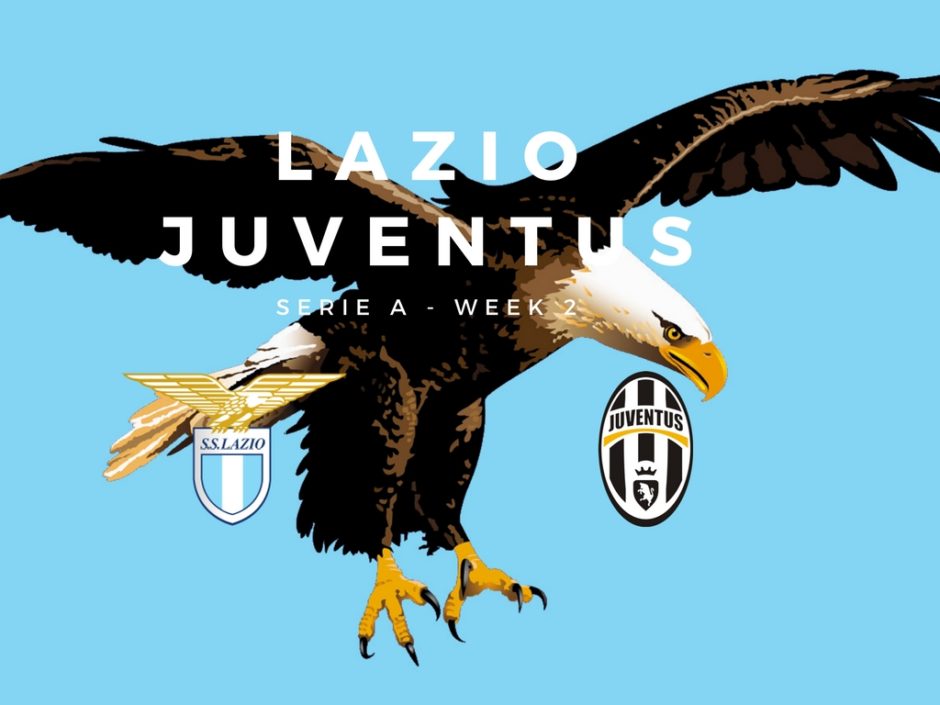 The Fiorentina game was definitely not a complete performance by Juventus, but there were plenty of positives. In the first half, the squad showed midseason form, dominating the game and outplaying the opponent. The intensity level waned in the second half as energies inevitably faded. Conceding at the first real chance, something that often happened in the preseason as well, was not a good look. Anyway, with a little more precision, the team could have put the game away early and this is the one element that it will need to stress early in the season as it is not in peak condition yet.

Good indications came from the midfield, which I reckon is the biggest concern for the fans, who are waiting for a big acquisition. Despite playing very little in the friendlies, Sami Khedira was splendid, but we already knew that – The hope is that his season will not be as injury-laden as the last one. Kwadwo Asamoah is healthy and spry and looked like his Udinese version: a powerhouse who can do damage on offense as well. Mario Lemina held down the fort in lieu of Miralem Pjanic and, as long as Stefano Sturaro and Claudio Marchisio remain sidelined by knee injuries, he has solidified his role as the top backup in two positions. Other good signals came from Dani Alves, who was a force on the right, and of course Gonzalo Higuain, who basically scored right away and solved the game in a difficult juncture where it could go either way.

As for the Lazio bout, unfortunately Leonardo Bonucci will miss the game because of personal reasons and hopefully everything will go well: his son underwent surgery for an undisclosed serious pathology earlier this summer. The coach said that either Daniele Rugani or Medhi Benatia will start: the Italian youngster makes a little more sense because of his characteristics, but it would not shock me to see Benatia on the pitch, with Andrea Barzagli sliding over to a more central position.

Pjanic has recuperated from his hip-pointer and will battle it out with Lemina to start in the heart of the midfield, with Khedira and Asamoah completing the department. In his presser, Allegri suggested that the Bosnian ace is not completely up to speed yet. Higuain will start on the bench as he is working his way back to top form: he has been deadly in the past against Lazio, scoring 12 goals in nine matches. I do wonder if Allegri has decided to slowly ease the two prized purchase into the XI rather than just giving them the job: it worked wonders with Dybala, but Higuain and Pjanic are not as green as Paulo was when he joined.

Alex Sandro had an OK game, but his defensive sequence that led to the equalizer was frankly horrible: first he whiffed on a long-ball that freed up a crosser and then he appeared to lose track of Nikola Kalinic on the corner kick. I can see Allegri picking Patrice Evra over him in this one. On the other flank, it is hard to bench Dani Alves, and really there is no reason to be overdefensive and field Stephan Lichtsteiner and Evra at the same time. Surely the Swiss right back would not be happy for missing two games in a row, which arrive amid extension talks and the possible return of Juan Cuadrado, which could further diminish his role. His possible departure is something to keep an eye on.

Simone Zaza is in England to negotiate his proposed move to West Ham, while Luca Marrone is reportedly in Belgium to talk with Zulte Weregem.

Atalanta-Lazio was simply nuts, just like the summer of Biancocelesti. At first, it looked like they had locked up Cesare Prandelli, then they veered to Marcelo Bielsa because it was a much sexier idea, but their pursuit went south just as it seemed they had ironed out every detail and even announced him. The lawsuit will tell what really happened between the two partys. In the end, they settled with Simone Inzaghi, who did not do a poor job last season and deserved to come back. Inevitably, their transfer market strategies were slowed down but they still got Ciro Immobile for relatively cheap and some new defenders, which they needed. Some acquisitions are rather exotic so we will need some more time to judge them.

In the previous game, Lazio didn’t do much in the first half, except scoring three goals on killer counter-attacks, exploiting Gian Piero Gasperini’s offensive mentality and Atalanta’s poor defence. The home team came back, with a big assist from Federico Marchetti, who helped Franck Kessie score a brace with a couple of blunders. Lazio sealed the game with Danilo Cataldi and the late goal by Andrea Petagna did not re-open it.

There were some mixed indications from that game: even with half of their good players out, Lazio is explosive on the counters and Ciro Immobile is perfect for that. Their defence is shaky and that shows, especially if the usually reliable Marchetti has a poor game: they need their reinforcements to pan out.

They will have considerable help back for the Juventus clash: Felipe Anderson has returned after winning the gold medal in the Olympics and Senad Lulic and Stefan Radu have recovered from muscular injuries. Also their new centre-backs Wallace and Bastos have had one more week of practice to acclimate themselves.

Their only absentee could be Balde Keita, whom they are at loggerheads with. The winger wanted to be sold this summer or at least get a new contract as he feels he is underpaid. Claudio Lotito, as you would imagine, put a hefty price tag on him and did not proceed with the extension. Last week, Keita stopped practicing because of knee soreness and the club issued a statement essentially accusing him of faking the injury, while the player said that the doctors told him to rest for few days. A bizarre situation that will take some time to be solved.

4-3-3 is their base scheme for the season and the return of Felipe Anderson and Lulic bolster a ragtag wingers’ corps, where the youngster Cristiano Lombardi, fresh off that a great of a season in the third league with Ancona, started, and of course scored, against Atalanta. Both are expected to feature from the start, especially because Ricardo Kishna has been pretty underwhelming.

The alternative would be a three-man defence, which Simone Inzaghi has heavily rehearsed during the week. It would not the 3-5-2 shown in the later stage of the previous game, but rather a 3-4-3, with Lulic playing left winger but with heavy defensive tasks. Bastos, who had already played five official games with Rostov before coming over, has a solid chance to start, either as right centre-back replacing Wesley Hoedt or on the left of the defensive line if Radu is not ready. Compared to the last game, Sergej Milinkovic-Savic would start on the bench to make room for the three defenders. This option is gaining steam: it is also possible that Lulic starts as left wing back, with Kishna back in the lineup and Jordan Lukaku on the bench. 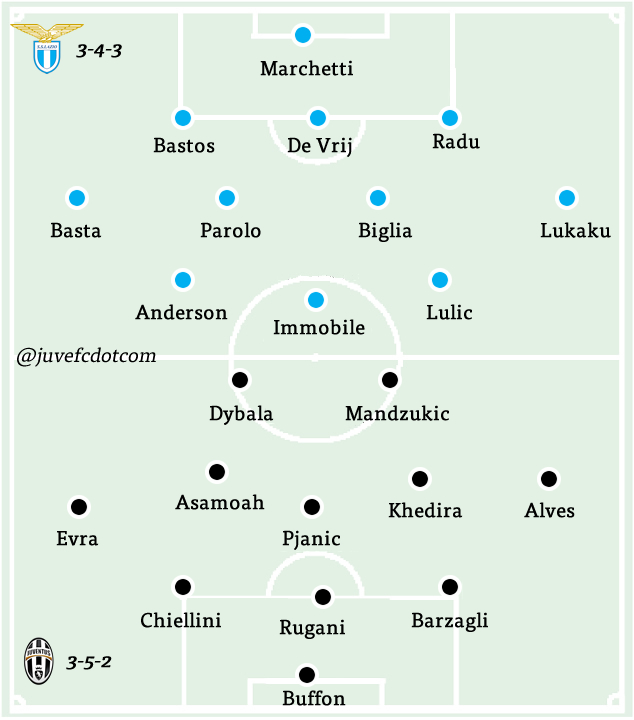